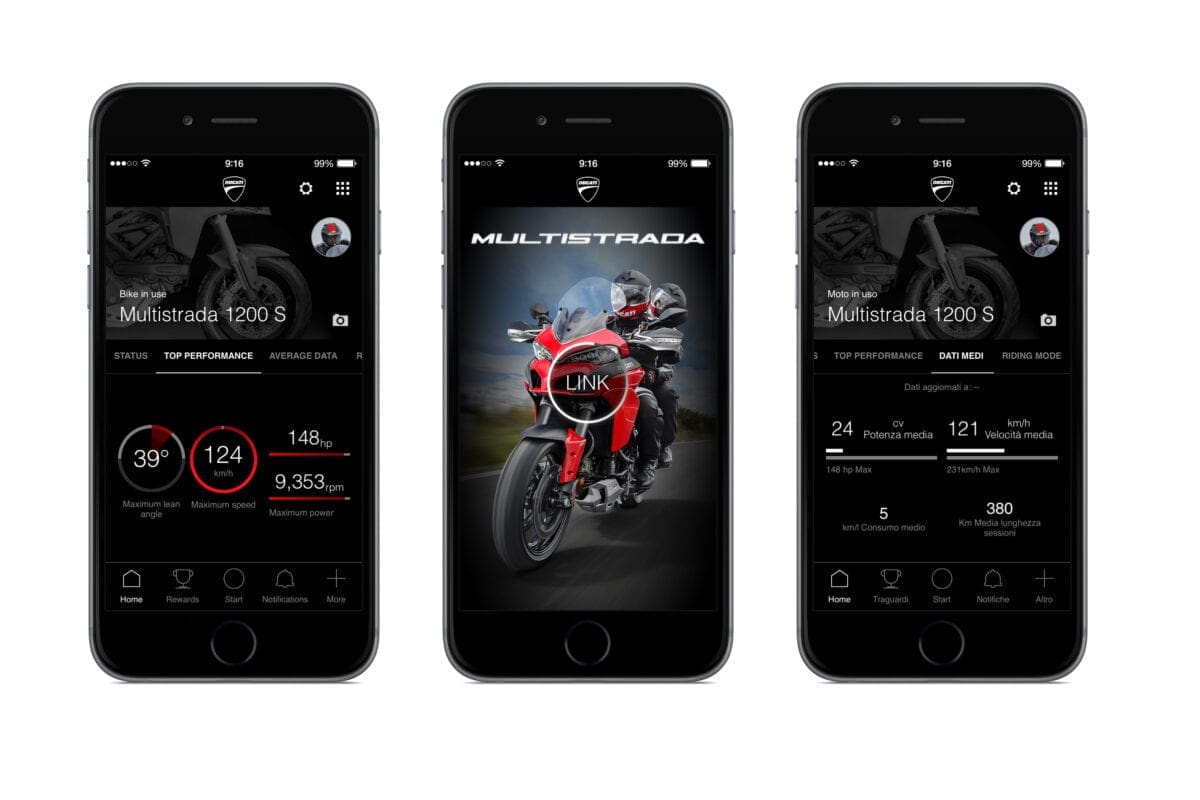 Ducati launches Multistrada Link app – smart phone meets smart(er) bike.
The first Ducati motorcycle to feature Bluetooth technology as standard and use a system where vehicle, smartphone, satnav and helmet are all interconnected, the Multistrada 1200 S is the first bike to get the new Link app.
Usable on iOS operating systems and soon to be available for Android, Multistrada Link records and displays rider and motorcycle performance during the ride, information on ride and route and let users share the travel experience on social media.
Multistrada Link has a long list of functions; it let users check and update their profiles and motorcycle status (fuel level, riding mode usage percentages, distance ridden) and keeps a log with detailed information on previous rides and routes taken.
Multistrada Link gathers data from the motorcycle before, during and after the ride via Bluetooth technology, which connects the smartphone to what Ducati calls the vehicle Controller Area Network (CAN). During the ride, a smartphone with the new Ducati app will record the maximum lean angle and also display real-time lean angles plus the lean angle on the last corner taken. Afterwards, the user can pin-point on the map where the maximum lean angle was achieved. 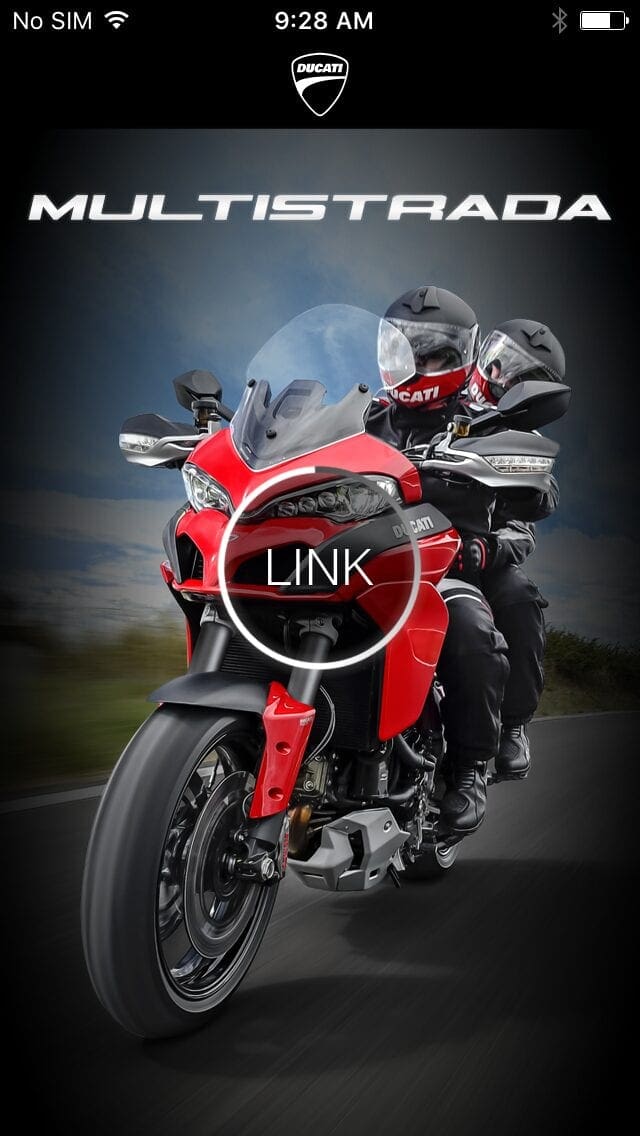 In addition to lean angles, Multistrada Link also records maximums and averages for power delivery and speed and displays this data while riding.
At the end of the ride, the app saves all the data and information about the ride and lets the rider update any targets achieved, such as total distance covered or that covered during the single trip, number of routes recorded or consumption thresholds. The rider can share as much of the data as they want to on social media.
Further, Multistrada Link let users add photos and describe the journey; it also lets a rider post which route was the best taken.
After downloading the app to your smartphone, you can log in with the same access details used to enter the Ducati.com website or set up an account from the app via a standard registration form.