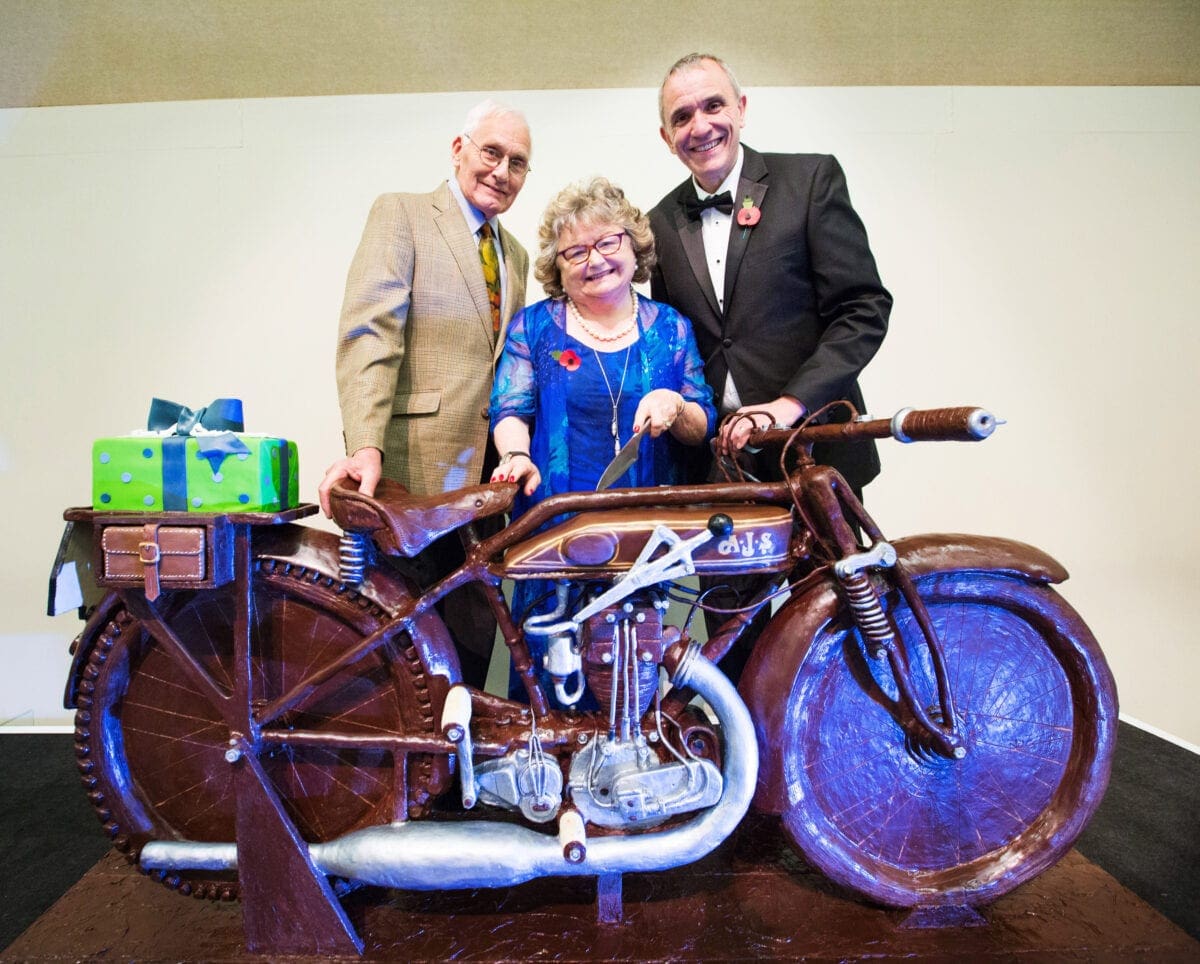 TO MARK its birthday and celebrate thirty years in business, Carole Nash insurance has unveiled a life-size replica of a motorcycle made entirely from cake and chocolate.

Measuring 2 metres in length and 0.9 metres tall, the unique creation is modelled on the exact motorcycle that Carole Nash first insured back in 1985, an AJS 1927 which to this day is still insured through the company.

Dubbed as the world’s first ‘motorbake’, it took over one month to design and 375 hours to create and includes a whopping 60kg of chocolate, 25kg of icing and a gut-busting 23kg of cake mix. In total the motorbake weighs in at a staggering 100kgs.

Revealed as a surprise during the Altrincham based firm’s 30th birthday party at Manchester’s Imperial War Museum, the motorbake didn’t hang around for long  as it was being enjoyed amongst the company’s 300 employees.

The now retired Founder, Mrs Carole Nash OBE,DL (pictured above with David Newman and Ivan Rhodes), said, “This was a momentous occasion for the company and it was fantastic to see the first bike we ever insured memorialised in cake form. What better way to celebrate our thirtieth birthday than with a slice of cake.”

David Newman, Chief Executive of Carole Nash, added, “We’re extremely proud to be celebrating our 30th anniversary as a business this year. This historic achievement, as well as our continued growth and success, is testament to the talent and dedication of our colleagues, many of whom have been with us since the very early days of the business.

“It was a pleasure to be able to celebrate this milestone with everyone who has been involved in the combined success of Carole Nash over the last thirty years. In particular our loyal customers, some of whom have been with us since day one.” 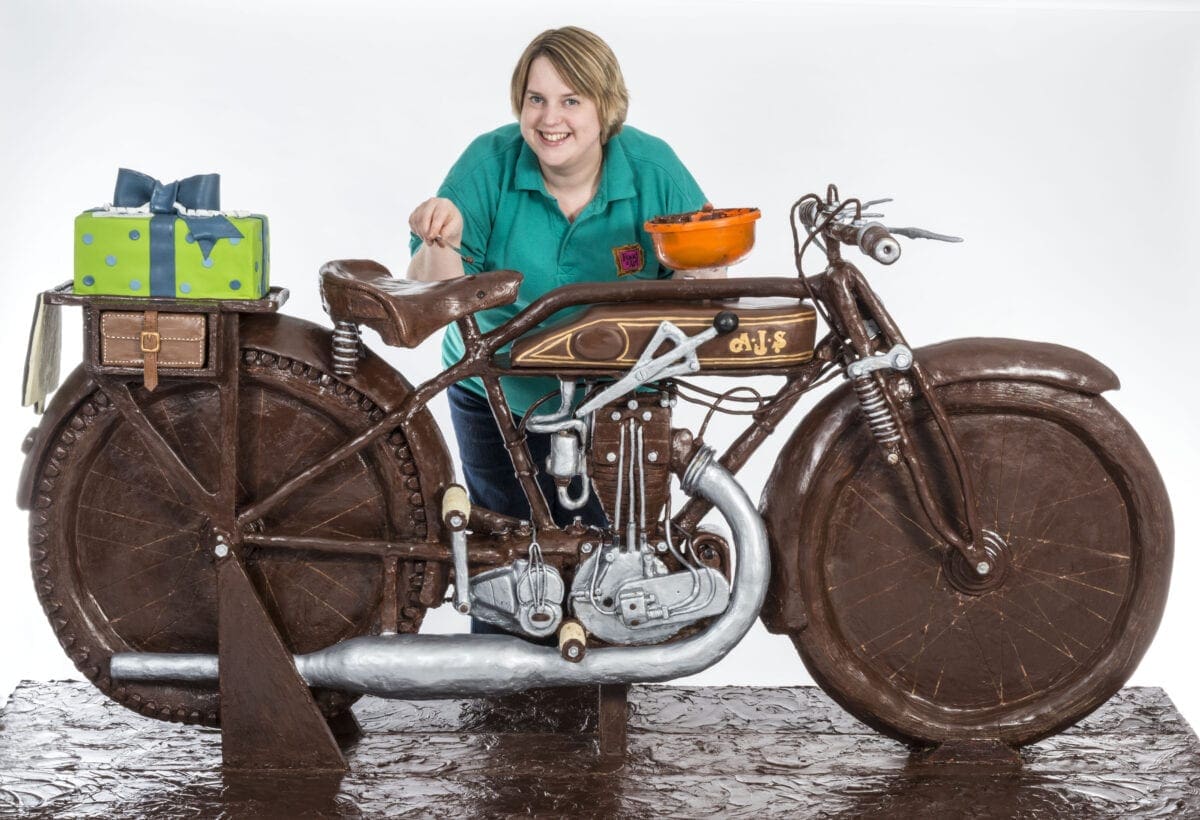 The cake was made by food artist Prudence Staite (above) and her team, from Tewkesbury, Gloucestershire. As unusual as the creation is, this isn’t the first quirky commission that Ms Staite has undertaken. Some of her other works of food art include a portrait of the Queen made from 2012 cupcakes, a life-size chocolate sofa and even Rome’s Colossuem made from pizza dough.

For anyone wishing to make the motorbake, it should be noted that you would need 7kg of caster sugar, 7kg of butter, 124 eggs, 7kg of salf-raising flour, 31tsps of baking powder, 2kg liquid glucose, and 60kg of dark, milk and white chocolate, plus edible silver food colour to give the authentic AJS style.

It’s the Great British Bike Off (as a cake) for Carole Nash’s 30th anniversary celebrations.