We first showed you behind the scenes shots of the bikes a couple of weeks ago, and now we have the official photos.

Both bikes feature a new 1050cc triple engine with what Triumph claims are 104 new developments and increased torque throughout the rev range.

The new bikes have new styling including all new twin headlamps, daytime running lights and all new bodywork. They also come packed with rider-focused technology such as riding modes, switchable ABS and switchable traction control, as well as Brembo monoblock calipers as standard.

The R is the higher spec version of the two bikes and features carbon bodywork inserts and front mudguard, billet finishers and Öhlins suspension front and rear. See the full spec of both bikes below. 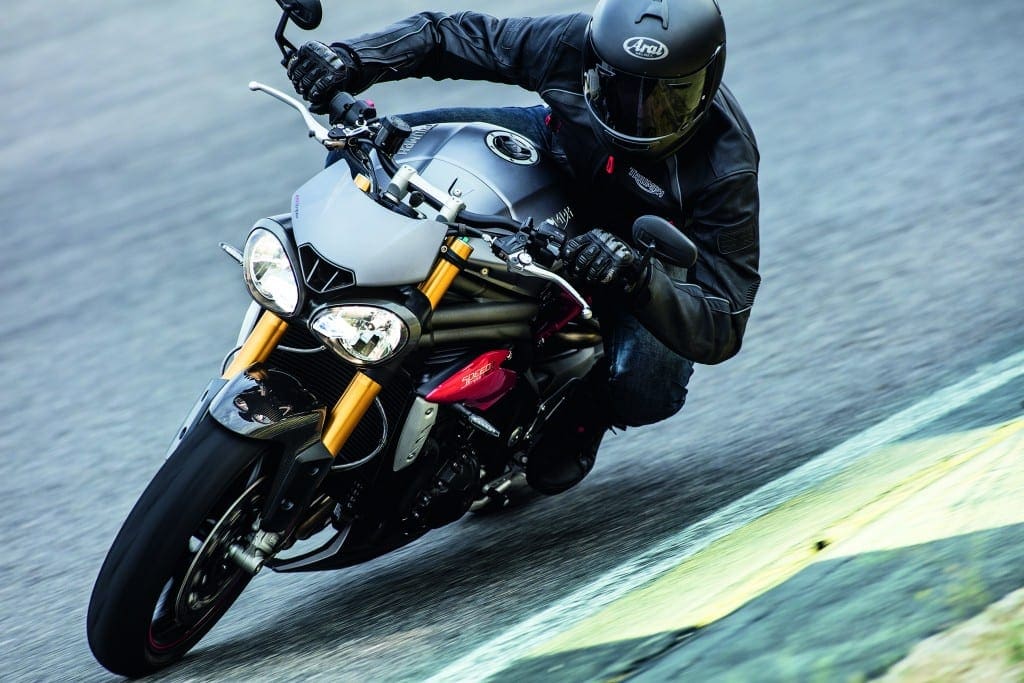 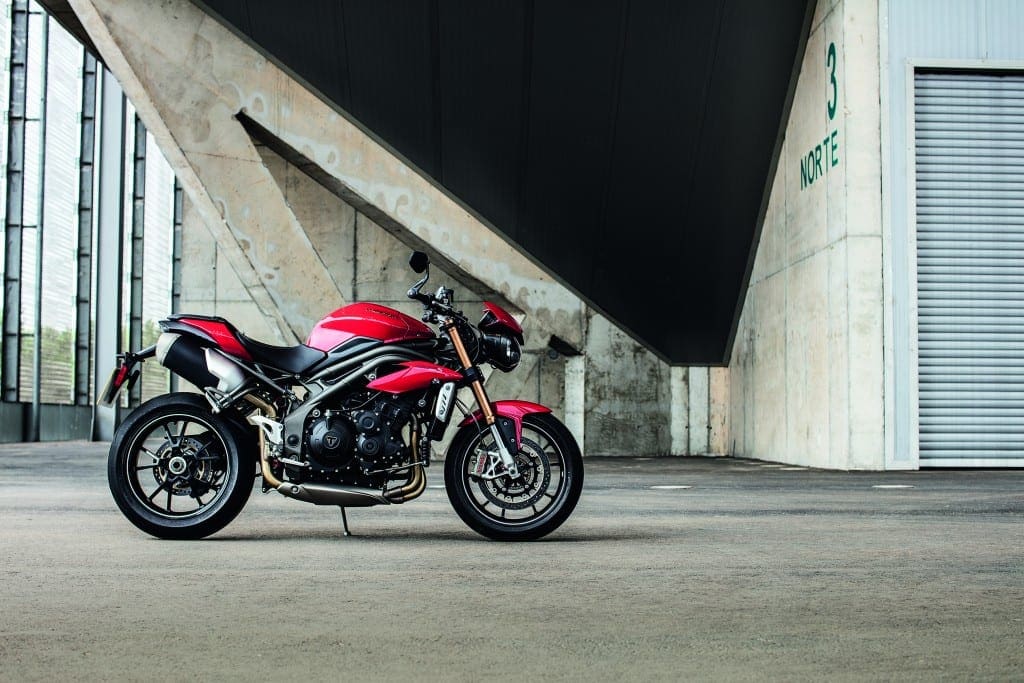 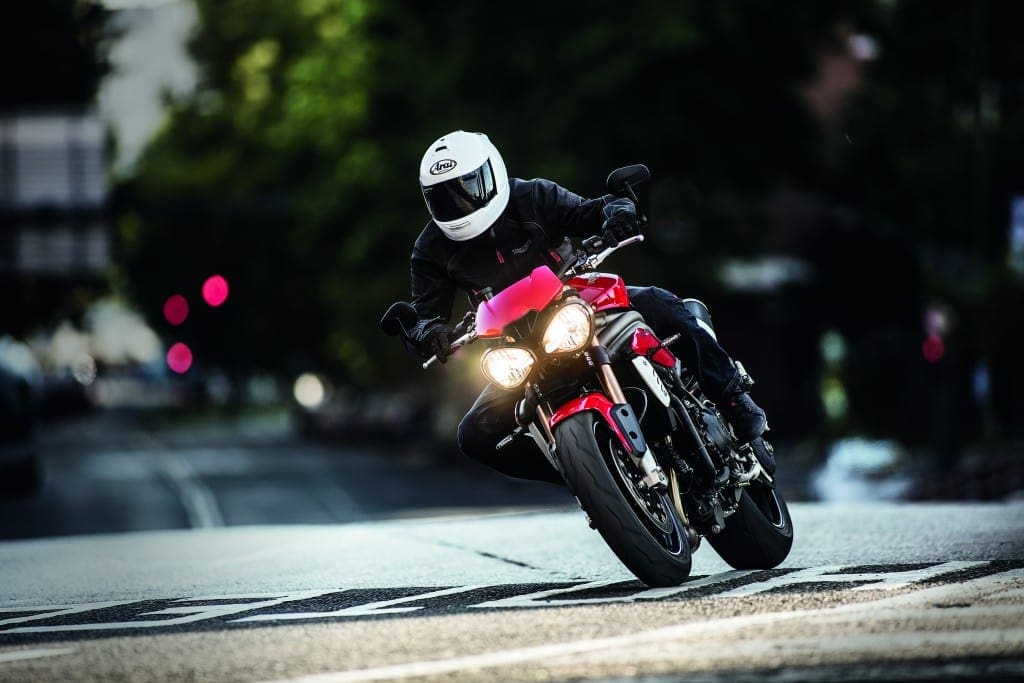 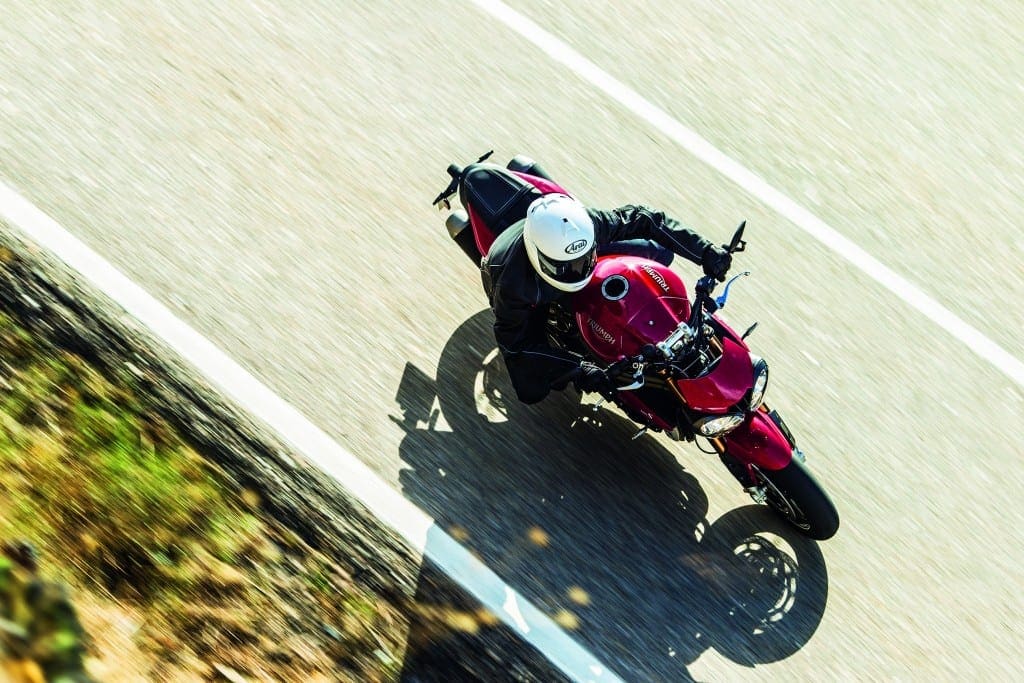 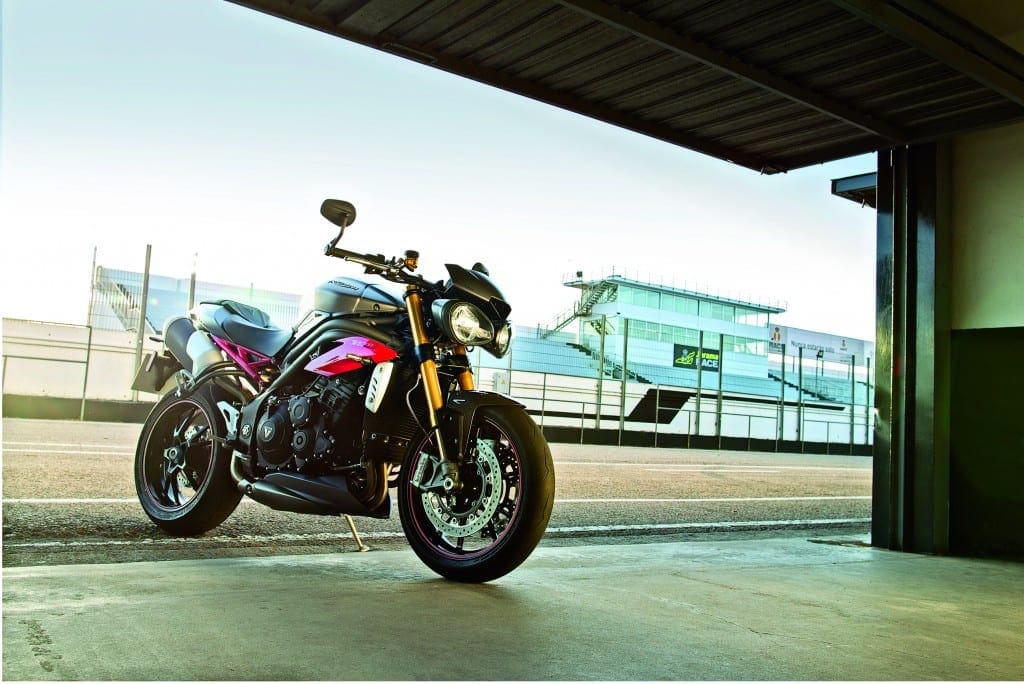 Here is what Triumph itself says about the new models:

The new Triumph Speed Triple S and Speed Triple R take the legacy of the first factory street fighter to a completely new level in terms of performance, agility, power, handling and capability.

The new Speed Triple S and Speed Triple R also feature a suite of rider-focused technology. Among the features that add to the Speed Triple’s performance and capability are a new ECU coupled to a new adjustable Ride-by-Wire throttle with selectable throttle maps that increase the feel, responsiveness and control. There are now 5 distinct riding modes to choose from: Road, Rain, Sport, Track and a new Rider Configurable mode, that all allows the rider to set-up the motorcycle to the optimum performance relative to road conditions or environment.

Key to the new Speed Triple S and R is the aggressive, athletic styling. A narrow, focused design features signature twin headlights, incorporating distinctive daytime running lights (DRL). A low, lithe stance is accentuated by sleek new bodywork and a completely new, Daytona 675R-inspired, tailpiece. All of which has been achieved without losing any of the naked minimalist beauty that is synonymous with the Speed Triple.

In addition to the Triple S spec: