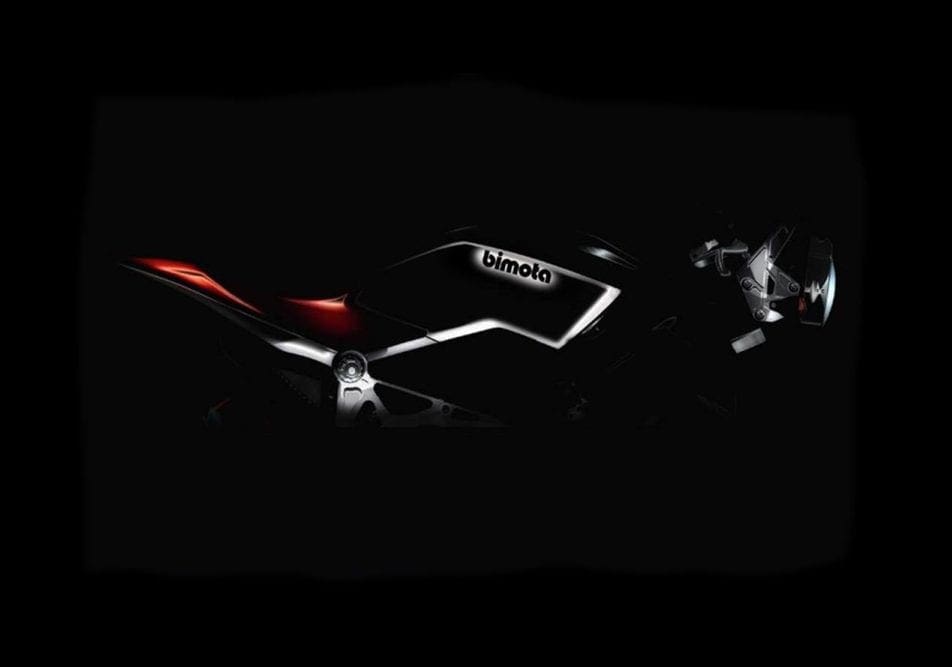 It’s only a week to go until the Milan motorcycle show and here’s a very teasing picture of one of the big Bimota bikes to be shown at the Italian event.

Called the Tesi 3D RaceCafe, the bike is a big mix of typically Tesi weirdness and classic cafe racer style (so we’re told).

The idea is for the bike to have the hub-centre steering of the current Bimota Tesi 3D (pictured below) but this bike is going to use Ducati’s current air-cooled 803cc motor from the Scrambler. The styling is claimed to be something very classic cafe racer but with the usual Bimota flair. 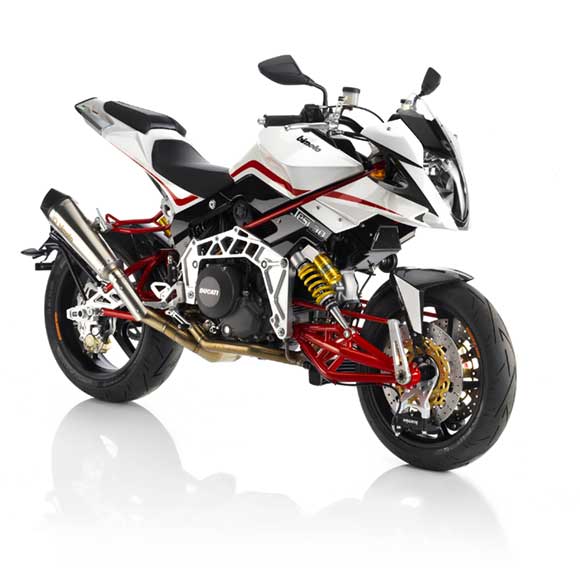 So, Bimota has gone uber-hipster for 2016. What do you reckon to that?