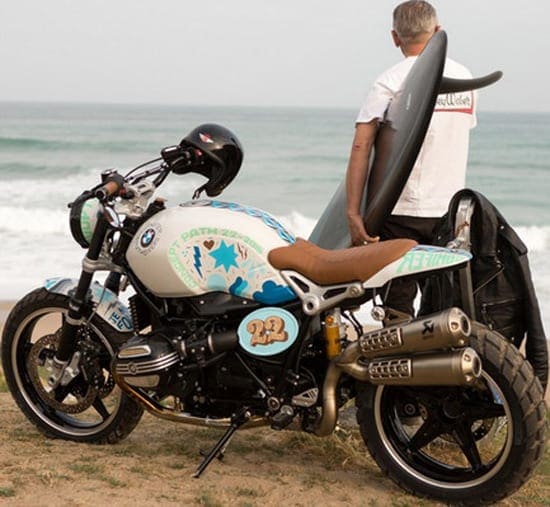 Hot on the heels of the firm’s new G310R single cylinder coming to dealers in time for the start of the 2016 model year is more new-model info from BMW – and this time its to confirm that the RnineT Scrambler is also going into production.

Launched in 2014, more than 8,600 RnineTs have been sold. BMW says that it will build on that sales success with the BMW R nineT Scrambler derivative, which will get its world premiere at the EICMA motorcycle show on 17 November.

The model is likely to be targetted, initially at the lucrative American market. Earlier this year the Scrambler concept was shown at an American show where public reaction was used as part of the decision as to whether to go into production with the model.

Stephen Schaller, head of BMW Motorrad said: “With the countless possibilities for individualisation offered by the BMW RnineT and the BMW R nineT Scrambler, we see tremendous potential in the US market, in particular.”