The new Stornello carries the name of its legendary predecessor from the ’60s, with technical features based on the V7 II. It has the scrambler look with a high exhaust, spoked rims, off-road tyres and a long saddle. The bike weighs 186kg and the standard factory equipment includes ABS and traction control. The V-twin has a new clutch and six speed gearbox. 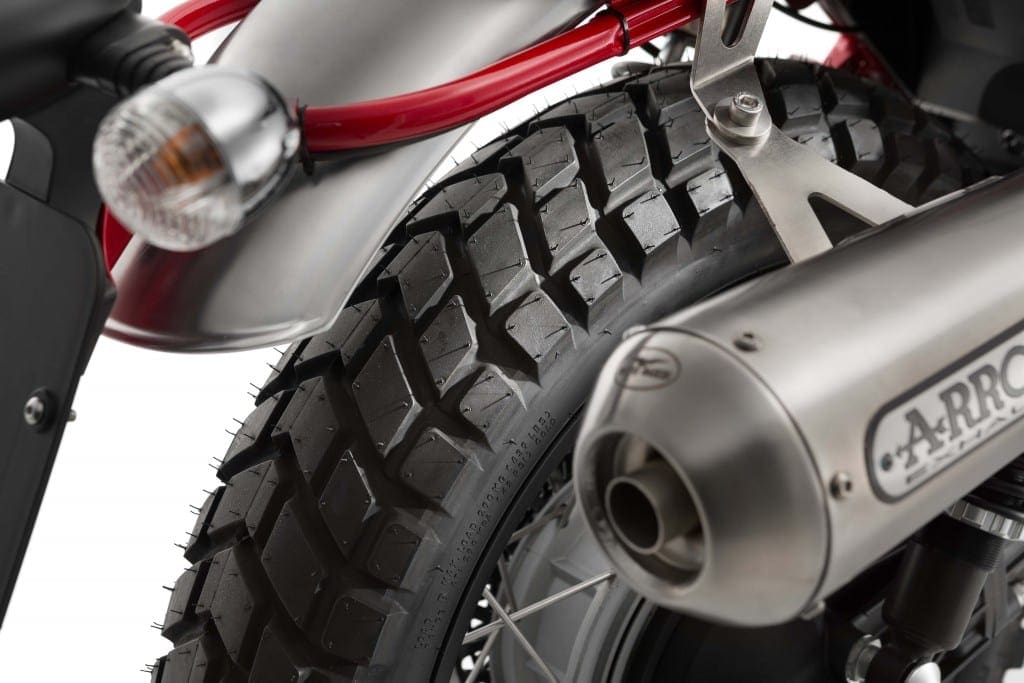 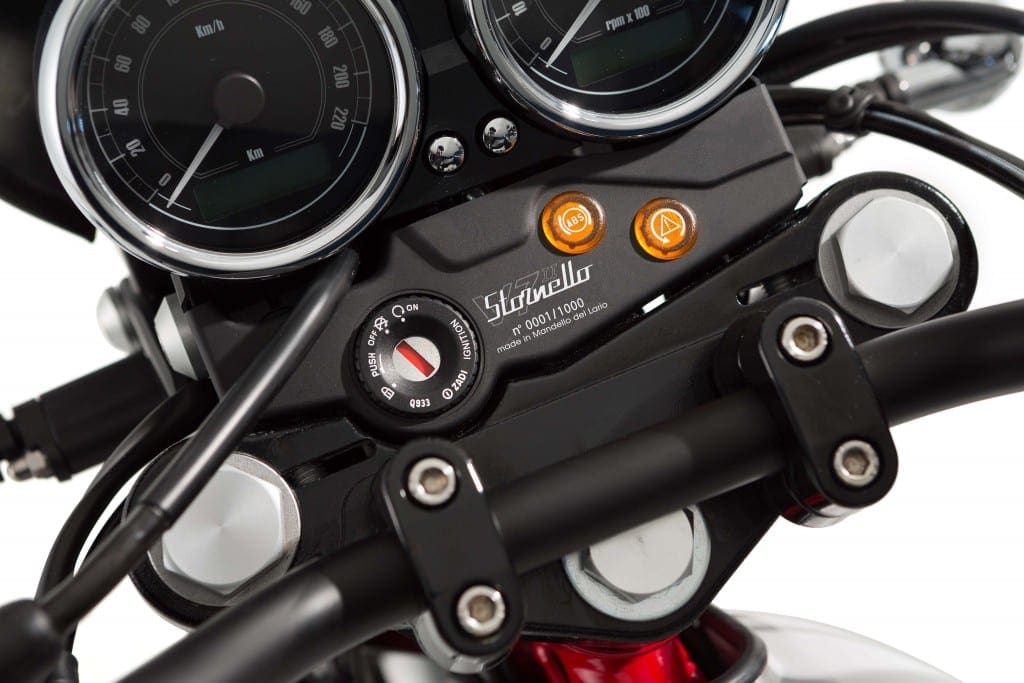 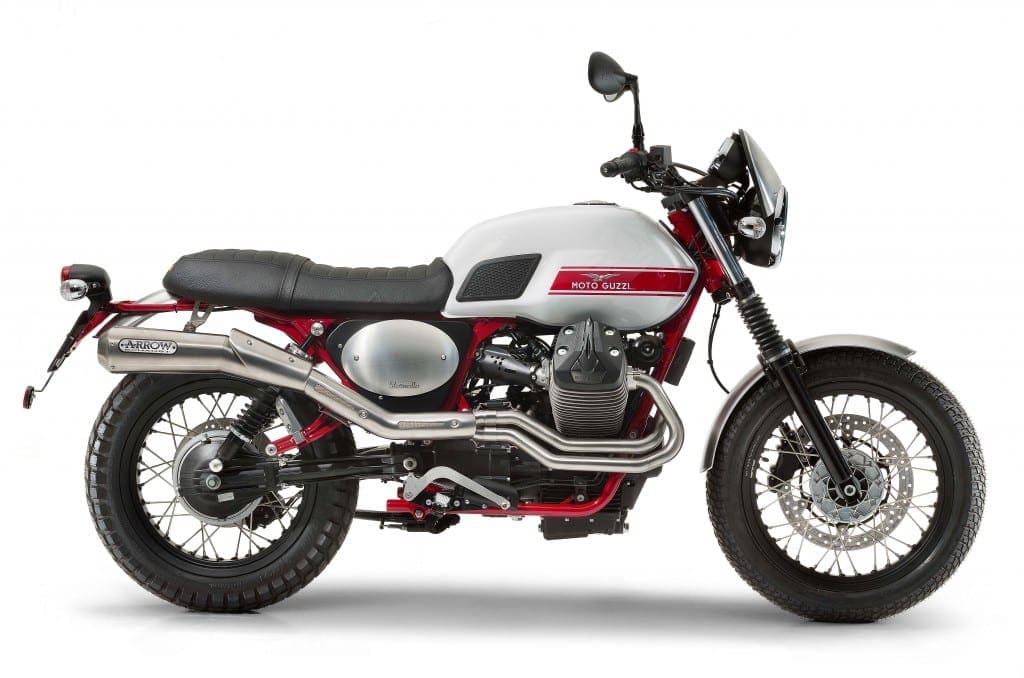 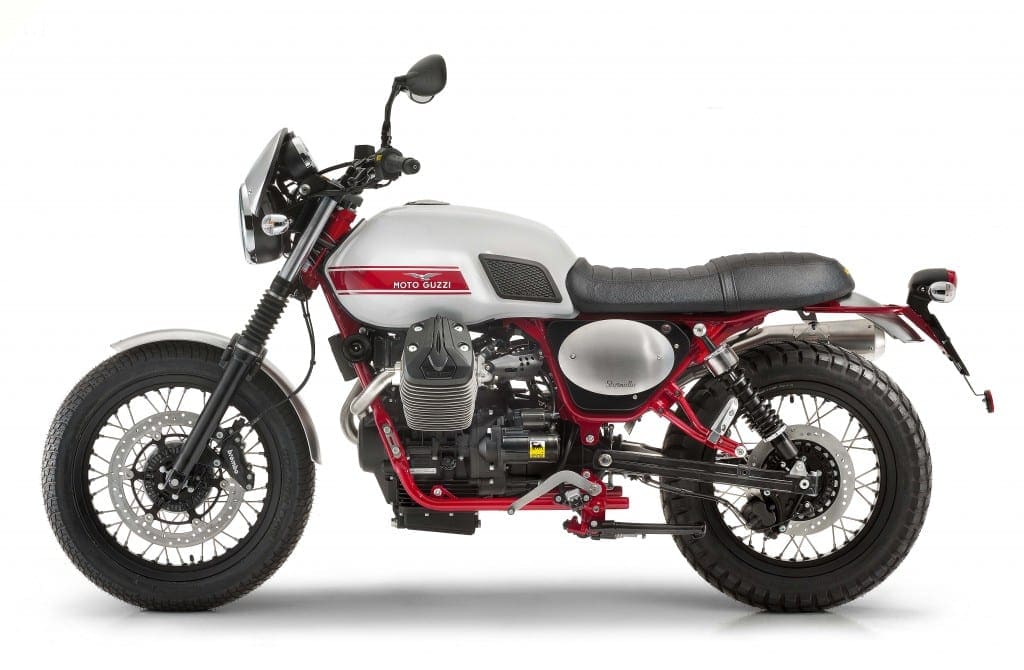 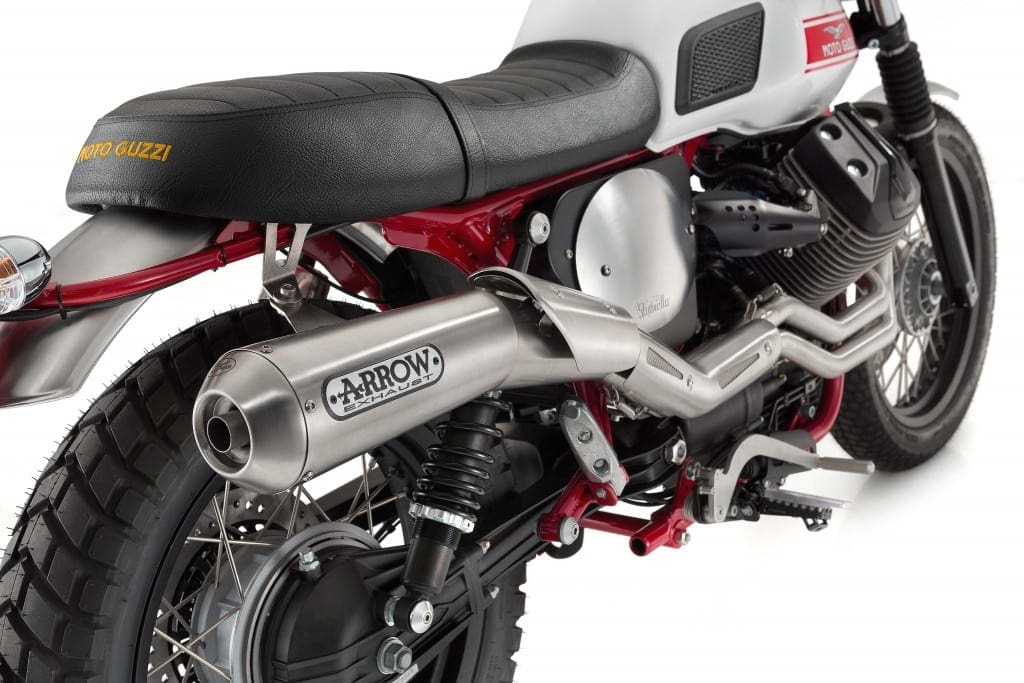 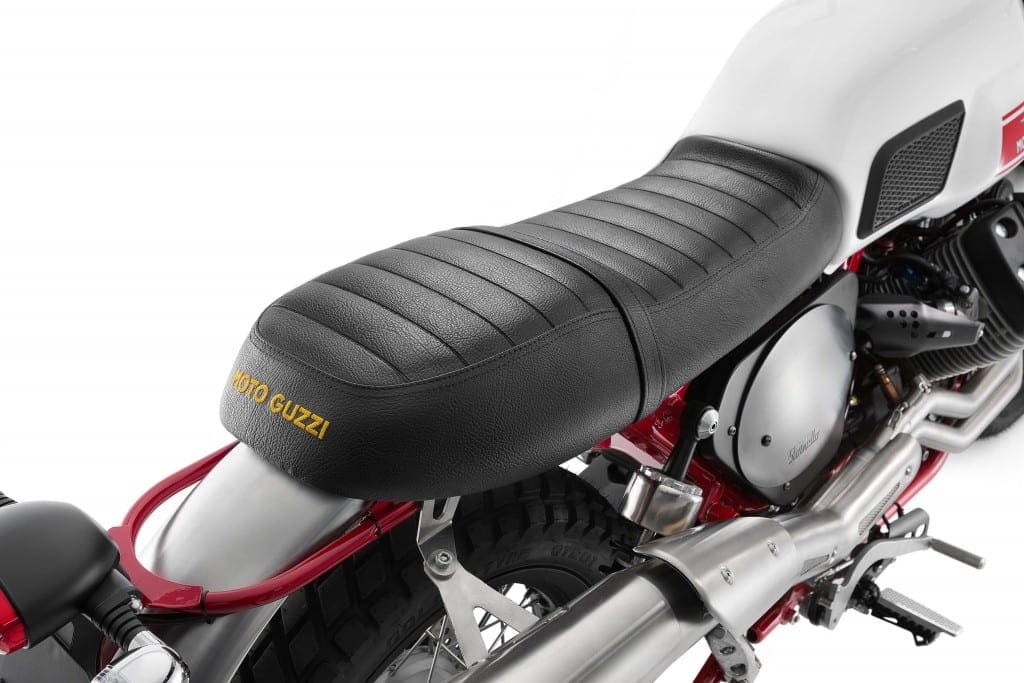 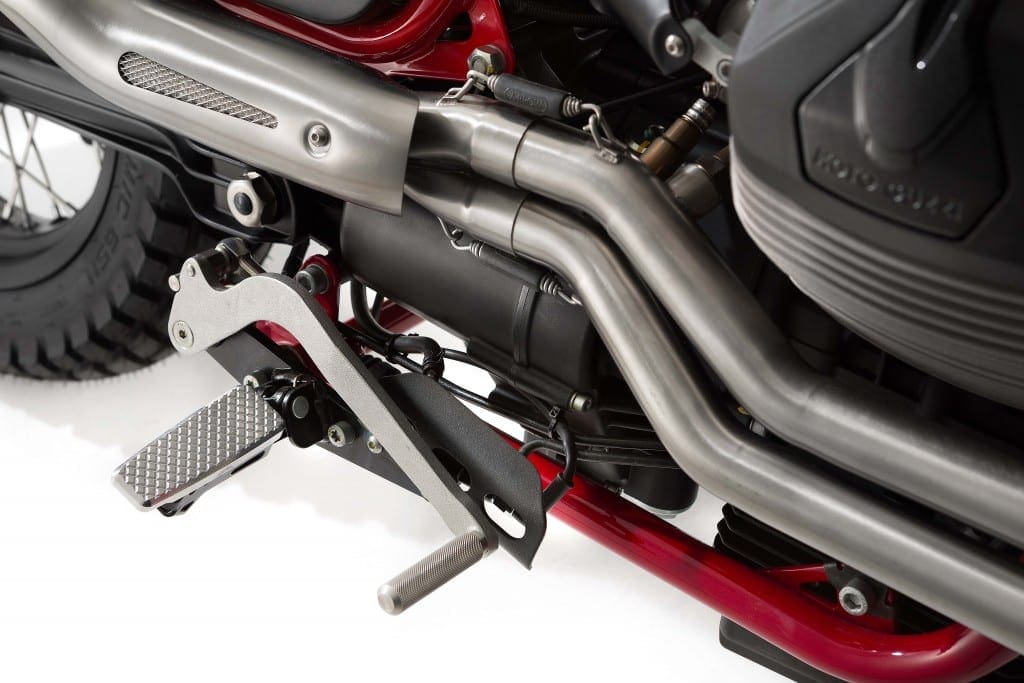 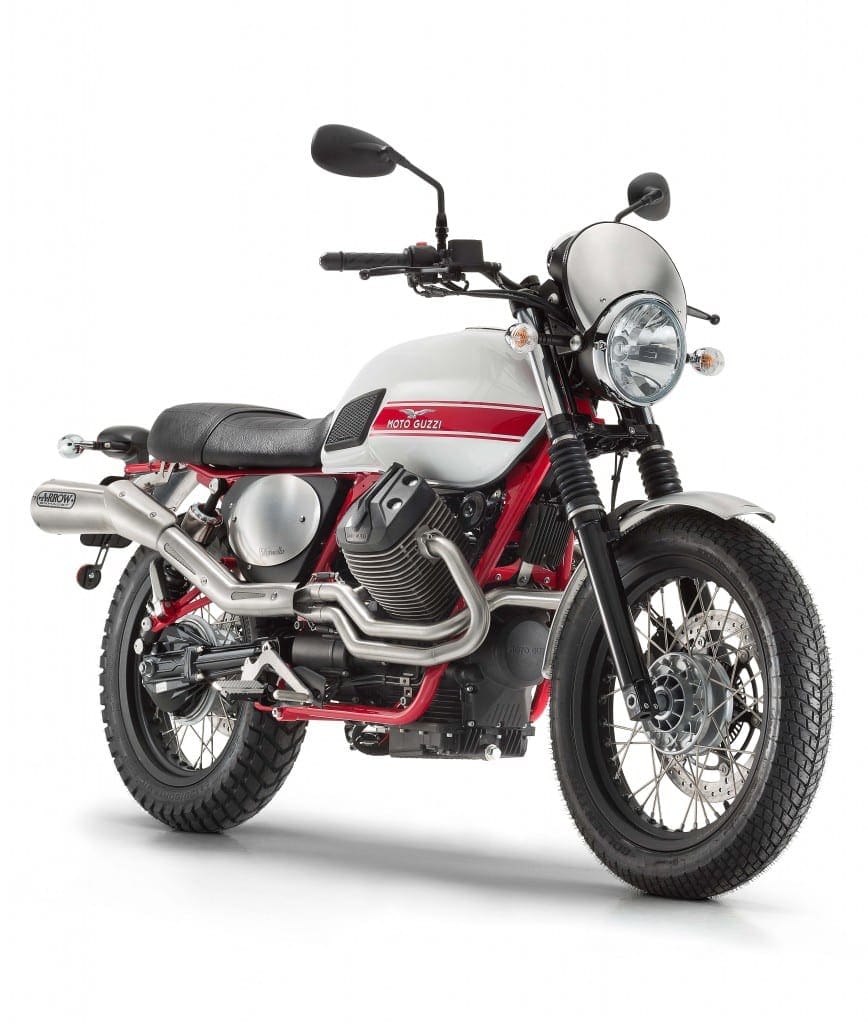 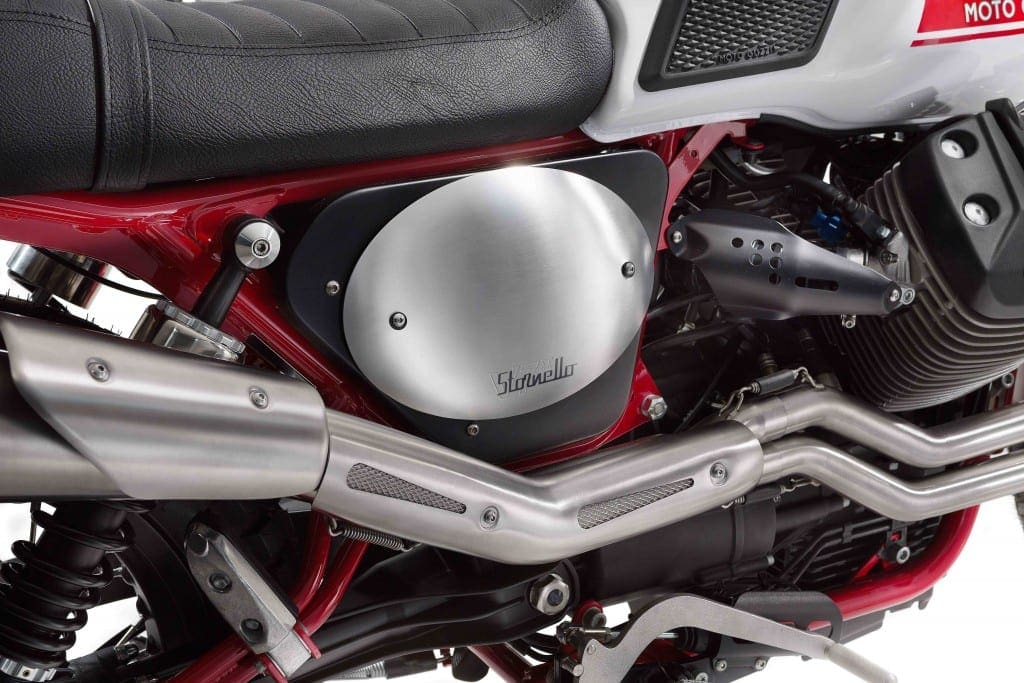 The Racer is a limited and numbered edition, one of the Moto Guzzi factory specials. It is the sportiest of the V7 II range and boasts new graphics with a matt finish. It has a grey, red and black colour scheme with the red frame inspired by the first V7 Sport series. The three number holders are matt grey. 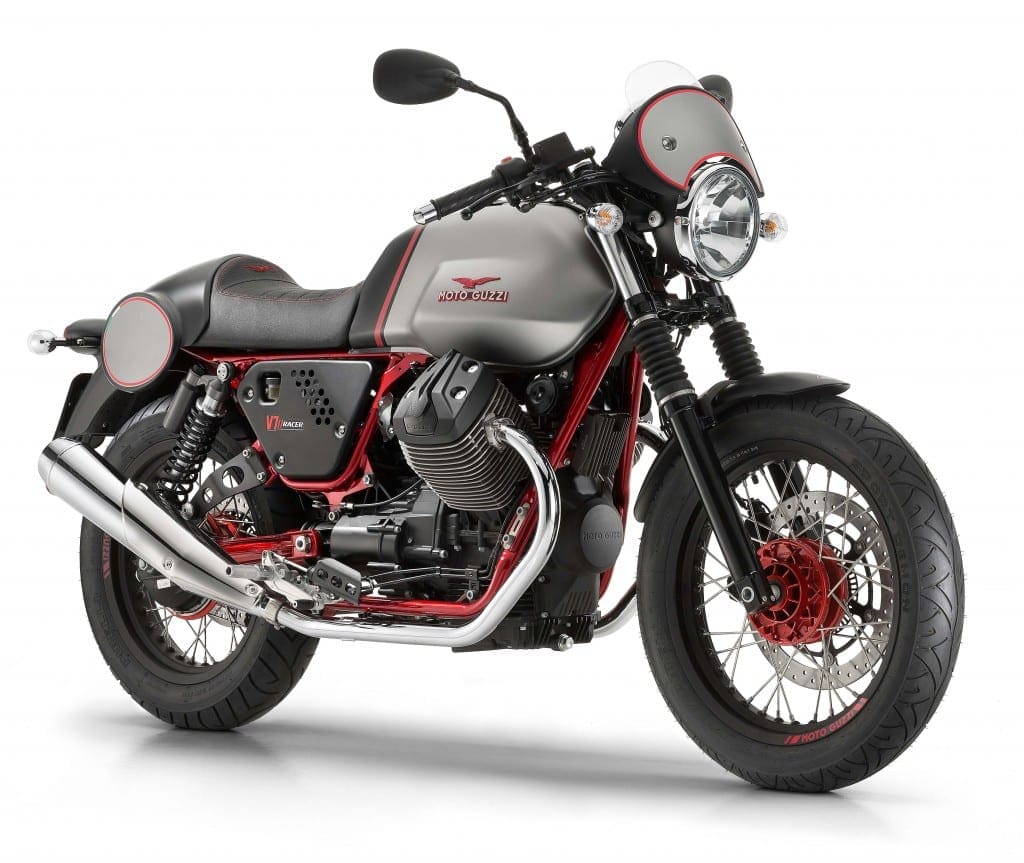 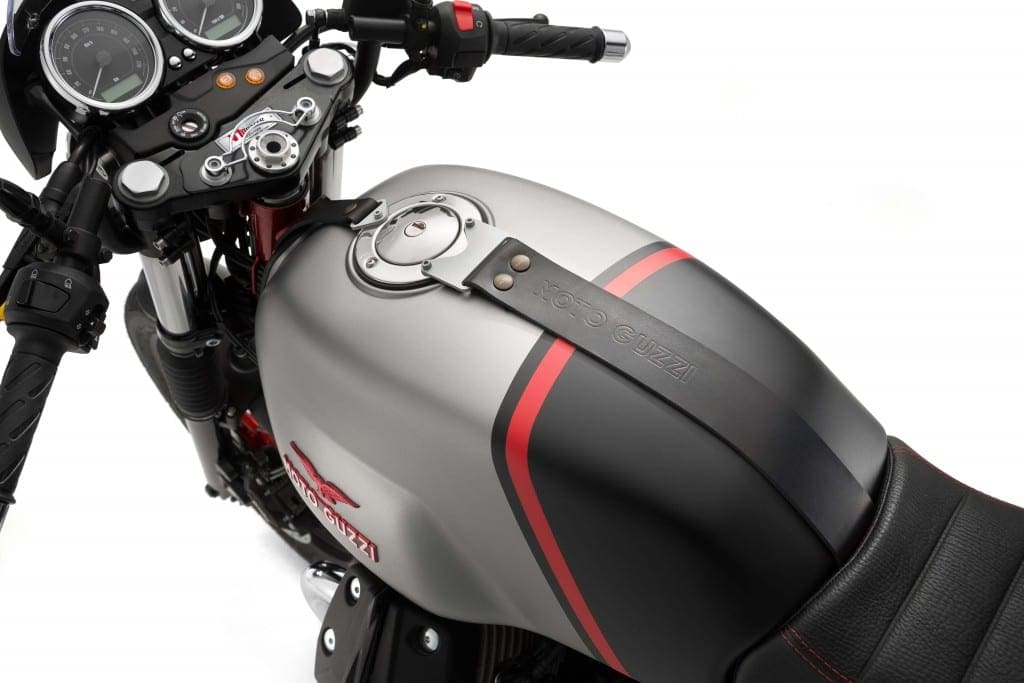 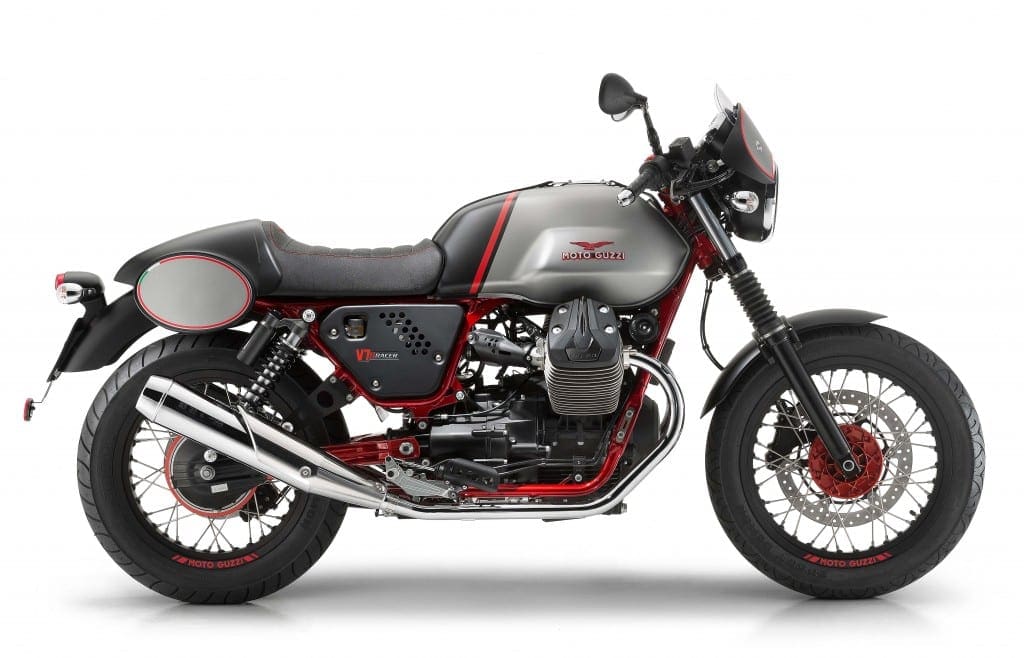 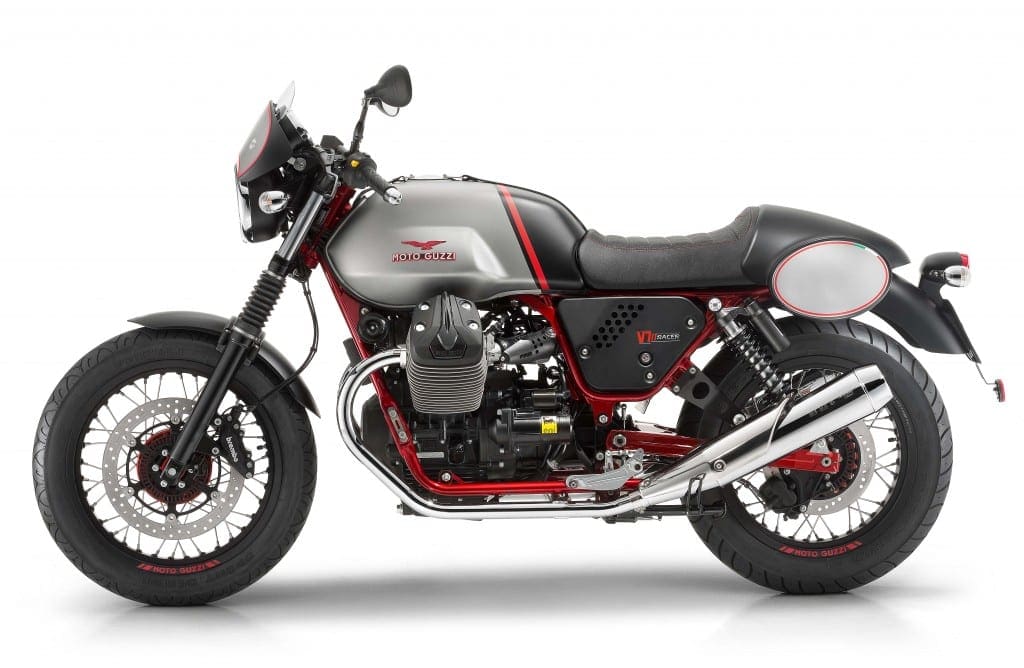 Here is what Moto Guzzi says about the V7 II Stornello and V7 II Racer:

The Moto Guzzi scrambler tradition has deep roots that date back as far as the ’60s, when the Eagle Brand introduced models based on a road version but suited for off-road, thanks basically to the long and flat saddle, the high exhaust that ran close to the vehicle and knobby tyres. So the new Stornello was born – bringing back the legendary name of its predecessor, built between 1960 and 1974 – with the benefit of a solid fifty year old heritage, with technical features based on the popular V7 II. It fully represents Moto Guzzi’s ability to build true factory specials, collector’s item bikes that stand out for a complete equipment package filled with precious parts and available as numbered limited editions. Moto Guzzi’s observance of the “knobby” tradition is guaranteed by the Arrow exhaust unit that runs closely along the Stornello’s right flank, spoked rims shod with approved off-road tyres and the long saddle with electrowelded padding. It boasts several parts in precious aluminium such as the mudguards, the off-road foot pegs and the injector bodies, as well as the set of three number holders. It has an attractive new colour scheme dedicated to the red frame and the white tank, both in glossy finish. The standard factory equipment includes ABS and traction control. The chassis of the Stornello benefits from all the important improvements introduced successfully on the V7 II, such as the repositioning of the engine on the frame – in search of more space on board and better weight balancing – whereas the V-twin has a new and better clutch and six speed gearbox. The overall weight of the V7 II Stornello – just 186 kg – is still one of the lowest in its category, making this model suitable for a wider range of riders. For Stornello the range of available Moto Guzzi original accessories is also quite complete and includes the MG-MP multimedia platform.

Manufactured as a limited and numbered edition as indicated by the celebratory plate located on the upper part of the steering yoke, the V7 II Racer is one of the factory specials made by Moto Guzzi that stands out for a series of exclusive and prestigiously crafted details. For 2016 the sportiest of the V7 II range will still have all the equipment that the previous version boasted. It will stand out, however, with its completely revamped and attractive graphics which now favour a matt finish as opposed to glossy. This means that the tank abandons the mirror chromium for a fantastic combination of satin finish black/grey colouring, both matt. The further popularity of the small red stripe that connects the grey parts to the black is also noteworthy, creating continuity with the colour of the frame, which is still red, inspired by the first V7 Sport series. The three number holders are also matt grey now.