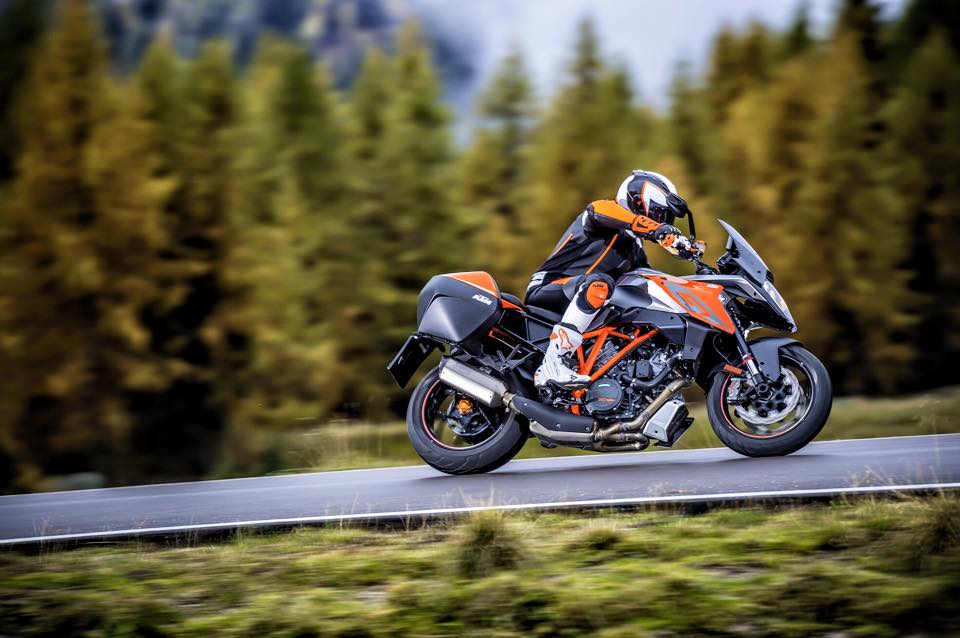 We brought you the first pictures of the finished KTM 1290 Super Duke GT super sport tourer ages ago, and today the Austrian factory finally launched the bike officially.

Details are that the bike gets a re-tuned 1,301cc four-stroke, twin-cylinder 75 degree V-twin motor (as found in the Super Duke R) which kicks out 173bhp and 106fl-lb of torque.

The motor’s come in for some serious work to make the delivery more easy-going in line with a GT style bike. KTM says that injection maps, crankshaft, cylinder heads and valve timings have been re-worked to help the new bike get its power down in a friendlier manner.

The Gt gets the ‘Assisitance’ package from the standard 1290 so the bikes gets Stability Control, linked and swichable ABS and traction control. There’s optional Hill Start Assist too. 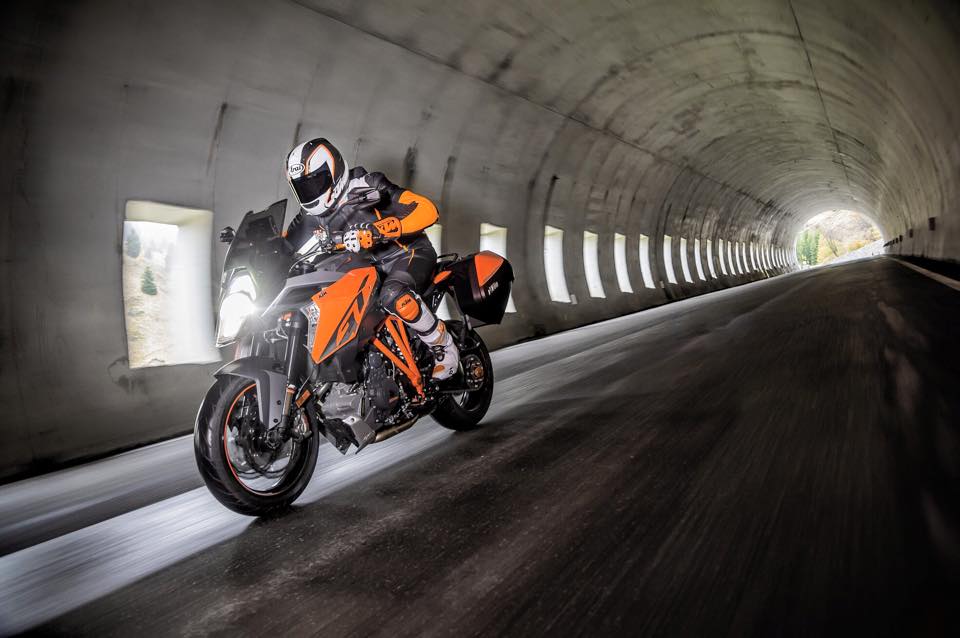 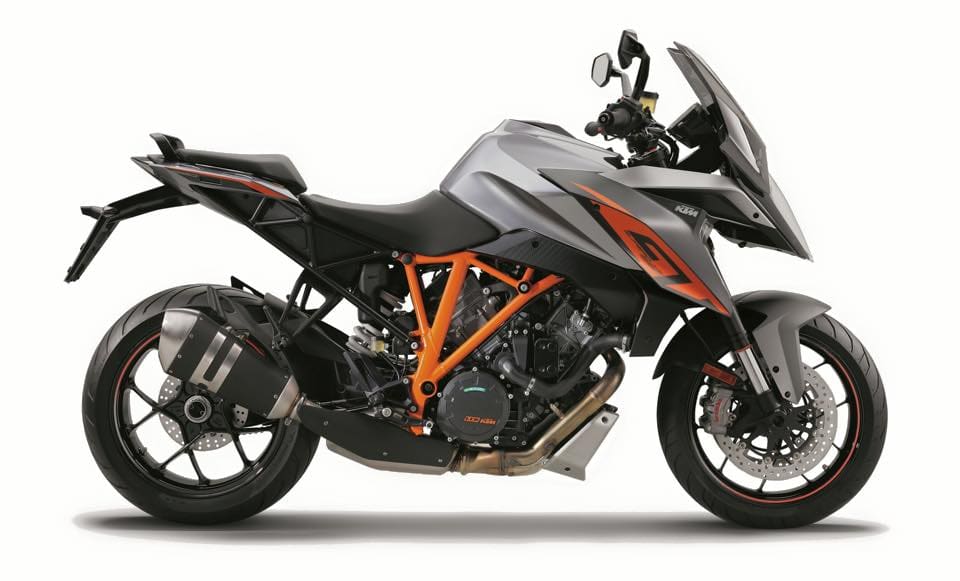