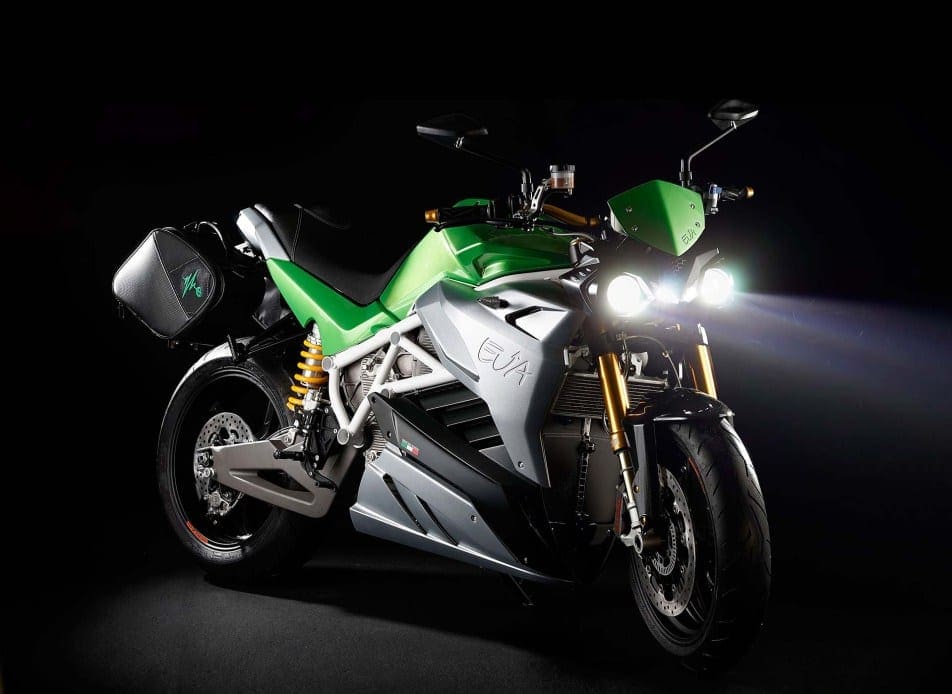 This is the Energica Eva, a 95bhp PMAC motored electric streetfighter that’s being show at the Milan show.

Essentially, this is the same bike as we first saw last year as a prototype, but this year’s version is different in that whilst 95bhp is nothing to be sniffed at – it is considerably lower than 2014 bike’s 136bhp. The torque for both versions of the bike is still at 125ft-lbs though.

With a claimed range of 124 miles in Eco mode, Energica’s parent company CRP Racing is well known in the F1 world so there’s some serious battery knowledge going into this bike.

The Eva is due to go on sale soon, so far there’s no price announced for the bike and no timescale for when it will appear other than ‘soon’. As soon as we hear more, we’ll let you know. 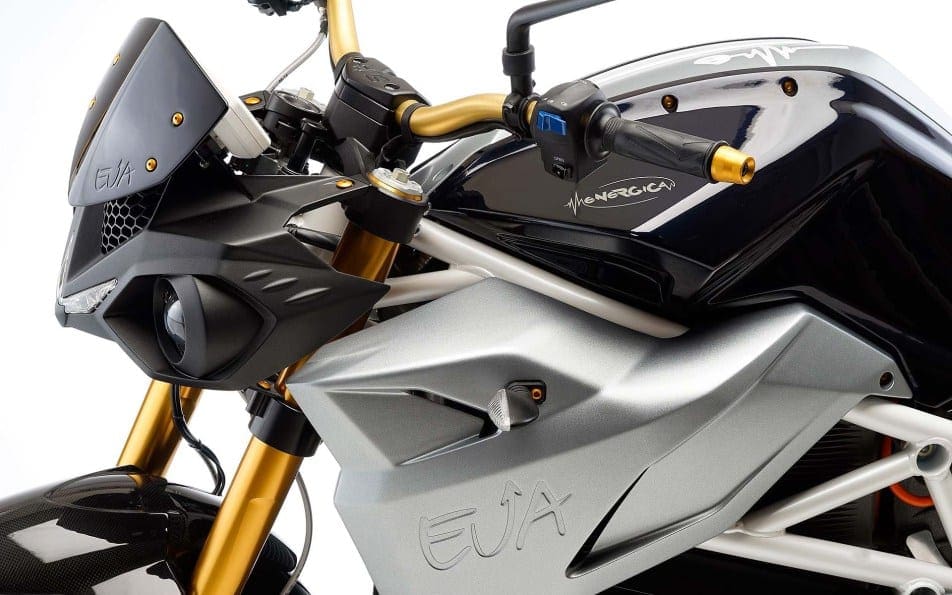 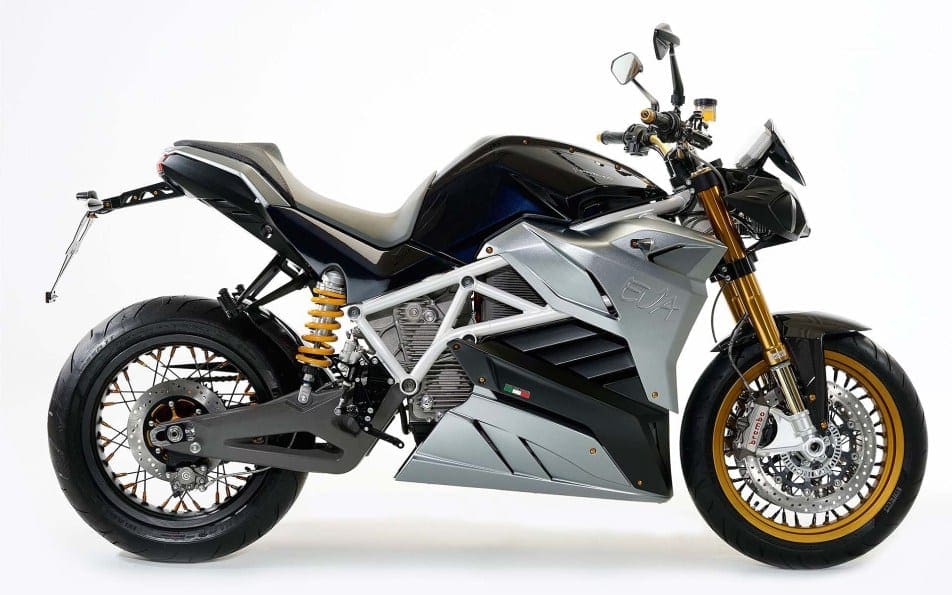 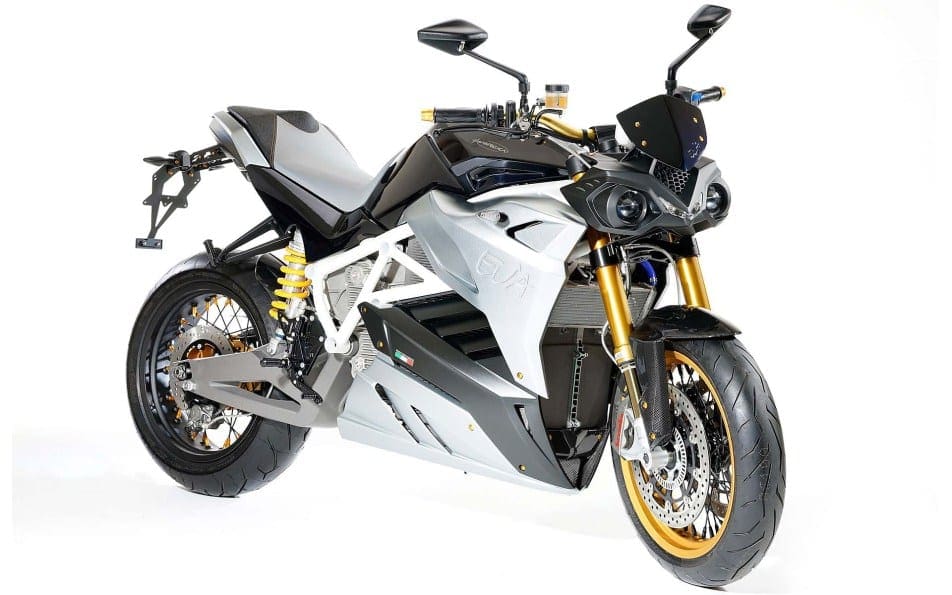 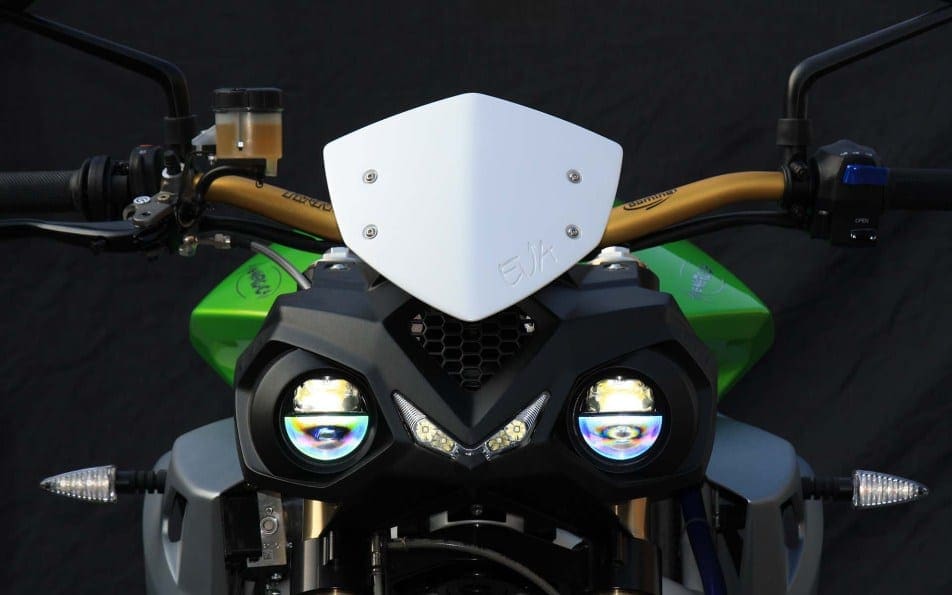