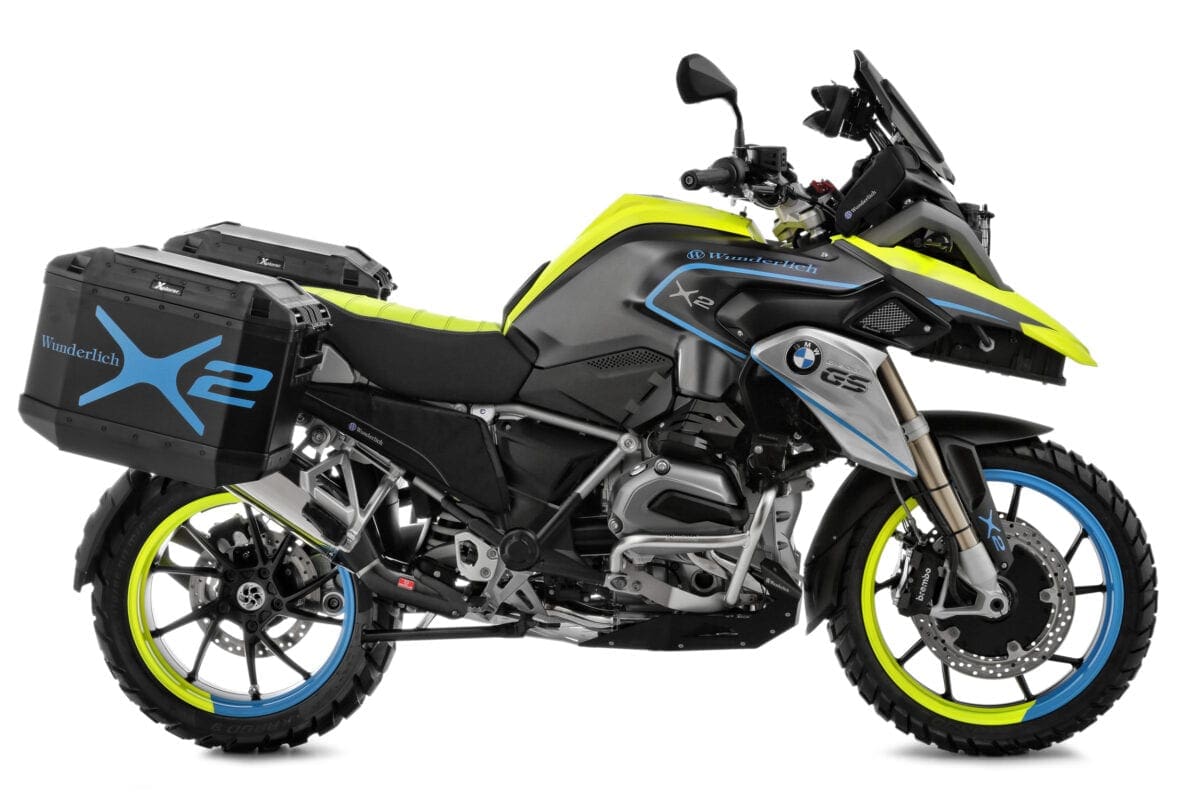 Check out this amazing hybrid BMW GS launched at the Milan motorcycle show – it’s like nothing you’ve ever seen before.

Like with most ‘hybrid’ tagged bikes, the GS gets a conventional petrol-powered motor (the stock unit) but this bike differs with the addition of a 7.6-kilowatt electrical motor which drives the FRONT wheel too.

Called the BMW R1200GS LC, the bike is a world first with a useable front-wheel electric drive to either drive the bike independently or work alongside the petrol motor. And all you can see of the system are a couple of wires that feed into the front wheel hub plus a couple of controls mounted to the top of the petrol tank cover. 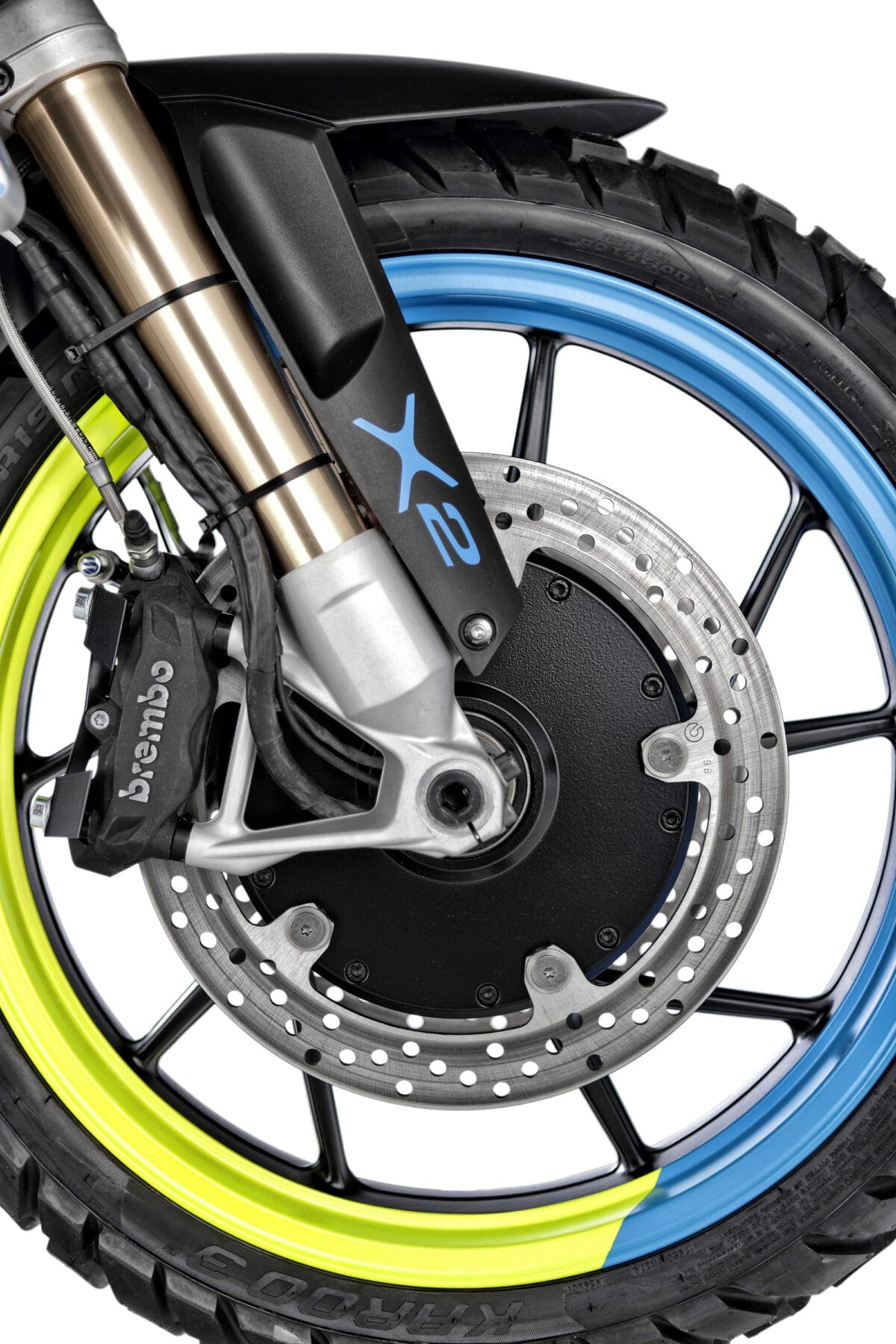 The electrical motor is so powerful that with the petrol engine turned off, the front-wheel drive unit can propel the bike and rider along at 20kph. It’s also so versatile that it work as a front-wheel powered reverse gear up to 3kph!

But that’s not all. This system is so advanced that every time you hit the front brake you also regenerate the electric motor’s battery. 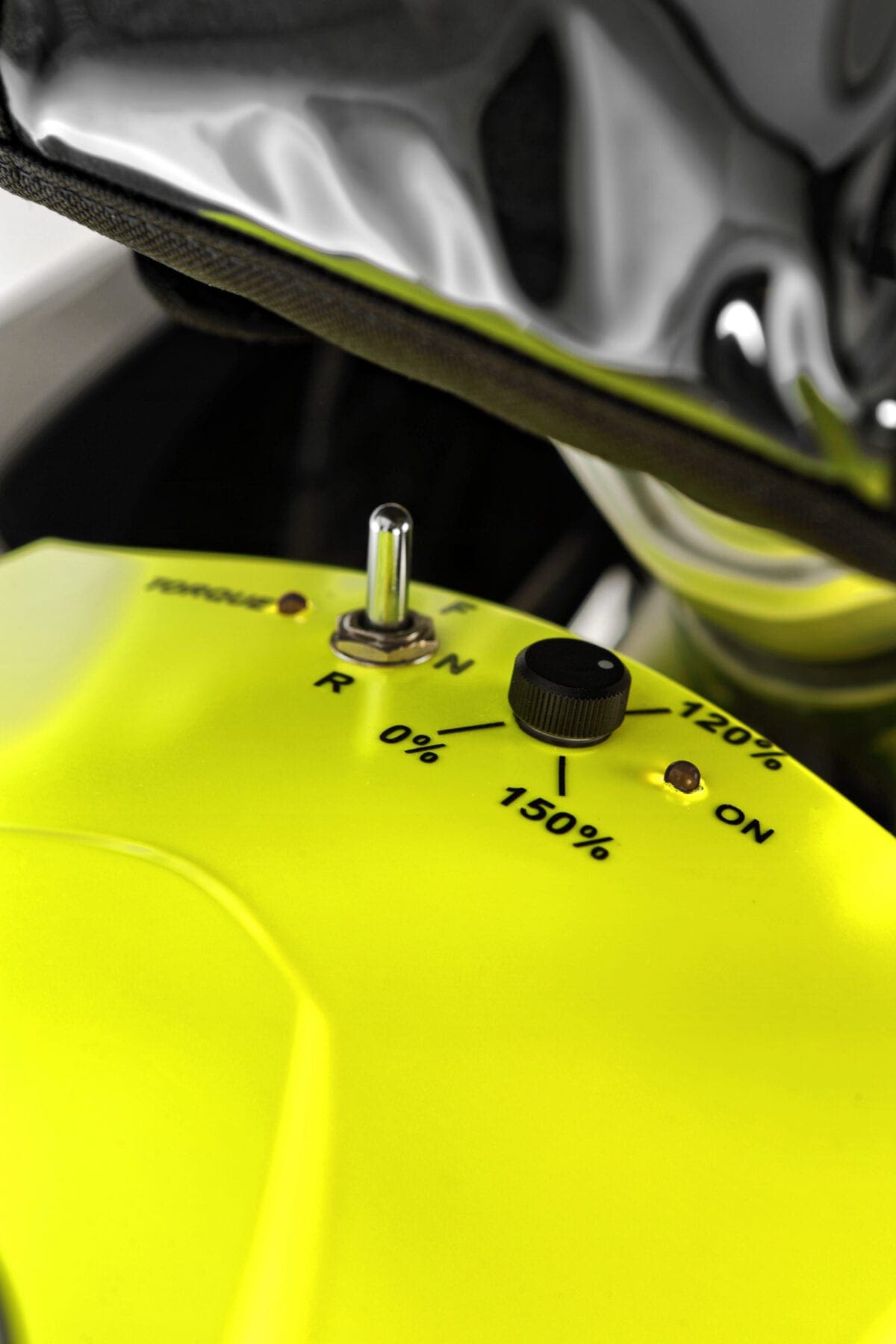 The system is activated by the switch (on, off or neutral) on the fuel tank and the power to the front wheel is dialled in with the adjustable drive dial also sited on the tank, and when used in conjunction with the petrol motor acts like a genuine two-wheeled drive system to help ride through extremely tough terrain.

Wunderlich CEO Frank Hoffman said: “The increased performance can be clearly felt when you ride the bike. This is another of our concept vehicles which symbolise our know how and our status as a manufacturer of ideas.” 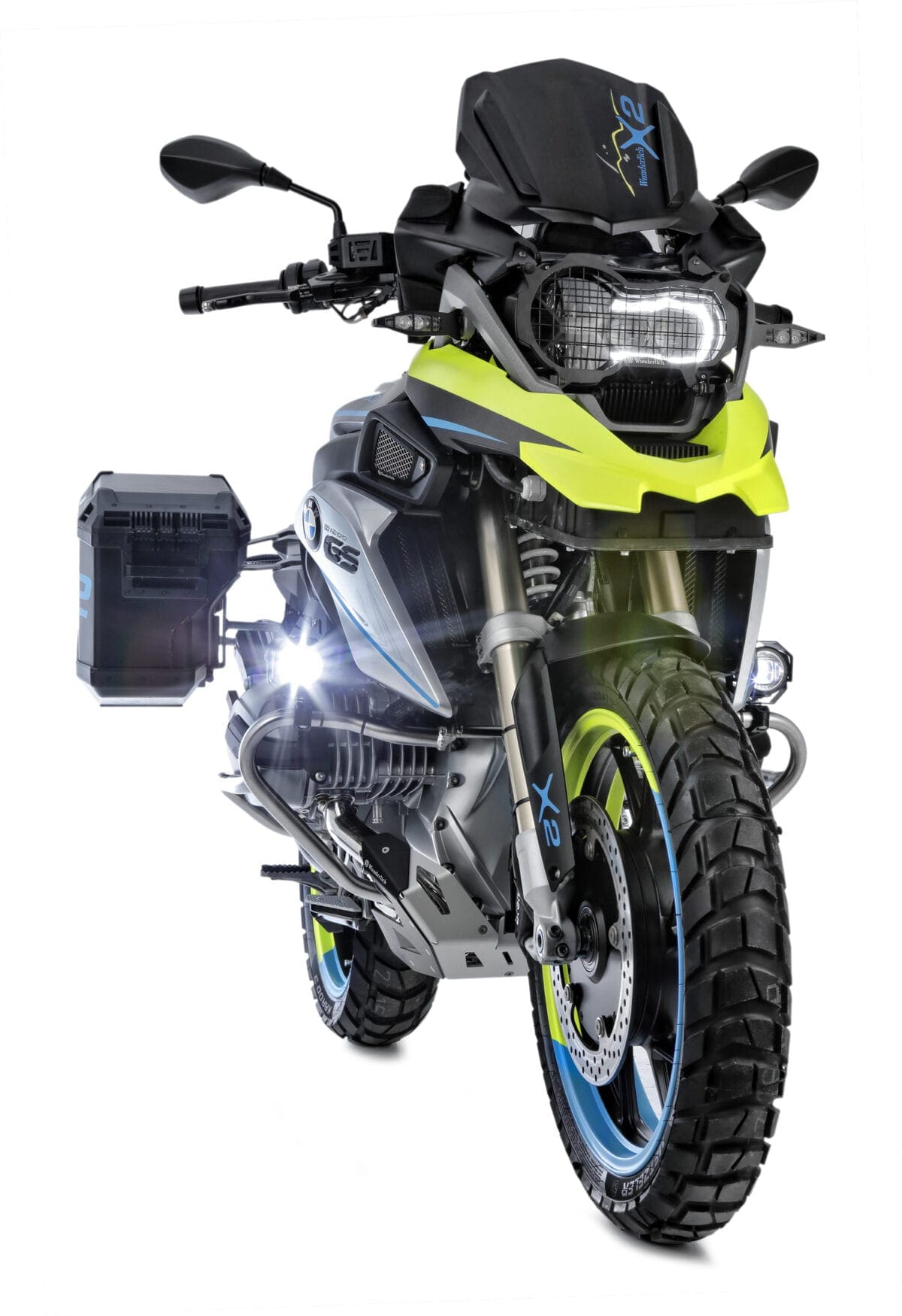 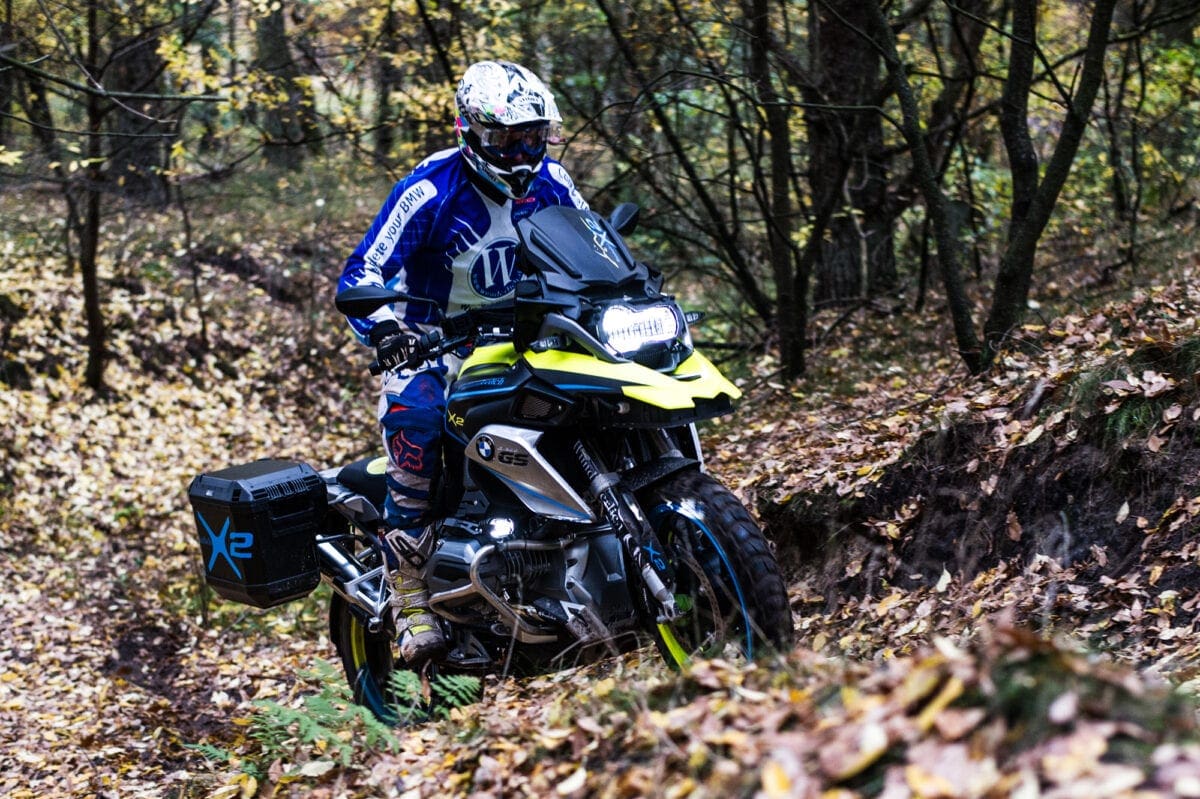 The system that powers the front wheel is co-made by Italian company E-volt. So far there’s no news about price for the system or availability, but this is a real bike that really works and it’s impressed us. Very much.

For more information (well, why not see if you can’t get this put on your GS?) give Wunderlich a shout on email: export@wunderlich.de or the web at: www.wunderlich.de 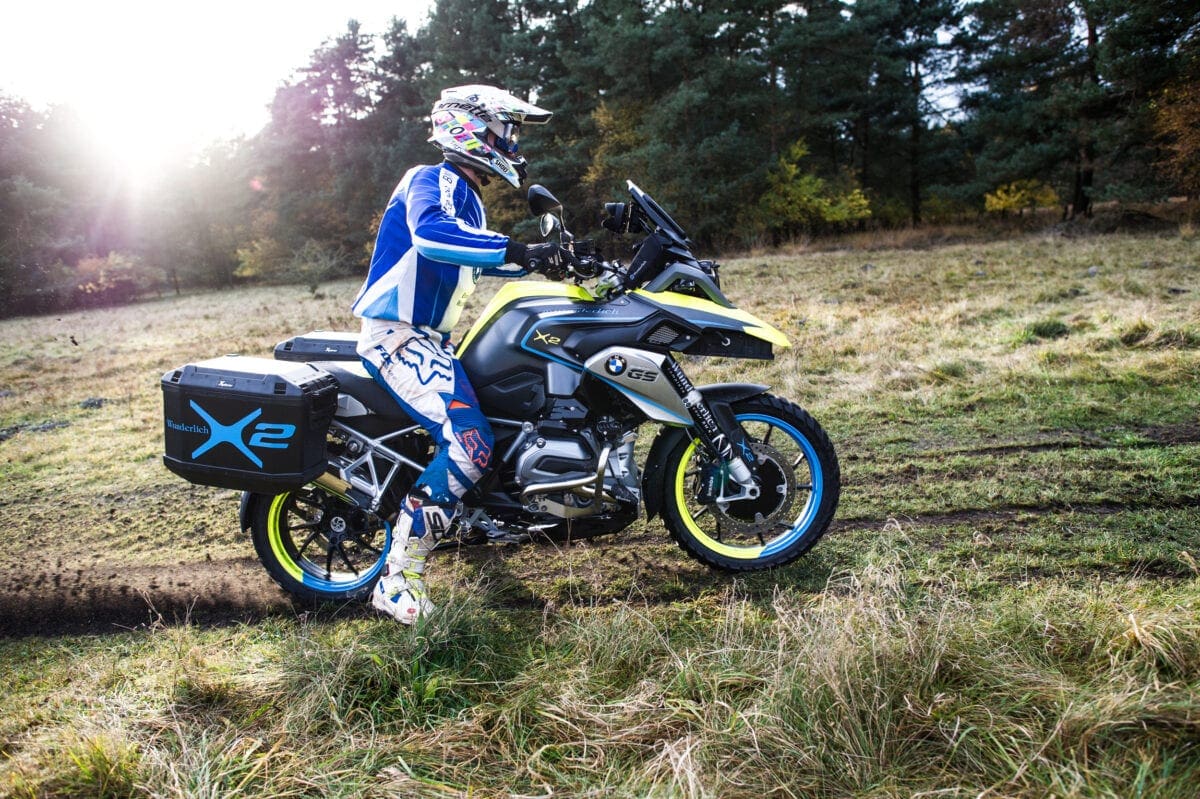 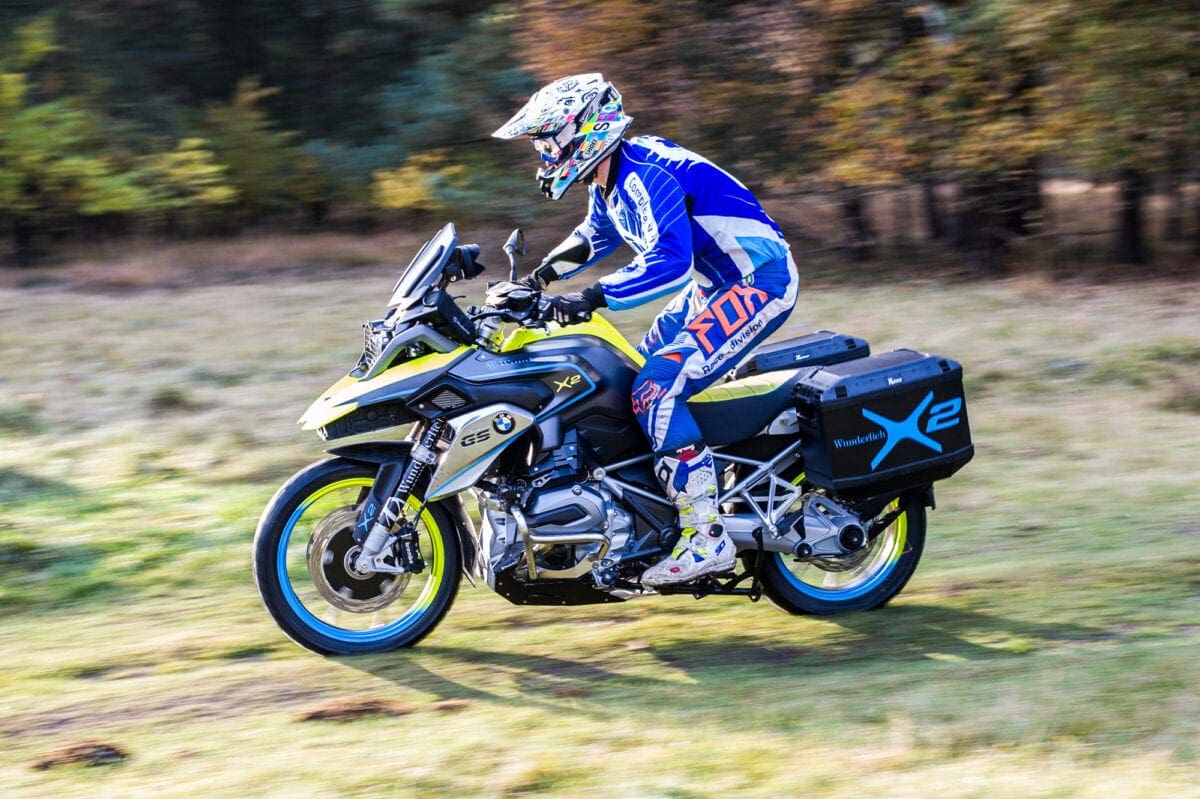