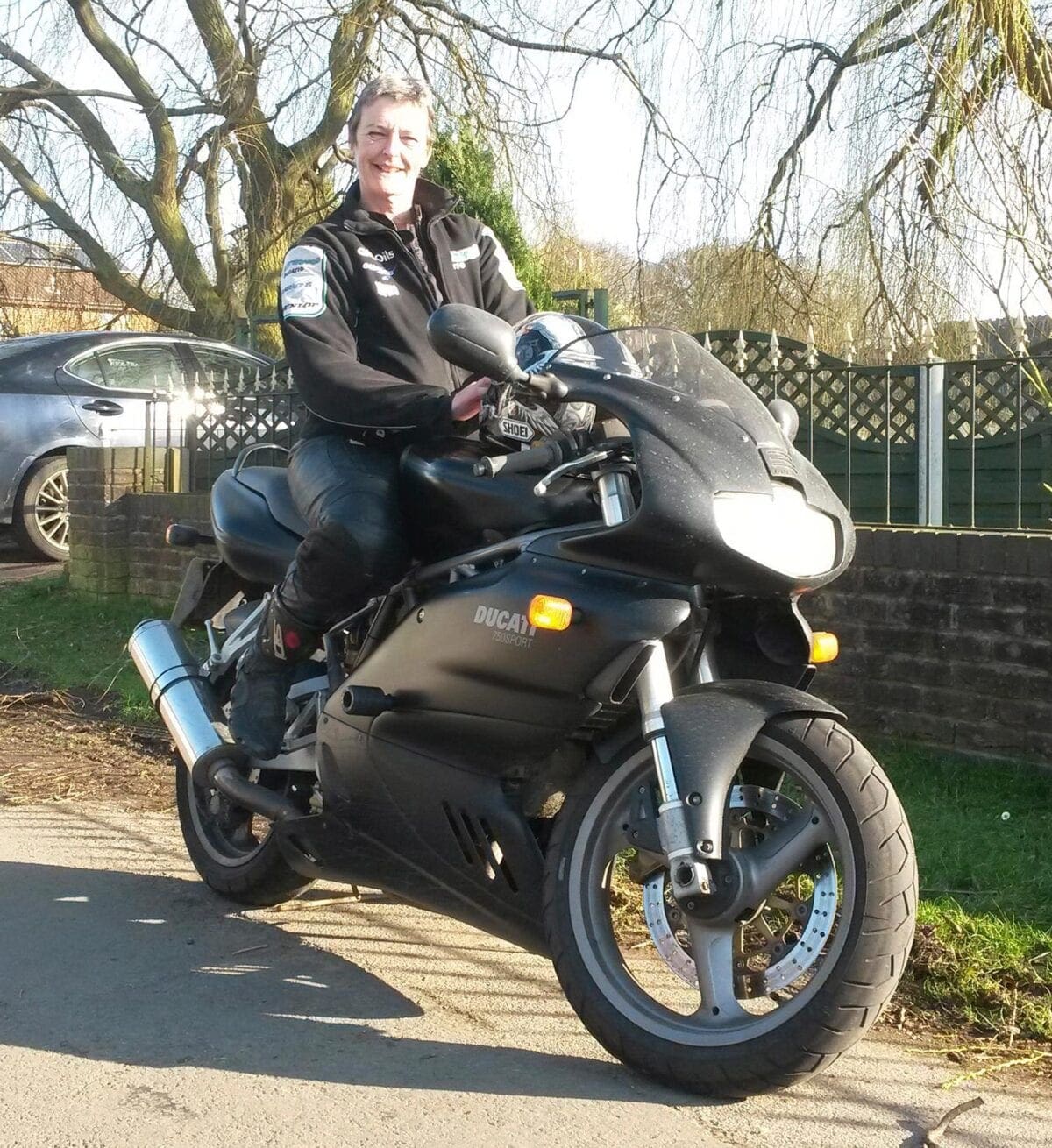 Julie Smith is offering her Ducati 750 Sport for the safe return of her daughter’s lost crossbreed, Harry.

When Carli Ann Smith arrived home from work to hear her dog Harry was missing, so began the nightmare of desperate searching, with no happy ending yet on the cards. 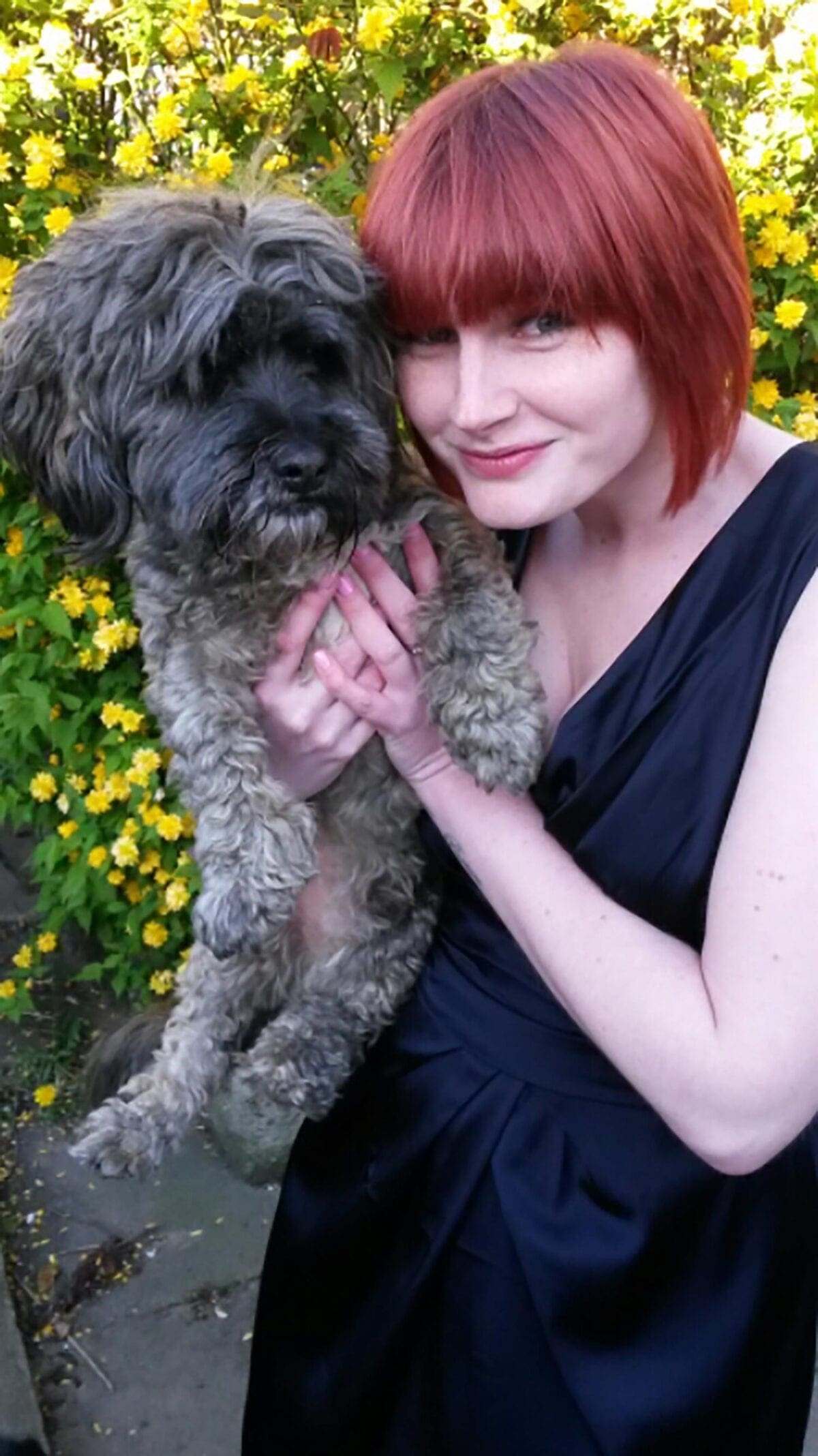 Now Mum is offering her bike if Harry can be bought home; “I love my Ducati, but I love Harry more. I will give my bike to the person that brings Harry home safe and well. Bikes can be replaced, but there can only ever be one Harry and we want him home.”

According to Sainsbury’s Bank Pet Insurance, around 60 dogs and cats go missing every hour in the UK – that’s a staggering 1,400 a day, some of whom may have been stolen, while others have simply wandered off.

Spooked by a car playing loud music on a quiet country lane near his home in Hibaldstow in North Lincolnshire, gorgeous crossbreed Harry disappeared into a nearby field while being walked by a friend. He hasn’t been seen since. “It’s the not knowing that’s crippling,” says Carli, who’s hardly slept since her beloved dog went missing.

“We’ve camped out in the last place he was seen, set up a ‘Get Harry Home’ group on Facebook, posted his photo on numerous lost and found sites, and we check the dogs for sale sites every day in case someone’s attempting to sell him.

“Harry’s chipped and we’ve alerted all the local kennels. We’ve even employed the services of a tracker dog to come and follow the scent, but all to no avail.” 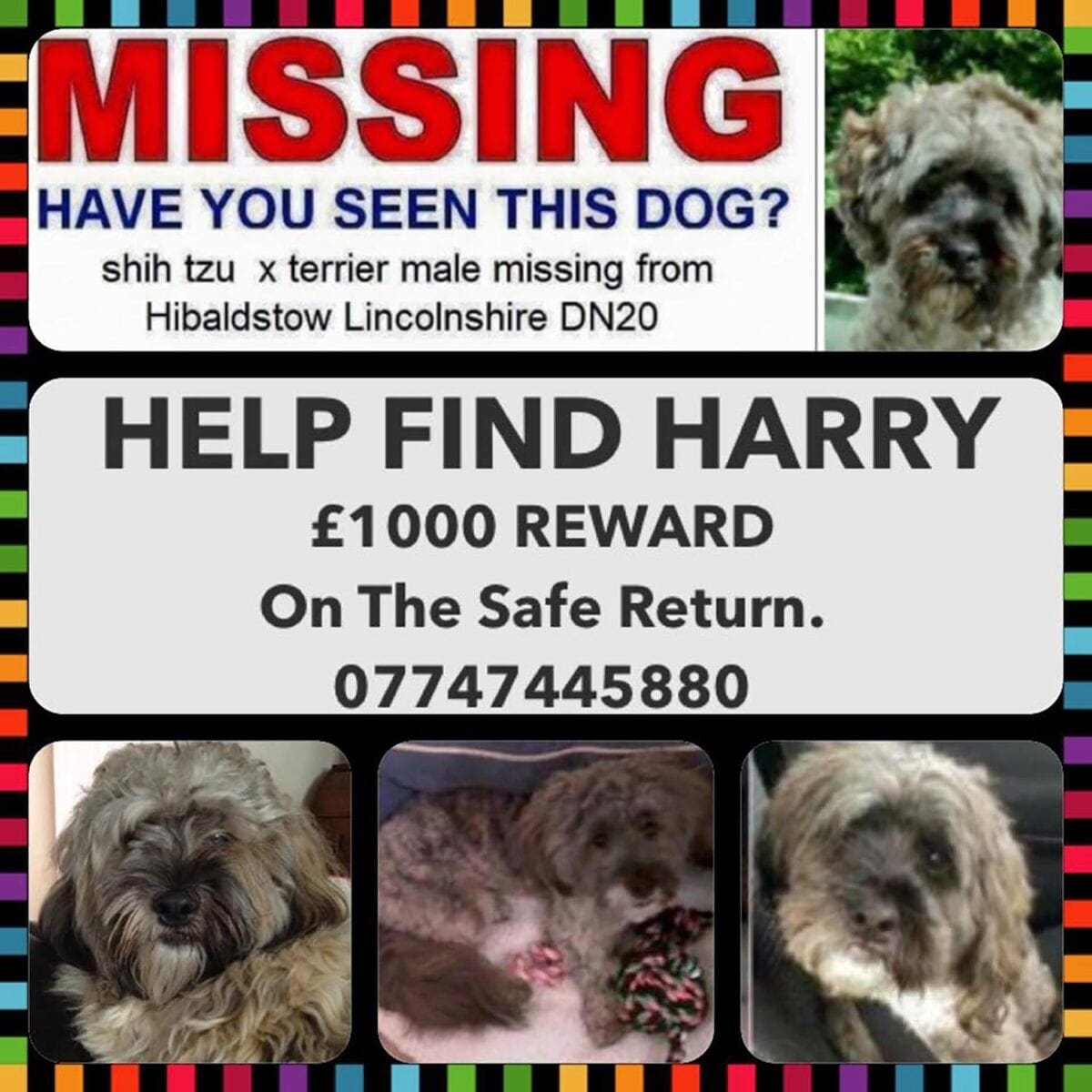 The facts on missing pets

Research has revealed that more than two-and-a-half million people claimed to have lost a pet in the five-year period between 2008 and 2013 – a third of which were never found. And while having your dog or cat microchipped significantly ups his or her chances of being found, sadly this isn’t yet the case for dogs like Harry, who’ve yet to be found despite being chipped.

“It is extremely alarming quite how many cats and dogs go missing in the UK every day,” says Suzi Lavin of Sainsbury’s. “The loss of a pet can be very upsetting and stressful for owners, but having their pets chipped should increase the chances of finding them again.”

From April 6, 2016, the Government is bringing in compulsory microchipping for all dogs to help reunite owners with lost or stolen pets, relieve the burden on animal charities and local authorities and protect the welfare of dogs by promoting responsible dog ownership

A vet can microchip a dog very easily. They insert a tiny microchip, which is the size of a grain of rice, under the animal’s skin, which gives the pet their own unique code.  If the pet is lost and found, the microchip can be scanned and matched to the owner’s contact details, which are kept on a database such as PetLog, www.petlog.org.uk

Find out more about compulsory chipping at www.gov.uk/government/news/all-dogs-in-england-to-get-free-microchips 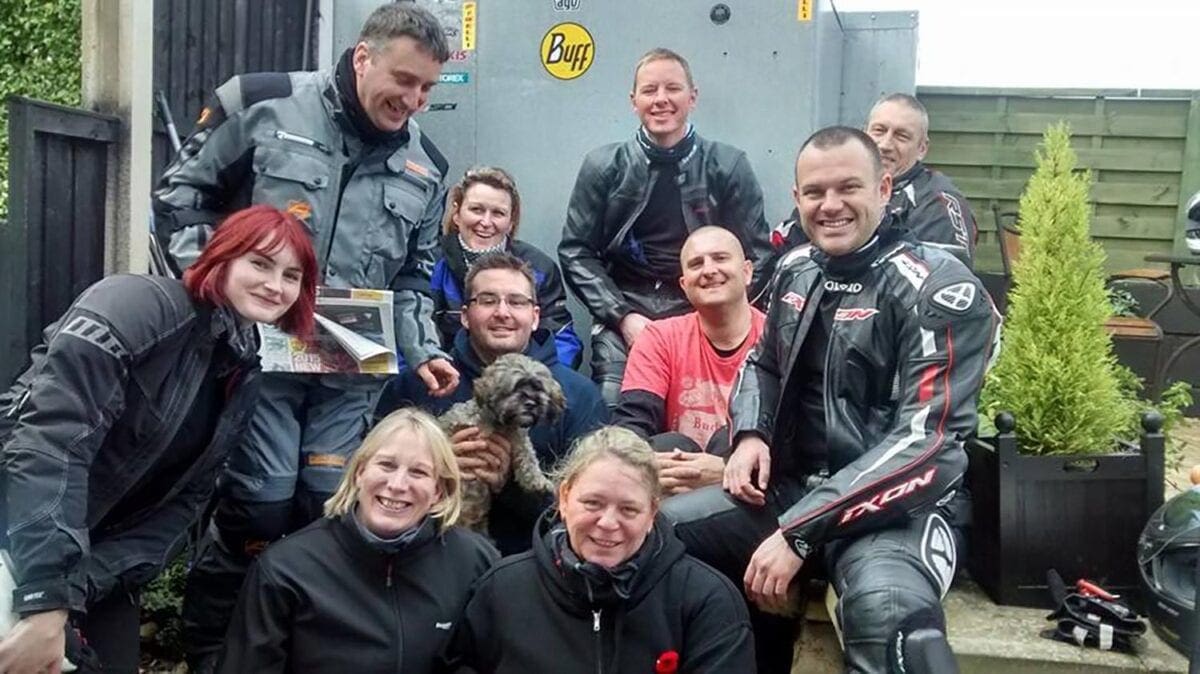 Harry is from a family of bike lovers