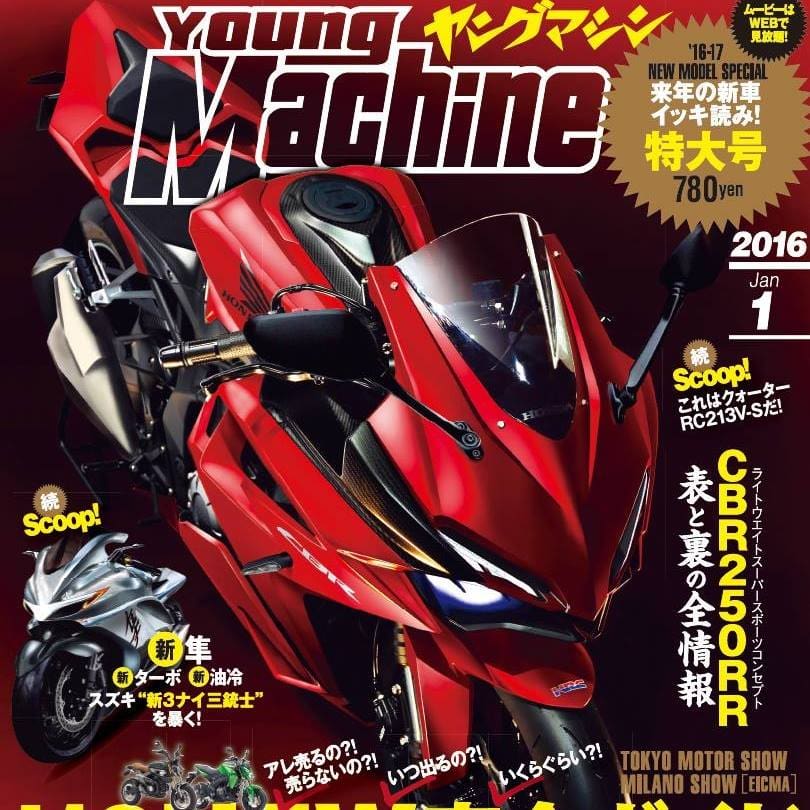 Top Japanese motorcycle magazine is, as you’d expect, pretty much finger-in-the-pulse of what’s going on in Japan with current and upcoming motorcycles.

The latest issue has just been finished and we’ve got a first look at the cover. As you might also expect, the Milan and Tokyo Motor Shows feature very highly on the cover.

There’s the usual run of all the bike we covered as they were being launched here on MoreBikes, but look closer at the Japanese cover and you’ll see something pretty interesting, too.

On the left of the cover is the updated Hayabusa that the lads from Young Machine insist is still coming. Now, they’ve been saying this for a while and it’s certainly a viable route for that GSX concept we saw before the Tokyo Show to be a version of the iconic big hyper-bike.

Ok, so they’ve given the bike concept GSX-R lights and there’s a touch of GSX concept about the face, too. But these fellas reckon that this bike IS still on the way, and we find that very interesting indeed.

What do you reckon? Do we need a new Busa or should we expect the soon-to-be-here-supercharged-bikes to fulfill our future needs for high speed fun?