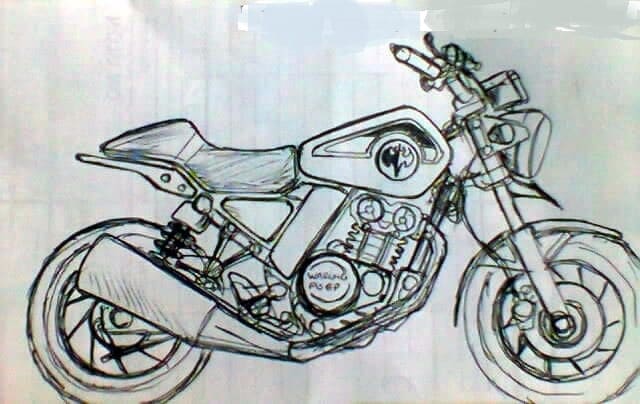 It seems as though there was a bit of ‘loose-lips’ going on at the EICMA event at the Milan Show, and they’ve been speaking about what’s coming in 2017.

Those who know about Kawasaki’s plans have, so we’re told, said that the company is currently developing a new 150cc motor (which can go up in capacity easily enough) and that new lump is going to power at least two motorcycles: a naked modern roadster and a 1970s-esque Scrambler.

Clearly these motorcycles, if true, are going to be aimed at the emerging markets of Asia and South America – but there’s little to suggest that either of these wouldn’t be included in European market motorcycle line ups either.

Images, more details etc are so far off being solid it’s daft to speculate further, but the image is a sketch from one of the people who were told about the new models and this, apparently, is pretty accurate for the small-Scrambler plan.