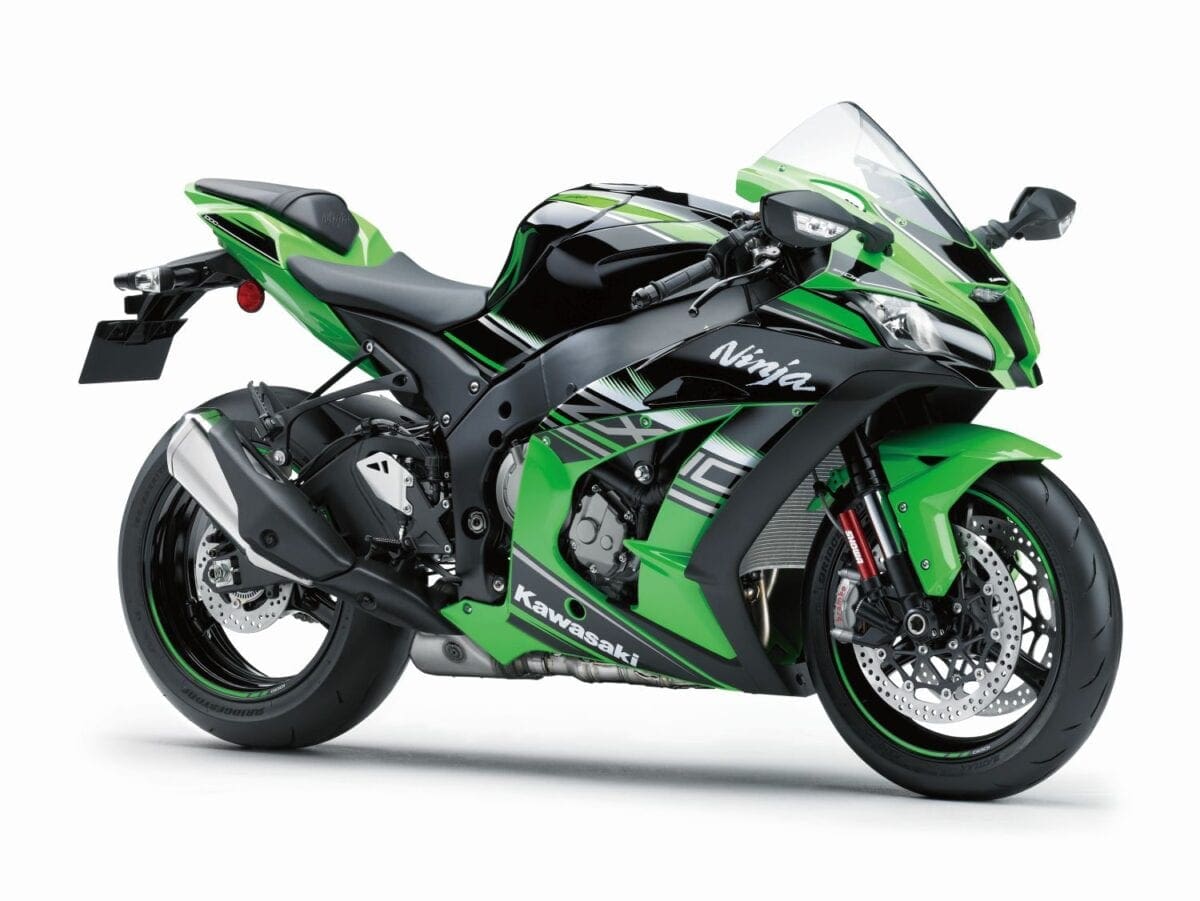 Kawasaki UK has announced the prices for the full 2016 range – including the brand new Ninja ZX-10R, J125, ZZR1400 and ZZR1400 Performance Sport models. It has also outlined an exclusive introductory launch rate of 5.9% on the popular K-Options PCP finance plan on the all new Ninja ZX-10R sold and registered by 31 March 2016.

Developed directly with the Kawasaki Racing Team, the new Ninja ZX-10R gets a host of new innovations in terms of chassis, engine and electronic upgrades. It will be priced at £13,649 for the Metallic Matt Carbon grey and £13,799 for the KRT Colour scheme.

Just 75 Winter Edition ZX-10R machines are arriving in the UK. With the same matt black and white livery as the Ninja’s tested by the World Superbike Team, the new machine features the KRT ‘Snowflake’ logo, plus the Japanese kanji ‘fuyu’ character which means winter. It comes with a road-legal Akrapovic silencer as standard, as well as stainless plates on the yoke denoting its limited edition status as ‘One of only 75’ 2016 Winter Test editions. It will cost £14,399. Ninja ZX-10R’s are due in UK showrooms in the last week of January.

Joining the J300 in the scooter line-up is the J125, a new entry for Kawasaki into the popular 125cc scooter market and A1 riding licence category. Shared features with the J300 include ABS braking, automatic under-seat courtesy light, shutter style security ignition and 12V charger socket. Available in Metallic Anthracite Black and Metallic Frosted Ice White for £3,799 and a special edition of Metallic Anthracite Black and Candy Blazed Green for £3,899. 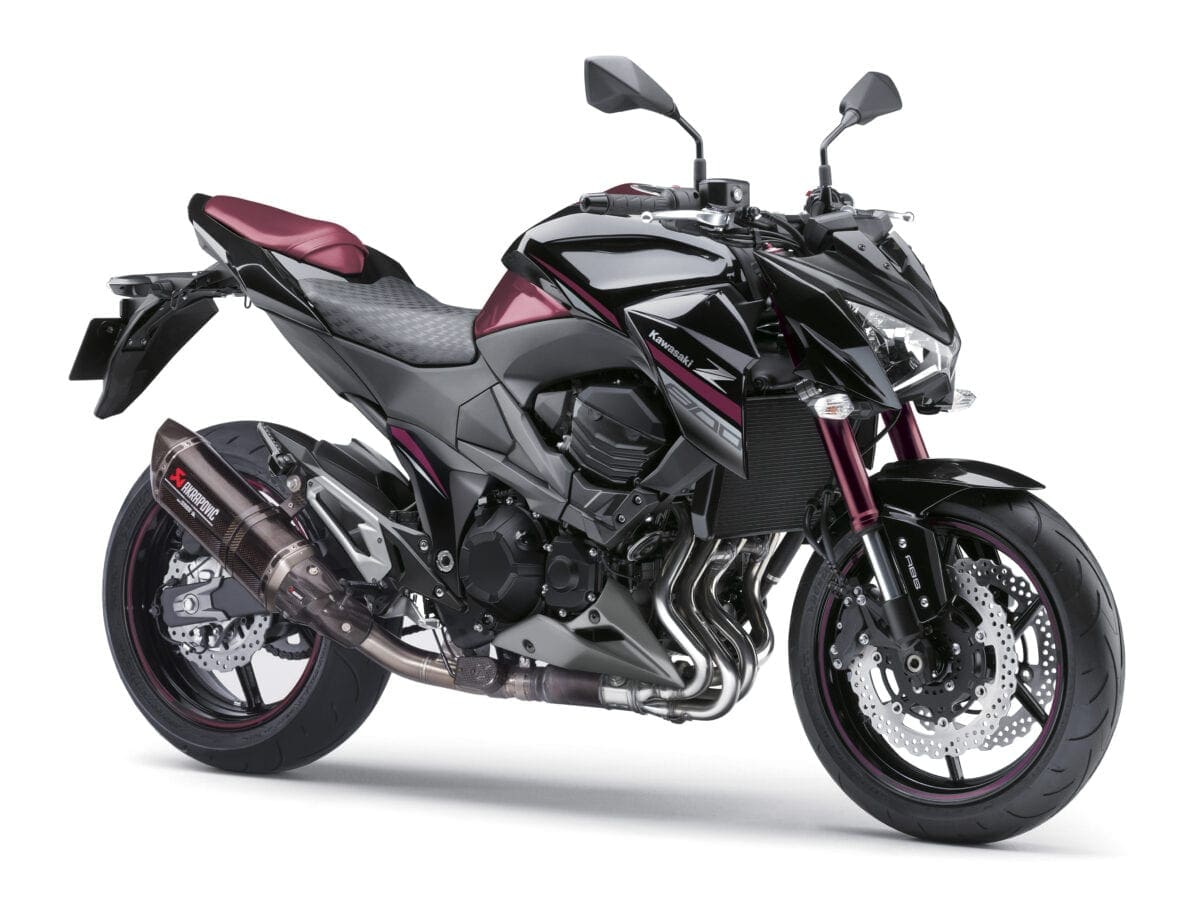 Also joining the 2016 range are the special Z800 and Z1000 ‘Sugomi Editions’ – with new Candy Crimson Red and black colour treatments, plus accent anodising and model specific Akrapovic silencers for each machine. The Z800 Sugomi Edition is priced at £8,349 and the Z1000 is £10,749.

The updated ZZR1400 model has an RRP of £11,799 or for the ultimate in hypersports tourers, the ZZR1400 Performance Sport model is £14,499, which boasts twin Akrapovic silencers as standard, Öhlins TTX39 rear shock absorber, a higher wind-screen and a high grade Brembo M50 braking package – new for 2016.

Craig Watson, Kawasaki UK Sales Manager, said: “We’re pleased to be able to announce the prices of the 2016 models ahead of the machines being on show at Motorcycle Live. The depth of the Kawasaki road range is so strong for 2016 – whether you have an A1 licence or a full licence, there’s something for really tempting for you. Plus, with the K-Options finance plans available on the complete range, you can ride away from your local dealer on a “green” machine for less than you may think.”