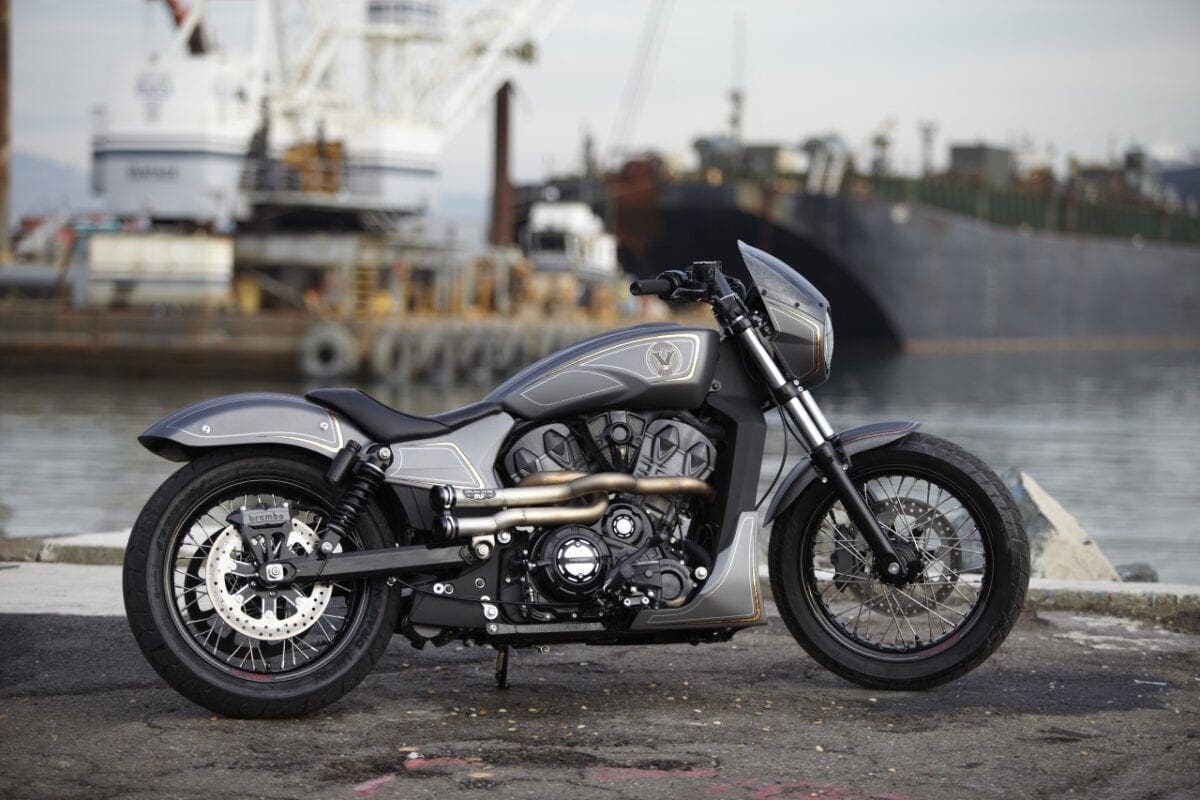 This concept, called ‘Combustion’, is powered by the new production engine that made its debut last month at EICMA in Milan, and was built by Zach Ness of Arlen Ness Motorcycles in Dublin, California. It’s the unit that powered the Project 156 Pikes Peak project motorcycle seen earlier this year.

“Our family has a long-standing relationship with Victory Motorcycles and has customised many Victory production bikes in the past,” says Zach Ness, third generation custom builder and grandson of the ‘Godfather of Customs’ Arlen Ness. “It’s always fun to look into the future, so to have the trust of Victory Motorcycles to create a concept bike has been great. Also, as one of the first to ride a bike with this new engine, it absolutely rips.”

This Combustion Concept follows the reveal of the Ignition Concept at the EICMA show in Milan, which was built by Urs Erbacher of Switzerland. While Ignition is a European take on what kind of bike could be powered by the new engine, Combustion is the USA’s impression of what a new bike could potentially look like.

Both the Ignition Concept and the Combustion Concept are built around the same engine that will power a new model to be revealed in 2016. The engine is a 1200cc liquid-cooled 60 degree V-Twin with four valves per cylinder.

“This new engine offers the most versatility in American motorcycling,” explains Motorcycle Product Director Gary Gray. “Both of the concepts, Ignition and Combustion, are intended to show what this motor is capable of in very distinct, visual forms. While the bikes are different, the powertrain is capable of delivering the performance in both cases.”

Steve Menneto, President of the Polaris Motorcycles Division says: “Victory Motorcycles has taken a strong positioning as the ‘Modern American Muscle’ brand and we are excited about the path we are taking. Our latest work will complement our existing line-up of motorcycles powered by the award-winning Freedom 106 design.”

Zach Ness created Combustion as an answer to what an American muscle bike could be. He says that legendary American muscle cars with high horse power and low weight were his inspiration.

Born into custom motorcycle royalty, Zach Ness is the third generation of custom builders. His grandfather Arlen, and Father Cory, established a relationship with Victory Motorcycles when Zach was only twelve, so the brand has been part of his entire adult life.

Ness adds: “This bike is awesome – loads of power, and an insane engine sound too. I wanted to create a bike that was fast, light and ready to attack the next green light.” 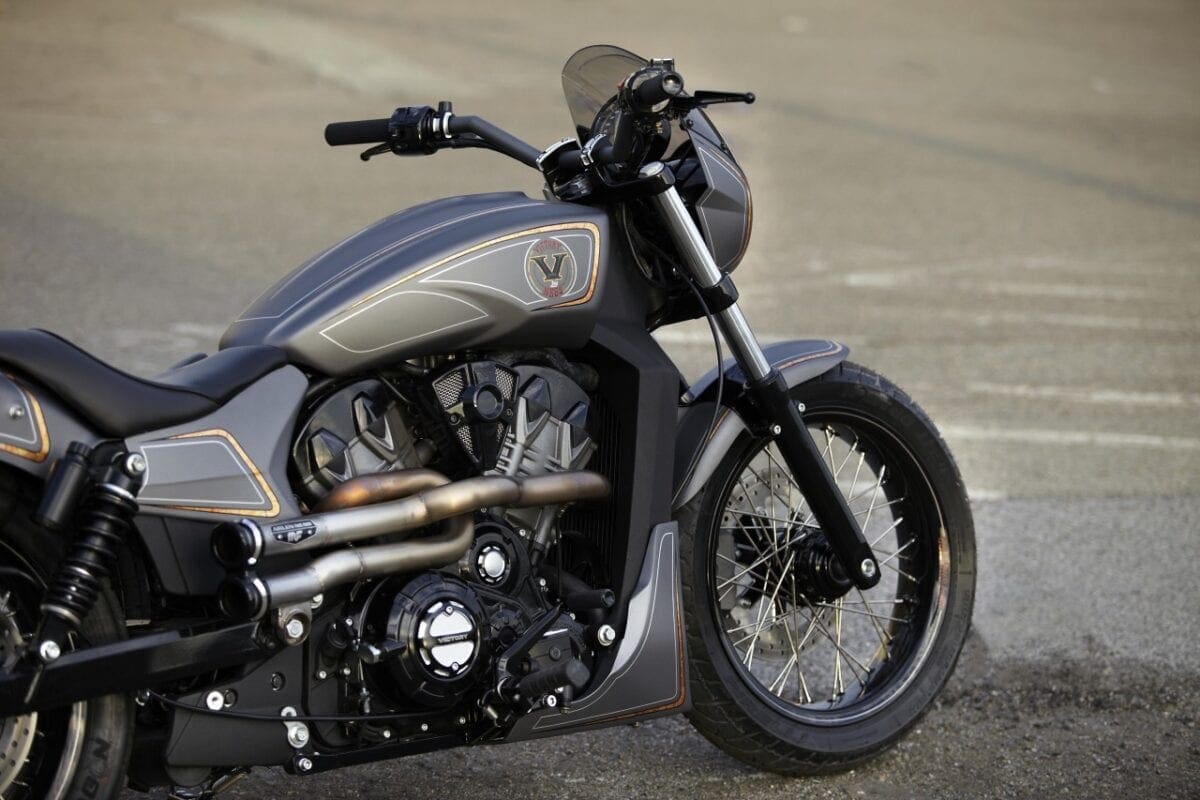