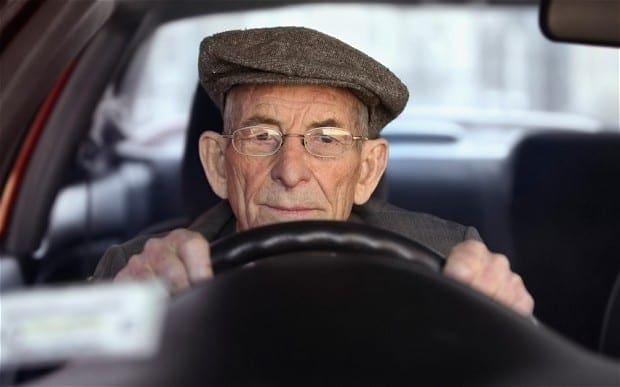 Researchers from Nottingham Trent University have found that over-65s take three times as long to cope with distractions and may therefore be less safe behind the wheel.

According to the study older people take longer to process more than one object compared to people aged between 18 and 30.

The speed at which people are able to process visual information may decline as age increases and that this could have far reaching implications in day-to-day activities including driving.

The study was published in the Journal of Vision and used a test on a screen to demonstrate that over 65s were slower at processing an object when additional ‘distractions’ were also shown.

The first test of the study asked participants to recall where an object had appeared on the computer screen before it disappeared. A second test then included four more objects as a ‘distraction’. A third test included two objects appearing at the same time and the participant only being told which one was the ‘target object’ after it had vanished.

The processing speed of people aged 65 to 86 was found to be three times slower than younger people in the second and third experiments.

Whist the study did not specifically look at driving competence, its findings seem to fit well to driving environment where drivers are faced with visual scenes consisting of multiple objects. But surely experience and confidence also plays a part in the real world?