Top Ten Motorcycles of Everything

Countless hours have been won and lost chatting – or arguing – about the top ten fastest bikes, the classics, the not-so-classics, and the “if only we won the lottery” bikes. Well, we thought we’d pull together a top ten of the top ten. From the most futuristic to the fastest female, to the most terrifying bike out of hell, you won’t have seen anything quite like this list of lists before but it will definitely give you something to talk about with your friends and family that’s for sure.

The TRON lightcycle surely has to come top of the list for being the most futuristic? It’s not supposed to even exist in real life, only inside an arcade game, but a fully-functional movie-replica was built and sold at auction for more than £50,000! 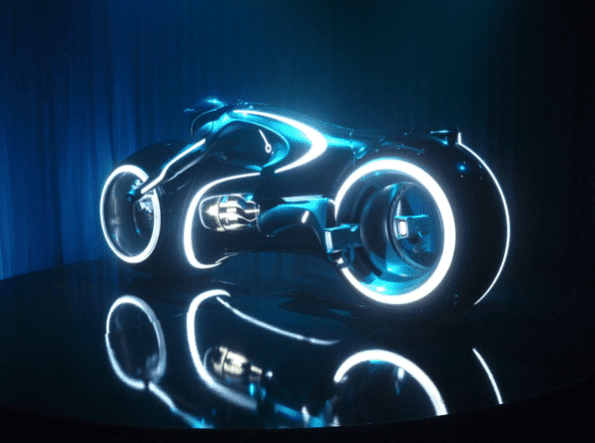 Published under the Creative Commons licence 2.0.

Eva Håkansson set a world record in 2014 for being the fastest female motorcycle rider, by riding her electric bike – yes, electric – KillaJoule at a speed of 270.224 mph. Did we also mention she spent five years designing and building it too? Go Eva! 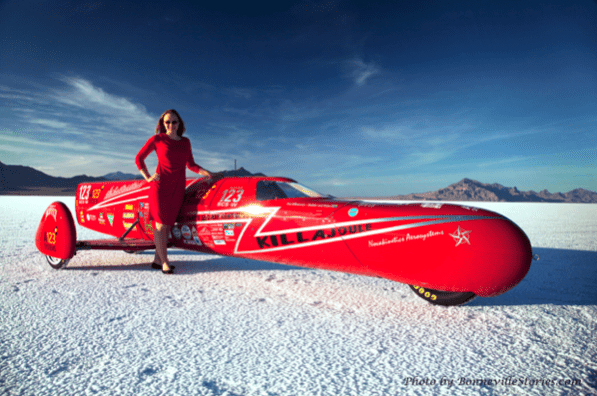 With a whopping 8.3L engine, the Dodge Tomahawk, although not road-legal is probably the main contender for the prize of being the widest, heaviest and all round biggest beast not-on-the-street. 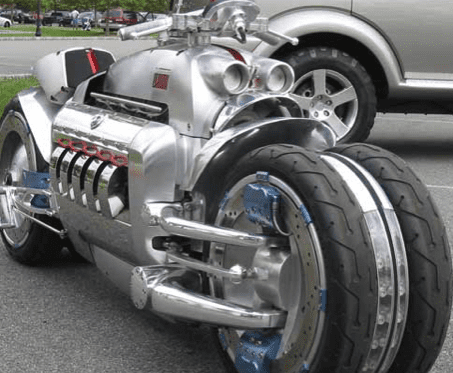 4. Most popular motorcycle in the UK

In the UK at least, the Honda CBF125 was 2014’s best selling bike. According to registration statistics, distributed by the Motorcycle Industry Association (MCIA), 101,277 new bikes were registered. And for 2015? It’s looking like it’s going to be Honda again, with the Honda PCX 125 racking up 710 sales in the first third of the year. 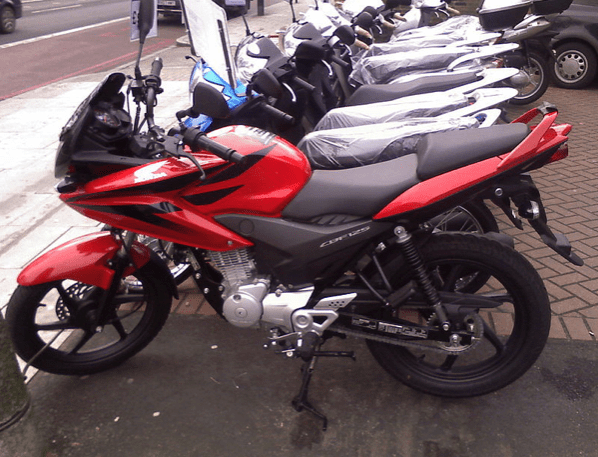 5. Most tangled in barbed-wire motorcycle

No prizes for guessing this one! It simply has to be Steve McQueen leaping into the barbed-wire fence riding a Triumph TR6 Trophy in the the Great Escape. There goes your no claims discount Steve! 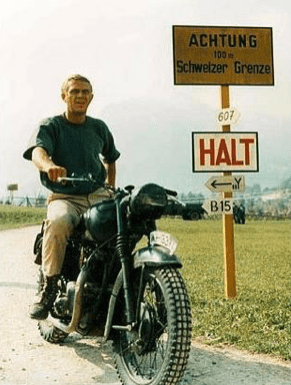 It couldn’t be anything else could it? The humble scooter, in this case the Lambretta, is the symbol of British youth culture in the 1960s and was the favourite transport of the fashion-conscious Mods (Modernists). It hit the silver screen when Phil Daniels (aka Jimmy) rode one past the Palace Pier in Brighton in the film “Quadrophenia” way back in 1979. 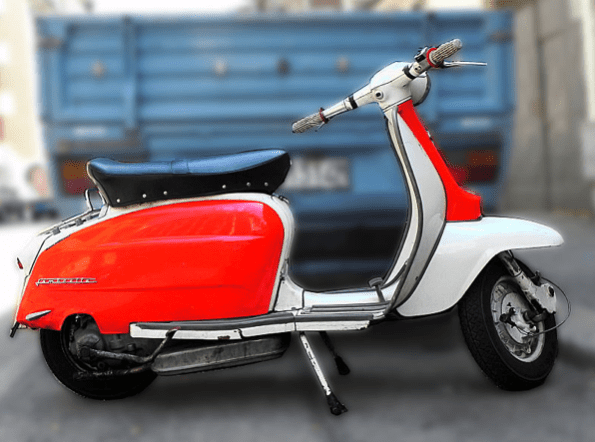 7. Most expensive motorcycle sold at auction

The winner of this award is the Captain America chopper from the film Easy Rider – which surely also wins the award for being the most laidback motorcycle in our list? It was sold in Los Angeles in October 2014 for a whopping £840,000. 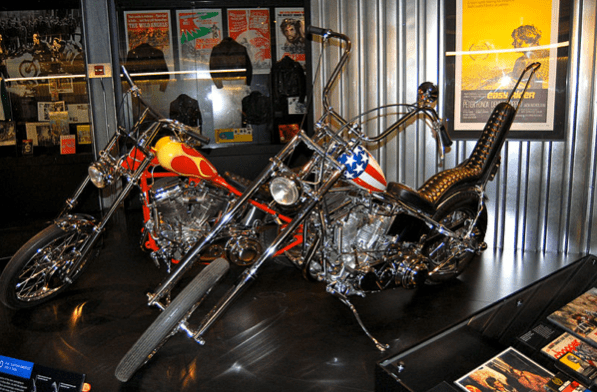 OK, it’s technically called the “Batpod” but who’s checking? It’s still a bike if it has two wheels with 20” tyres! Ridden by Batman in The Dark Knight and The Dark Knight Rises, this has got to be on every kid’s Christmas list, although mum and dad would have to disable the grappling hooks, cannons and machine guns of course. 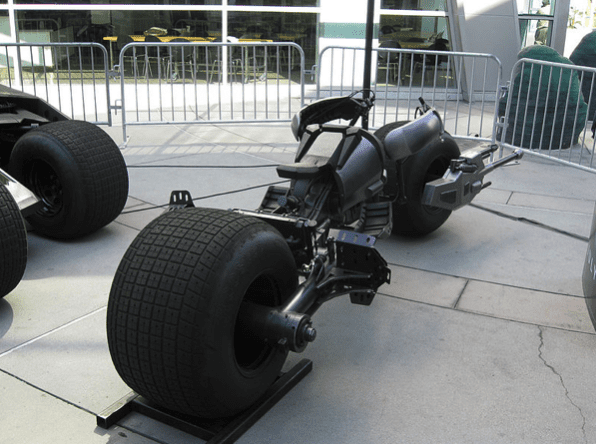 Photo – “Batpod” by Gavatron (talk) – Own work (Original text: I created this work entirely by myself.). Licensed under Public Domain via Commons – https://commons.wikimedia.org/wiki/File:Batpod.jpg#/media/File:Batpod.jpg

As far as we’re concerned it has to be Ghost Rider’s skeletal, flame-engulfed chopper! You’d certainly skip a heartbeat if you saw this tearing along the motorway that’s for sure. We’re guessing getting an insurance quote would be something of a challenge when they find out your soul belongs to the devil. 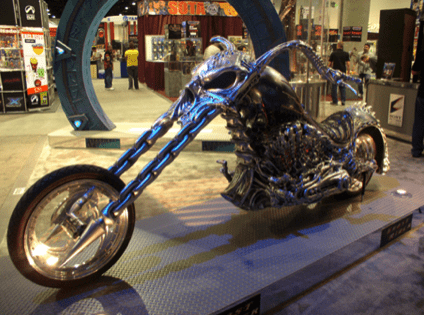 10. The fastest motorcycle by acceleration

And what top ten would be complete without a mention of the fastest bike? The R1000 sport bike from Suzuki’s GSX-R series is the current record holder – by acceleration – and once recorded a 0 to 60 mph time of 2.35 seconds! 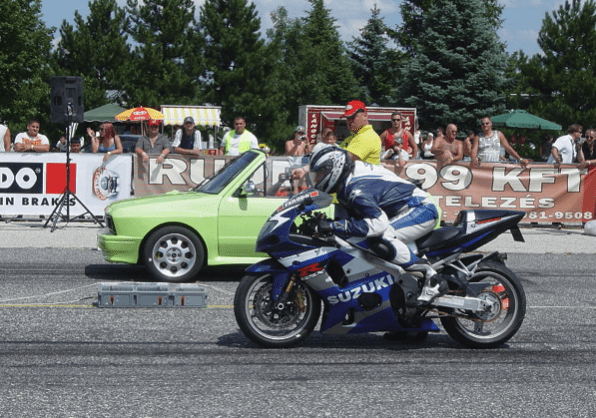