Marc Maquez backflip video: NOT real, here’s how they did it! 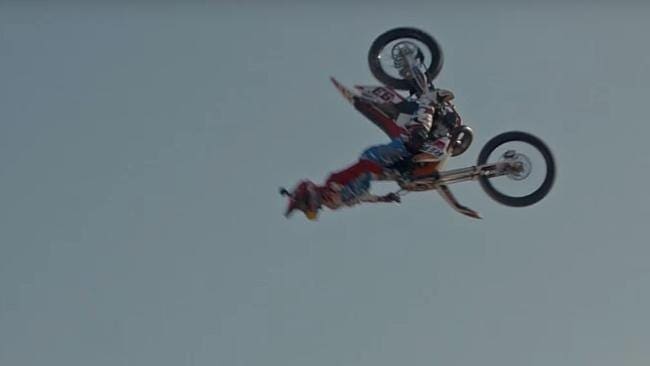 OK, we we’re pretty confused by this video of Marc Marquez doing a backflip on a motocross bike – and we reckon you’ll be a bit confused too if you’ve not seen it before. But this bit of Marquez mentall-ness on a crosser actually IS a fake. It’s not real. Boo.

Marquez posted this video on December 28 showing him pulling off a beautiful backflip after a brief chat and psyche-up with his friend, dirt mentor and off-road legend Dany Torres.

In the 1m 10 second long tape Marquez is seen putting on his helmet, riding past the take-off ramp then gunning the bike and pulling off a perfect backflip with an ultra-smooth landing. All frickin’ awesome.

Then the following day Marquez tweeted that the footage wasn’t genuine, claiming it was a joke. He said: “Joke! The backflip yesterday wasn’t real. I’d need plenty of jumps with you @danytorres71 🙂 Thanks @redbullESP”. 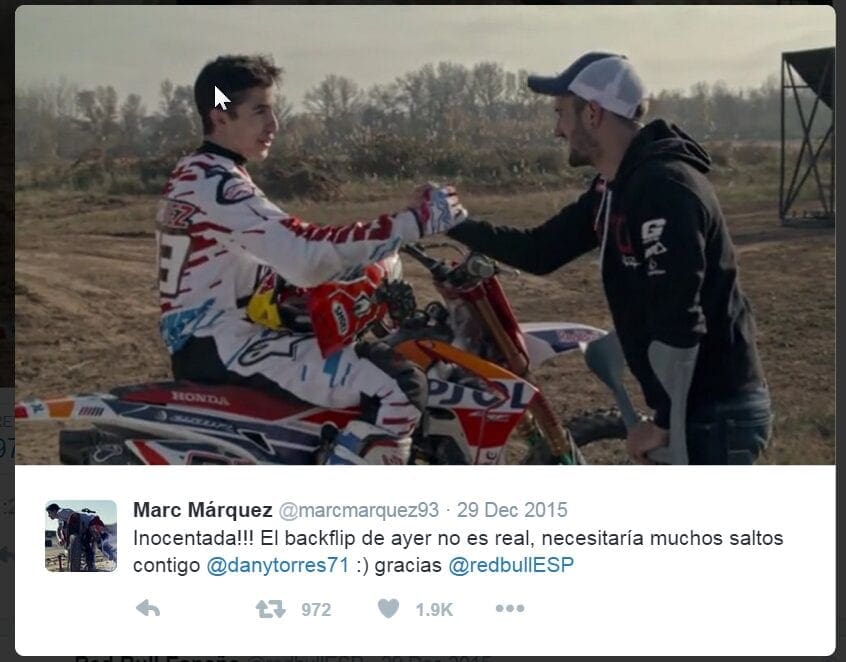 December 28 is known in Spain as the ‘Dia de Los Santos Inocentes’, or the Day of the Holy Innocents. Similar to April Fool’s Day. Marquez is saying that this joke video was a prank, and that it was posted on that day because of the not-true nature of the stunt.

Because the video looks SOOOOO real we were kind of split as to whether Marquez was telling the truth. Check out the footage for yourself. There’s no break in shot, no editing and no switches between riders.

However, if you look REALLY closely you can see how they did it.

Up to 0.44s into the tape, it’s Marquez on the four-stroke. At 0.45 it still looks like Marquez leaving the take-off ramp but the bike has switched to a two-stroke (two exhausts are replaced by a single exhaust and the bike now get an expansion chamber sited at the front of the bottom of engine). 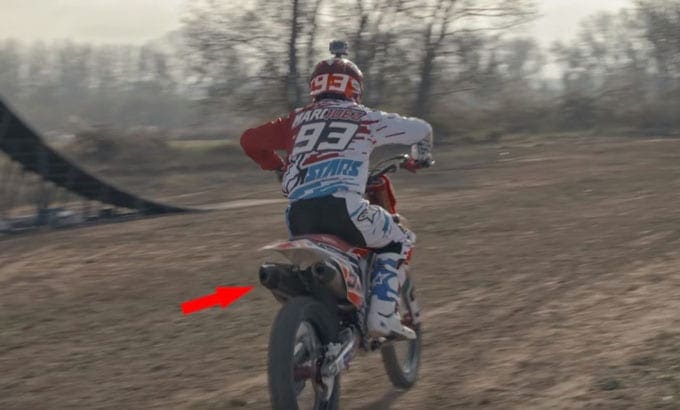 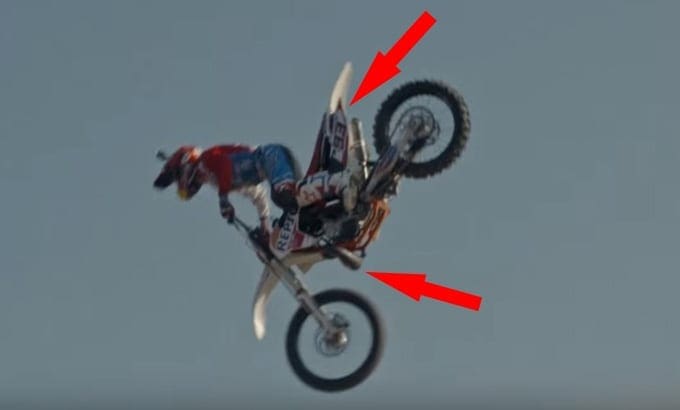 At 0.46s it’s still the two-stroke and at 0.47s the bike lands, compresses and the video switches back to the four-stroke as it’s ridden down the ramp and back round to meet Torres.

Whoever made this video needs to be working on the new Avengers movie doing the special effects because they’re wasted on a backflip prank. It took us ages to see the switch (so this video will really work if you fancy convincing your mate that this is real).

Marc Maquez backflip video: NOT real, here’s how they did it!