SCOOP: Yamaha announces Phase 2 for Motobot – track laps at 125mph+ AND it’s going to choose its own race lines… 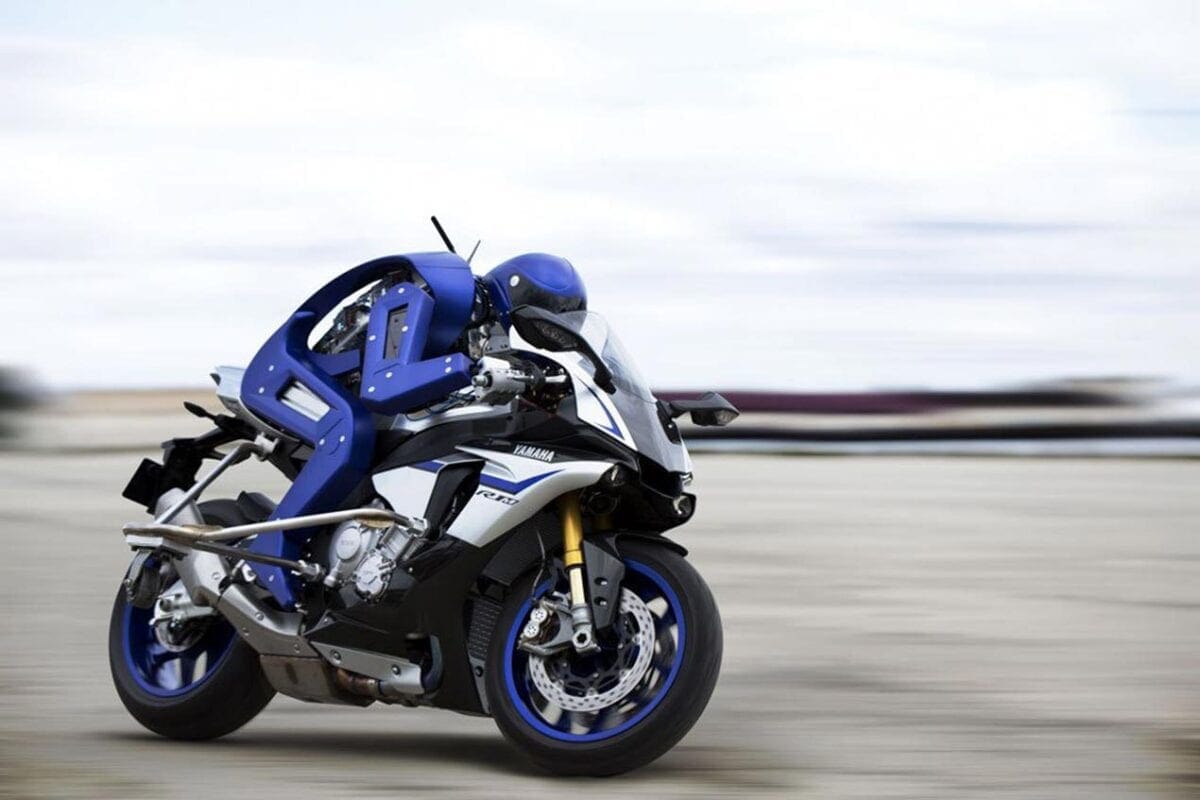 Yamaha has gone on the development offensive at the 2016 Consumer Electronics Show (CES) currently being held in the USA by saying that its Motobot project will be riding on track at speeds over 125mph by the end of the year.

Yamaha is clearly using the program, first announced at the Tokyp Motor Show last October, to take on Honda’s impressive Asimo robot and the tuning fork brigade is calling this announcement Phase 2 of the Motobot plan, saying : “the sophisticated technologies acquired in achieving the high objectives detailed here are also intended to be applied to advanced technologies and rider support systems in the future, as well as other options that may segue into new business development.”

Yamaha plans to upgrade Motobot with a suite of sensors (GPS, IMU, acceleration, braking, lean angle etc) that will help it know where it is when testing bikes on the race track on top of machine analysis as the laps are reeled off. Motobot will also be collecting data on itself.

The Japanese factory says that it also plans to add a learning capability to the Motobot project so that the humanoid robot can learn from each lap it completes on the race track which will mean that the mechanical rider will be able to act autonomously and pick its own racing lines.

SCOOP: Yamaha announces Phase 2 for Motobot – track laps at 125mph+ AND it’s going to choose its own race lines…