Guy Martin’s van stolen while he went to buy butty? 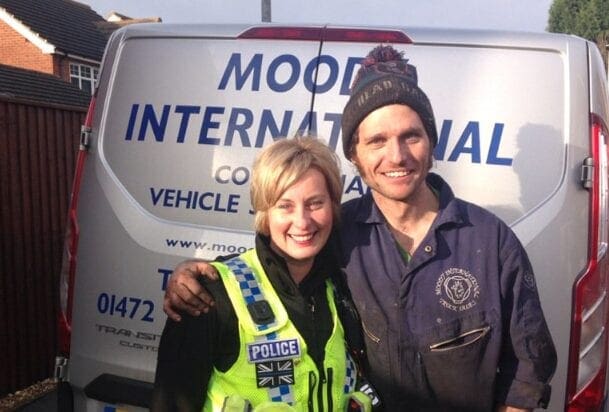 According to the Grimsby Telegraph, bike racer and TV personality Guy Martin may have been the victim of a van theft whilst out buying a butty.

Humberside Police is reported to have said that just before 11am on Friday, 8 January, a silver Ford Transit van was parked and locked on Estate Road, Grimsby, in order for the van driver to attend a mobile sandwich van on the roadside.

It is believed the van driver dropped the keys to the van and an opportunist thief allegedly took the keys and made off with the van.

Luckily for the van owner, Road Policing Officers heard the report of the stolen van and after a search, quickly found the van in a residential cul-de-sac.

Just after 1pm on the same Friday afternoon, Humber Roads Police tweeted a picture of Guy Martin with an officer, with a silver Ford Transit van in the background. The cation read: “One happy customer!” 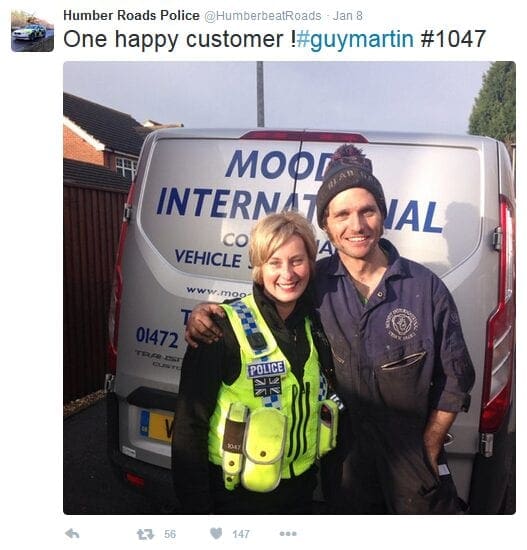 The victim was said to be “euphoric” with the speedy recovery.

Officers are now going through the evidence to establish who the thief was.