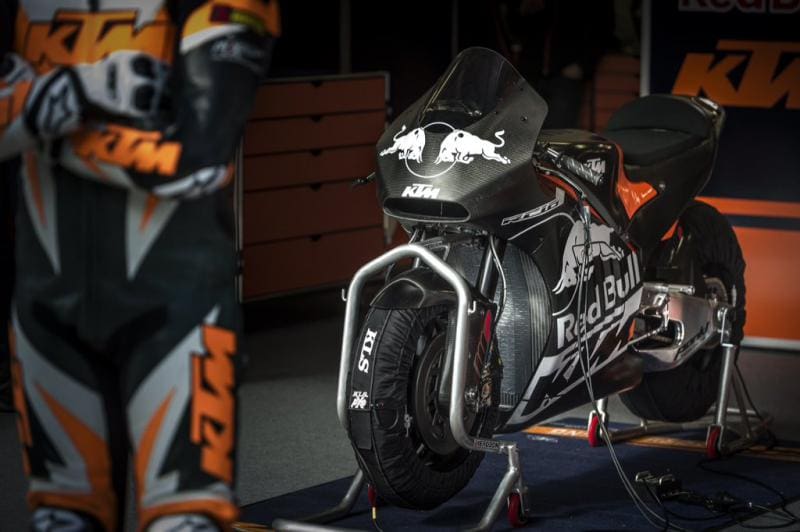 Check out this MotoGP deal to the Austrian round of MotoGP on August 12-14. The meeting is being held at the Red Bull Ring across the weekend and will be the first time the firm’s MotoGP bike – the KTM RC16 – heads out in public.

To mark the bike’s public debut, KTM is offering ‘Fan Package’ which costs £147.68 per person.

With general grandstand tickets for the event having been sold out, the ‘package’ ticket gets its holder access to the 8,000 seat capacity KTM Stand in the infield. As well as admission to the event on Friday, Saturday and Sunday, the Fan Package also includes an exclusive T-shirt, hat, lanyard, along with dedicated motorcycle parking in the special KTM zone and a coupon for a meal and drink.
The first Austrian Grand Prix since 1997 will be the first time that the RC16 MotoGP racer will take to the track to perform demonstration laps at a premier championship race. KTM official test riders Alex Hoffman and Mika Kallio will power the steel trellis-framed V4 prototype machine around the 2.6-mile circuit, based closed to the town of Spielberg in Austria.
For more information or to purchase this limited Fan Package, contact your local KTM dealer or visit www.ktm.com. The Fan Package can be purchased through the KTM parts system, part number 3WGP1656104.
Article continues below...