SCOOP SCARY VIDEO: Heroic Biker Cop gets mowed down by scumbag car thief and gets award for bravery 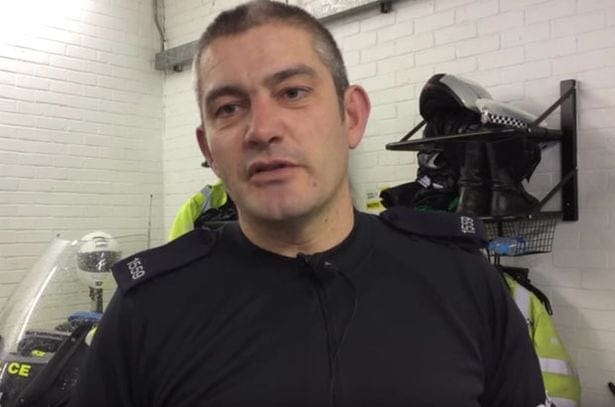 A motorcycle policeman has received a commendation award after being rammed off his unmarked police bike and into a roundabout by a speeding car thief. And we’ve got the footage of the whole jaw-dropping incident below for you to see.

PC Paul Hills was on patrol on the A13 in Essex when he spotted a speeding car joining the new 50mph section of road. Hills followed the car, passed it and signaled for the car to follow him. As the car and bike traveled up the slip road and towards the roundabout the car slammed into the officer and bike and then continued to push both into the hard road signs on the roundabout. 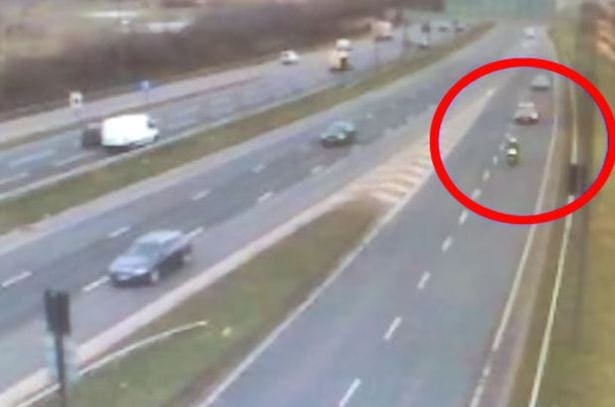 The shocking footage, below comes from roadside cameras and Hills own helmet-mounted camera. It’s pretty gruesome to watch.

Hills was only saved from further injury by a white van whose driver blocked the road between the fallen office and the stolen car. The stolen car is clearly seen trying to drive over Hills as he lay in the road. 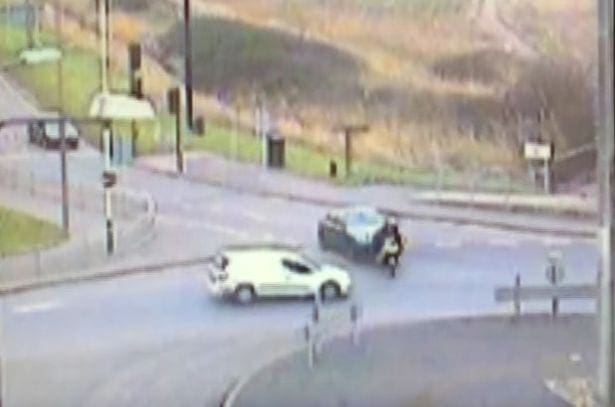 PC Hills said: “I felt a bang from behind. I thought he hadn’t slowed down or hadn’t seen me slowing down but then realising that I couldn’t control the bike at all, I did the best I could to stay upright.

“He just kept pushing me and pushing me into the roundabout. My vivid memory is just seeing the black and white chevron boards right in front of me and then landing in a crumpled heap on the floor before the vehicle drives off.” 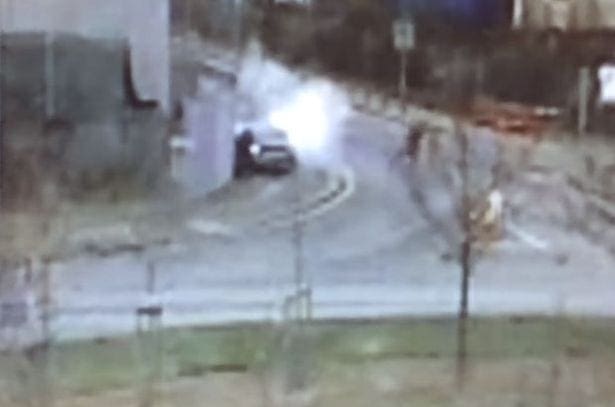 The driver eventually runs off but was later caught and was given a six-year sentence.

Hills suffered injuries to his back and neck in the attack but was back at work just a fortnight later.

The video footage is below along with Hills’ own account of what happened.

SCARY VIDEO: Heroic Biker Cop gets mowed down by scumbag car thief and gets award for bravery