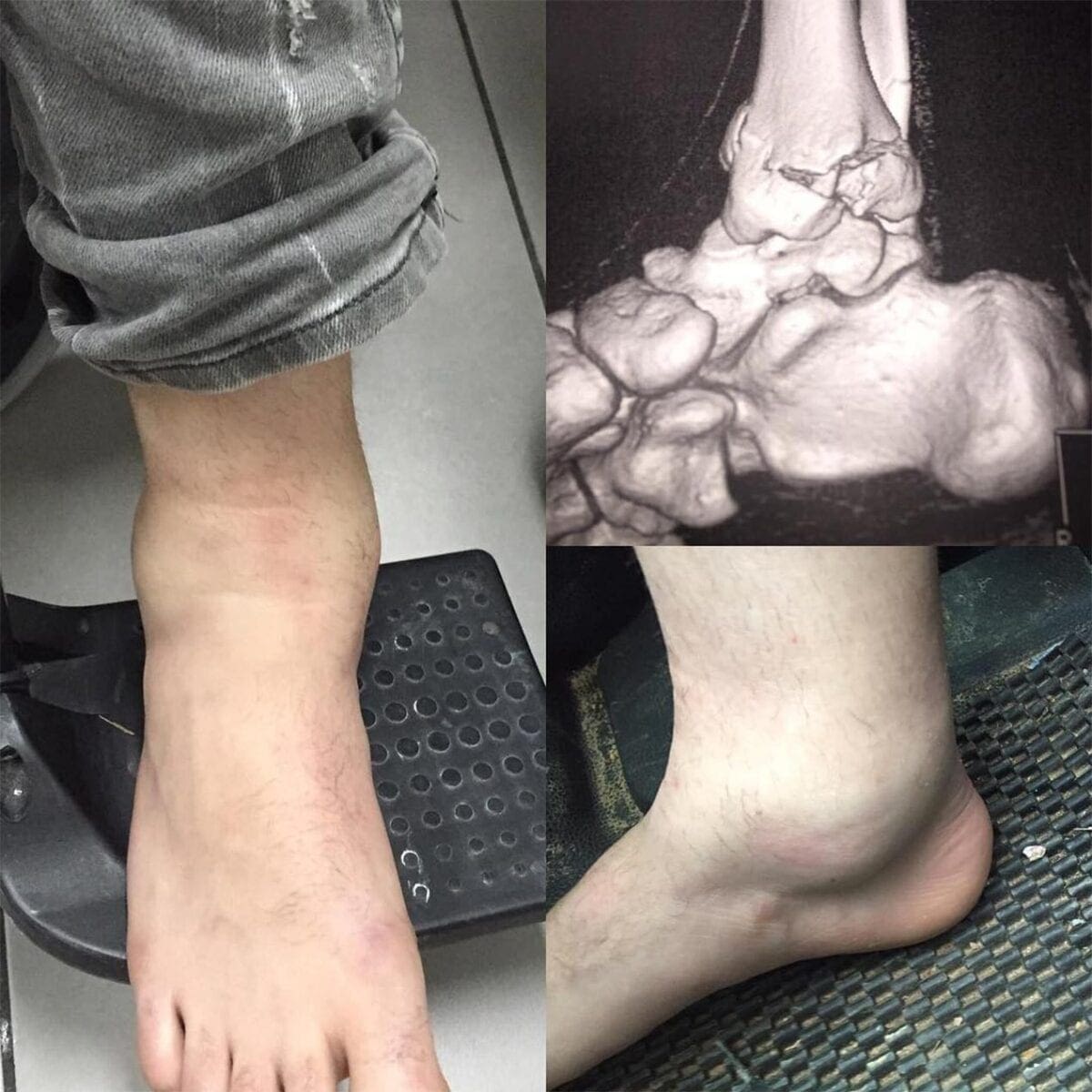 Australian MotoGP rider Jack Miller has broken his right ankle in an accident whilst riding motocross. Yep, this is the ankle in question, clearly knackered for a bit, eh?

Miller was riding at the Bellpuig motocross circuit in Spain on Sunday when he landed heavily fracturing the fibula and tibia near the ankle joint.

The incident happened when Miller had to close the throttle on his bike to try and avoid another rider who’d got into difficulty on a triple-jump. Although he didn’t fall, the impact of the landing was enough to break the affected bones.

The injury will mean that Miller most likely won’t make the first test of the year at Sepang, but this seems to not be too much of an issue because the Marc VDS team still don’t know the exact spec of Honda that it will get for the season (in terms of electronics package), engineering and team issues around the bikes will be sorted by the second test at Phillip Island on February 17-19 and by then the bikes will be ready for serious testing, about the time that Miller should be almost fit again. 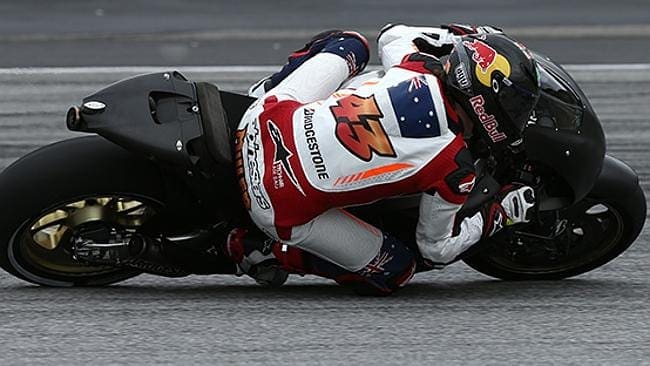