Here’s the first picture of the new, suped-up Kawasaki Ninja 250R out in early-days testing in Indonesia.

The two images snapped by an on-the-ball punter out and about aren’t the best quality in the world (in truth, he’s barely got any of the bike in question, but he’s got enough for now), but they do show two things: 1, that the Ninja 250R hotter, sharper version is well on the way and 2, this phase of testing is to assess bodywork and riding position on the move.

As you’d expect, the factory is currently doing comparison testing with the current Ninja 250R and the two bikes caught on camera show a current bike (below): 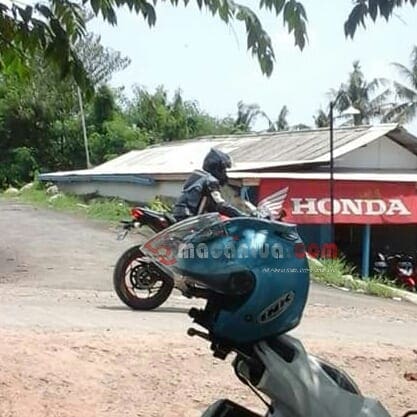 Which you can tell by the seat unit, height of the petrol tank and fairing screen. But it’s the other picture, below: 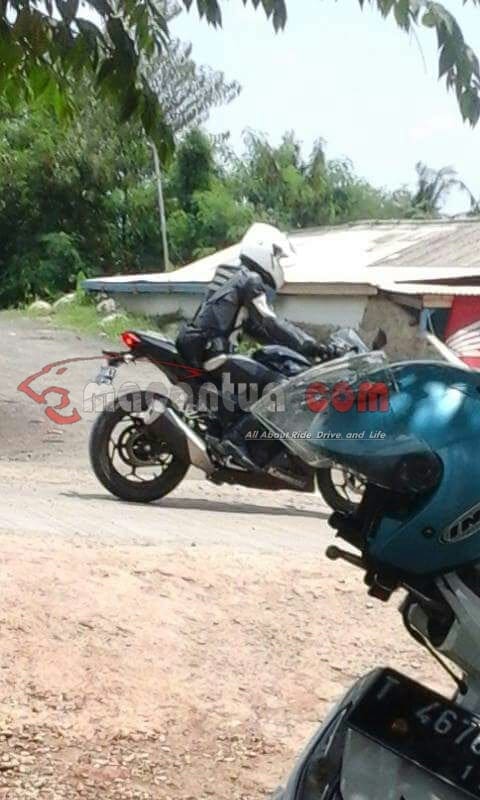 Where you can see the smaller, raised up, more aggressive seat unit, the smaller and more tapered-to-the-front petrol tank, the lower screen and slightly more pitched forward riding position. The badged bellypan is likely to be a current bike’s bit of bodywork which would explain the logos etc, it means that for now Kawasaki is looking at riding position and overall sporty look of the new bike.

It’s not much (and we’d have much preferred the ‘camouflage’ scooter to have not been in the way), but it is the first glimpse of one of the 2016 hot 250s actually out and about. Amid the claims about Kawasaki’s quarter-litre hotty and it’s upcoming sport bike 250 rivals from Honda, Yamaha and Suzuki it looks like 2016 is going to be a fierce battle for the hot 250 market.