Rossi interview: “No forgiveness for Marquez!” 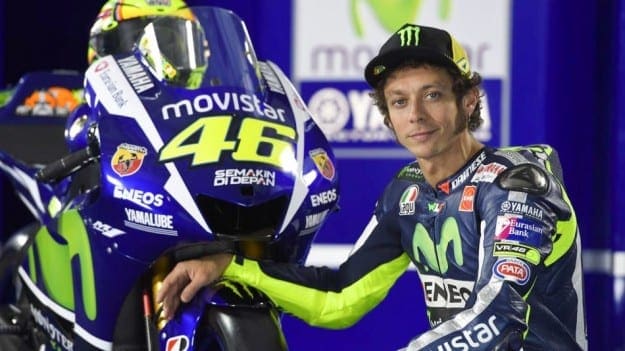 There has been a quite remarkable interview with Valentino Rossi appear from top journalist Manuel Pecino, in the interview Rossi says that there is NO forgiveness for Marc Marquez (“He decided to make me lose the title”),  that he’s not even thinking of quitting (“I’ve heard many times that it should be my last season: but we hope that 2015 is one of many more”) and that teammate Jorge Lorenzo and rival Marquez have little respect for the nine-times world champion (“What is respect? For me, Marquez especially but also Lorenzo had little respect for me. I believe I was right: I always respected everyone and will continue to do so. But it should be paid”).

It’s a belter of an interview – to read it all go to www.pecinogp.com, we really recommend it but here’s those pull-out quotes from it:

After Valencia, did you ever think about quitting?
“Surely it was difficult to accept what happened at the end of 2015, and could have also have been the impetus to quit. But it would be like giving up and I want to race, I think I’m still competitive. So no, I have never touched on the idea of quitting: I have another year contracted and, above all, it would not be the right reaction. We must take advantage of what happened last year to be even more motivated and we must look ahead.”

You shook hands with Lorenzo, that was not so likely to happen …
“We must be strong and leave out personal issues. Lorenzo was my teammate for many years and often was my direct opponent: we have to work together and be professional. If there is a good atmosphere it is nicer.”

Did you shake hands with Marquez?
“Fortunately Marquez is not my team-mate…”

You always said that age is not a problem, but many consider last season as your last chance to win the title: how do you see it?
“In recent years, I’ve heard many times that it should be my last season: but we hope that 2015 is one of many more … It will definitely be difficult to be as strong as in 2015, but that’s the goal: to fight for the win, for the title, to conquer podiums. Then we’ll see.”

(Lin) Jarvis (Yamaha MotoGP Boss) said that we want respect between the riders and between all the people involved in MotoGP: do you still have respect for Lorenzo and Marquez?
“What is respect? For me, Marquez especially but also Lorenzo had little respect for me. I believe I was right: I always respected everyone and will continue to do so. But it should be paid.”

Rossi interview: “No forgiveness for Marquez!”