We’ve probably already told you about three of the new models that are on their way from MV over the next few months (definitely slated to appear well before the major shows later on in 2016) – the new Brutale 675, Dagster 800 and Brutale 800 RR are all on their way, according to sources.

But with another gem released by the big MV boss, CEO Giovanni Castiglioni saying at a recent launch that the Italian company will launch six more bikes, it now looks like the three naked bikes will be joined by three faired machines too.

This is the projecting of the coming models for the year that was shown at the launch: 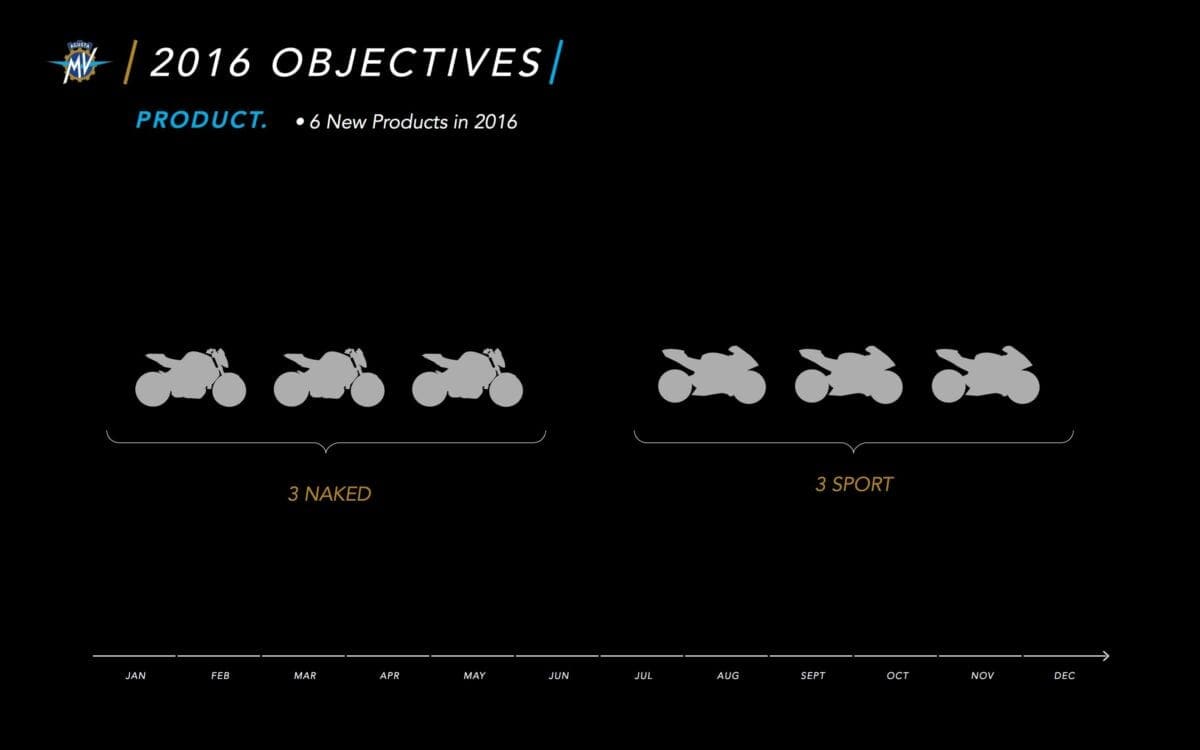 It’s likely that the MV Agusta F3 Solar Beam that we showed you last October will be one of the new models but as for the other two… well, there is some suggestion that one will be a faired version of the new 675cc motor that’s powering the new Brutale but the other could be a new F4.

We’re not entirely convinced that the F4 is getting updated just yet, what do you think? A hotter, new, even more sexy F4 for 2016 sound good? 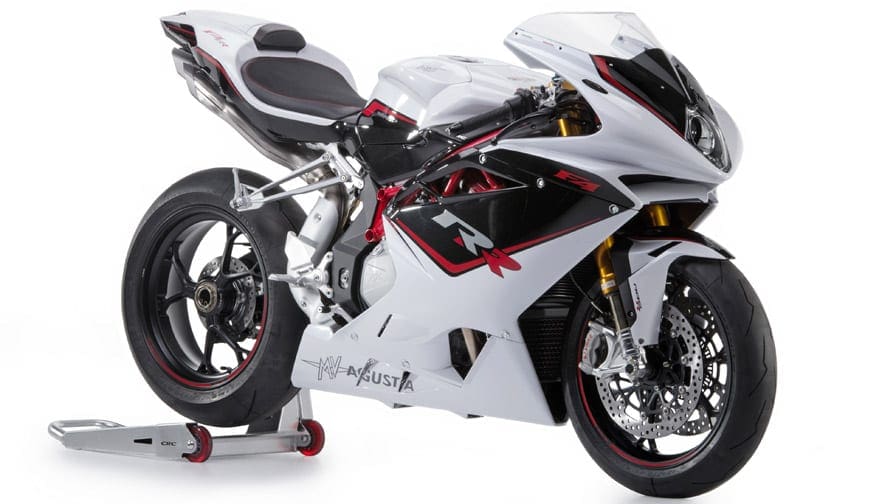