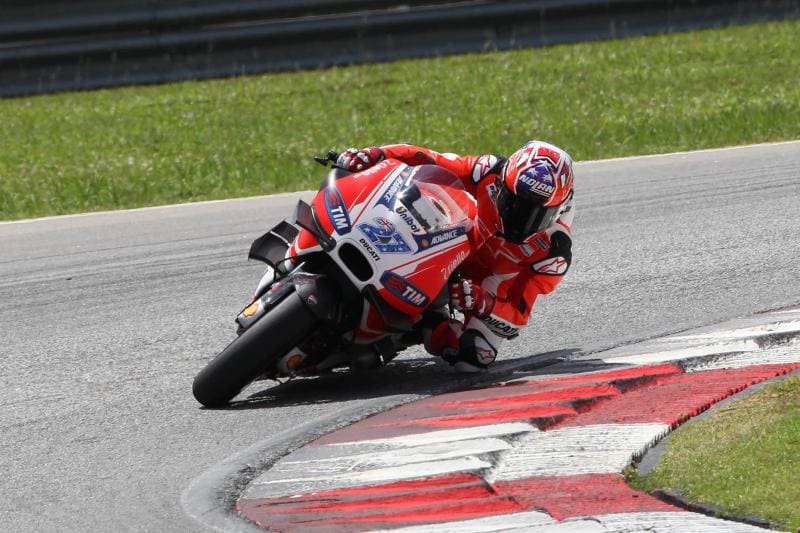 As such, this 16 minute-long video (posted below) has appeared on the internet where Stoner talks pretty openly about the Ducati premier bike that he’s been asked to test and develop.

Stoner and fellow test rider Michele Pirro were putting the new bike through its paces at the Sepang test over the weekend. Stoner, world champion in 2007 and 2011, completed 54 laps with temperatures reaching around 40 degrees.

Stoner said: “It was a great experience today with the Ducati Team. I honestly didn’t know what to expect, but the whole team was fantastic: I was welcomed in the best way and we worked well together. I still need a little more time to return to a competitive level and find the right feeling because I haven’t ridden a MotoGP bike for a year and haven’t been on a race bike for six months. But it was a positive first day, we immediately found a good feeling with the bikes and tyres, quicker than I would have expected. We have many things to try and I still have to get used to the bike, but overall I’m happy. The Desmosedici GP has great potential and I hope to be able to give the right feedback to Gigi and the Ducati engineers to help the two Andreas get some good results this year. I’m happy and a bit surprised with my lap time and I hope to improve it further tomorrow. It was great to be working with Gabriel Conti again together with Marco Palmerini and Gigi Dall’Igna, who have all proven true professionals today.”