This is a pretty weird story that’s appeared in the Daily Mail today – but it’s well worth a look if you’re a biker, or a woman, or a woman biker, or a make biker with long hair.

Here’s what the Mail says:

A man who let his hair grow past his shoulders has revealed how constantly being mistaken for a woman on the open road has made him realize the constant threat of violence female drivers face on a daily basis.

In the years following his decision to grow out his hair in 2012, former professional BMX racer, Jack Baruth, 44, from Brooklyn, said there have been numerous incidents in which male drivers threatened him and screamed vulgarities at him – until they realized he is a man.

‘There are some men out there who, given the chance, will take a traffic incident as an excuse to harass and threaten women,’ he wrote in an essay for Road and Track. ‘Listen, I’m not what they call a “social justice warrior” searching for wrongdoings, but the evidence of my own eyes – and hair – is too strong to refute. 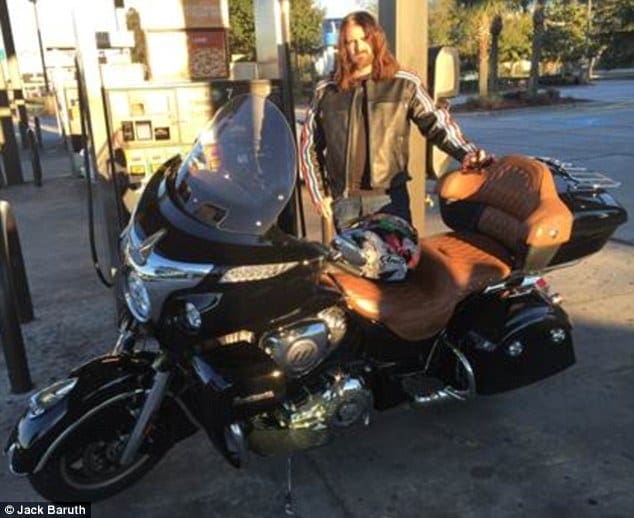 ‘As a woman on the American road, you really are at more risk of road rage or abuse from your fellow motorists than you would be if you were a man,’ he noted.

Jack said he decided to stop shaving his head with a quarter-inch clipper on his 33rd birthday after reading poet Robert Bly’s Iron John: A Book About Men for the ‘third or fourth’ time. He kept his hair above his collar until he found himself working at a job that didn’t require him to ‘look corporate’ in 2012.

The auto journalist’s hair is now past his shoulders, and while he says his 240lb, 6’2″ frame, and full beard should make it hard for him to be mistaken for a woman, people get confused by his motorcycle helmet, which features flowers, koi fish, and the ‘Great Wave’ graphic on it.

Jack also noted that he drives a Honda Accord Coupe and a Porsche Boxster S, two types of cars that he said tend to be preferred by women. 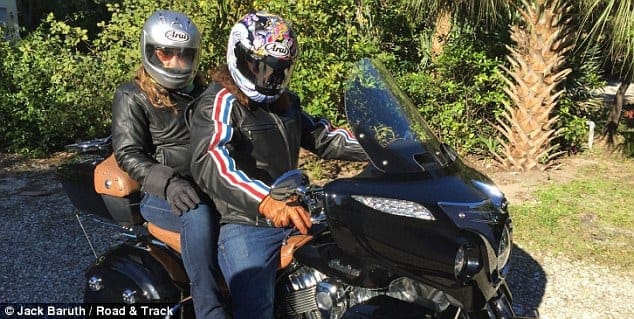 The writer recalled that during one instance a fifty-something man driving a Lexus SUV was red-faced from screaming when he pulled up to Jack’s motorcycle and lowered the passenger window in his car after he flew past him as he sat in a line of cars waiting to enter a parking garage.

In addition to yelling ‘every nasty word’ he had ever heard, the man, who thought he was a woman, added: ‘B***h, I am going to get out of this car and beat you until you can’t stand up’.

However, when Jack removed his floral helmet and revealed he was a man who was more than willing to stand up to his attacker, the man peeled away.

‘The usual scenario goes something like this: I do something to upset another driver, like squeezing in front of them on the freeway (in my car) or lane-splitting past them in traffic (on my motorcycle),’ Jacke explained. 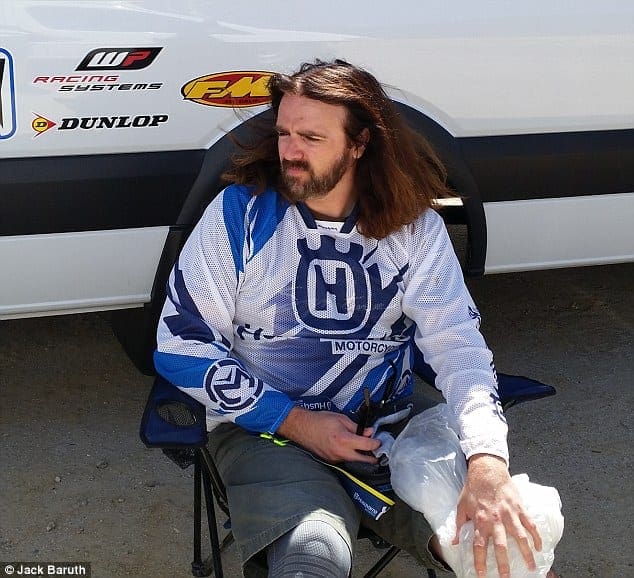 Jack continued: ‘They can only see the back of my head, so they assume that some woman has gotten the better of them somehow. This leads to them breaking the laws of traffic, sanity, and sometimes even physics to get up next to me, blaring their horn and shouting.’

However, he said as soon as he reveals that he is a man, they immediately stop their aggressive actions and pretend ‘like nothing’s happened’.

Jack admitted that for a long time he couldn’t figure out why people wanted to fight him until they saw his face, and it was actually his six-year-old son who explained what was happening.

‘Dad, not to make fun of you, but you look like a girl. A really big girl. Until I see your face,’ his son told him.

Jack said this reminded him of an incident that occurred when his hair was still short. He recalled how he was the third car in line leaving his car parking lot when he beeped the horn because the first car ignored multiple opportunities to pull out onto the main road.

The man driving the first car immediately got out and started pound on the driver’s-side window of the second car, which was being driven by a woman. When Jack got out and explained that he was the person who beeped the horn, telling the guy to just get back into his car so they could all go home.

‘That night, I lay awake thinking about what it must be like to be the kind of person who will threaten a woman in traffic but meekly acquiesce to what another man tells you to do. Uncool doesn’t begin to cover it,’ he explained.

And while Jack said multiple people have advised him to just ditch his ‘girly’ helmet, he noted that he isn’t willing to change his hair, helmet or choice of car just to avoid run-ins with ‘some misogynistic douchebag’.

‘I’d like to think that every one of these incidents offers the other person involved a chance to change their behavior in the future, and to treat female motorists with respect and consideration,’ he said.