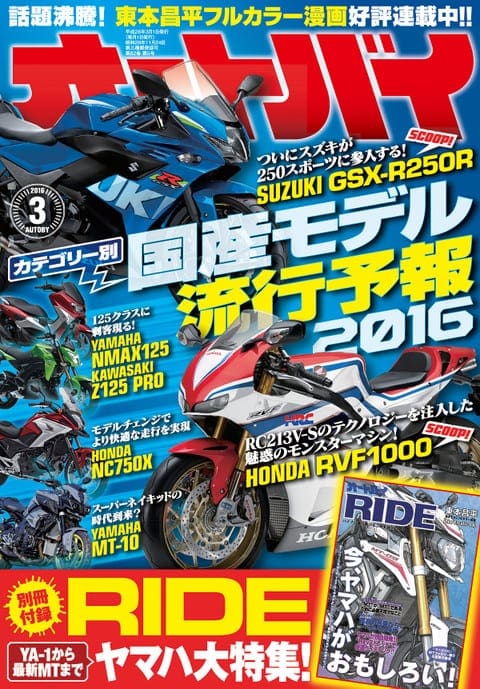 We’ve been banging on about the ‘Super Blade’ that’s on its way from Honda for a while now and another Japanese magazine has put out its latest batch of info on the upcoming project.

The half-way, high-tech bike sited between the current Fireblade and the RCV213V-S has been doing the rounds for a few months in Japanese rumour circles and as we head deeper into 2016 more details seem to be leaking out.

The latest issue of Autoby magazine in Japan is the newest title to pick up the story, this time combining all the known elements and confirming via factory inside sources that this is the deal and the bike that’s coming is a ‘Super Blade’.

We reported a while ago that the bike is being built to take on the likes of the Yamaha R1, Kawasaki’s ZX-10R and Suzuki’s upcoming GSX-R, all of them high-tech, top-end superbikes with a raft of rider aids and electronics. The current Blade is woefully lacking on the clever stuff, being virtually bereft of everything now commonplace on the top-of-the-chain rivals.

Honda is keen to not spoil the sales of the current Blade and wants to leave that model at the more affordable end of the market rather than lump it with lots of tech improvements and hike the price from low teens to closer to £20k – doing that would seriously limit the number of bikes sold. So instead of hurting current market share with the Blade the factory is developing the ‘Super Blade’. Possible names of the new bike have ranged from just ‘Super Blade’ to ‘CBR10’ (found on an Indonesian importers order manifest) and even a return to the RVF name used in the 1990s – that’s the option that Autoby is going with.

But whatever the bike is actually called there’s no doubt that this motorcycle is on its way fulfilling the gap in the superbikes range for both a ‘lesser’ specced version of the RCV213V-S and a higher-specced Fireblade.