Stop for the law, biker, or we’ll shoot you! (he stopped. they still shot him) 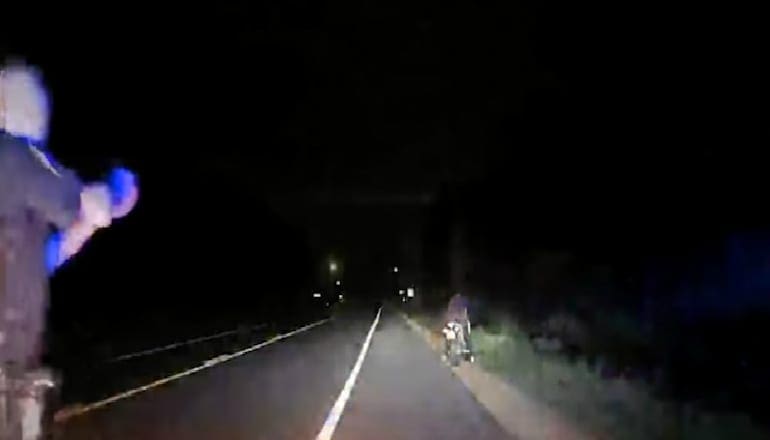 It clearly doesn’t pay to do what the police want you to in Minnesota – because you’ll just get shot anyway. And here’s the proof in the video posted at the bottom of the report (warning: there’s some bad language from the copper in it, so best turn the volume down for a first view).

That seems to be the case with this dash-cam footage that’s just surfaced of a shooting that took place last June in the Twin Cities suburb of Eden Prairie.

Motorcyclist Matthew Hovland-Knase (pictured below) had reportedly been speeding when Police Sgt Lonnie Soppeland chased him and hit the lights and sirens. 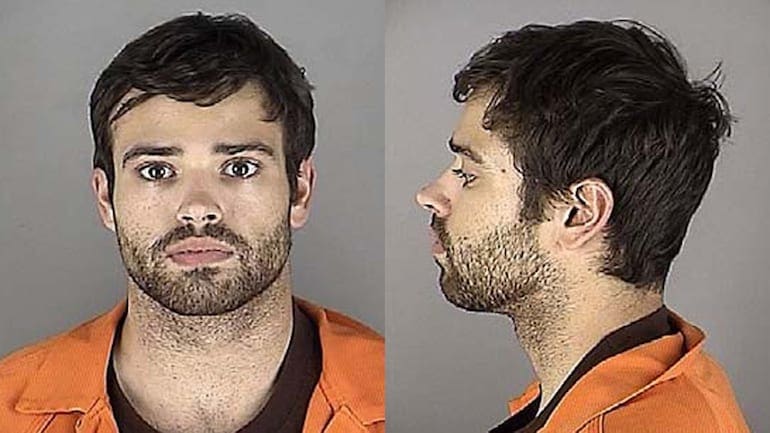 The footage then shows Hovland-Knase obeying the officer and pulling over to the side of the road. The cop gets out of the car and shouts instructions to the rider but as he does so Mr Policeman decides to fire off two bullets at the rider (we assume, for good measure) and hits him in his left arm.

Sgt Soppeland was 30-40ft behind the rider who was facing away from the officer at the time of the shooting (you can here the first shot fired around 30s into the film).

In the investigation that followed, Soppeland blamed his actions on muscle memory developed as a result of firearms training he had undertaken less than a month before the incident.

“It was not my conscious choice,” Soppeland told investigators. “I feel the muscle memory from that recent training of squeezing the trigger contributed to the unintentional discharge during a high-stress situation.”

Soppeland was placed on administrative leave during the investigation. No further disciplinary action was taken as a result, and he has since returned to active duty.

Stop for the law, biker, or we’ll shoot you! (he stopped. they still shot him)