VIDEO: Biker filmed dancing on his bike on the M27 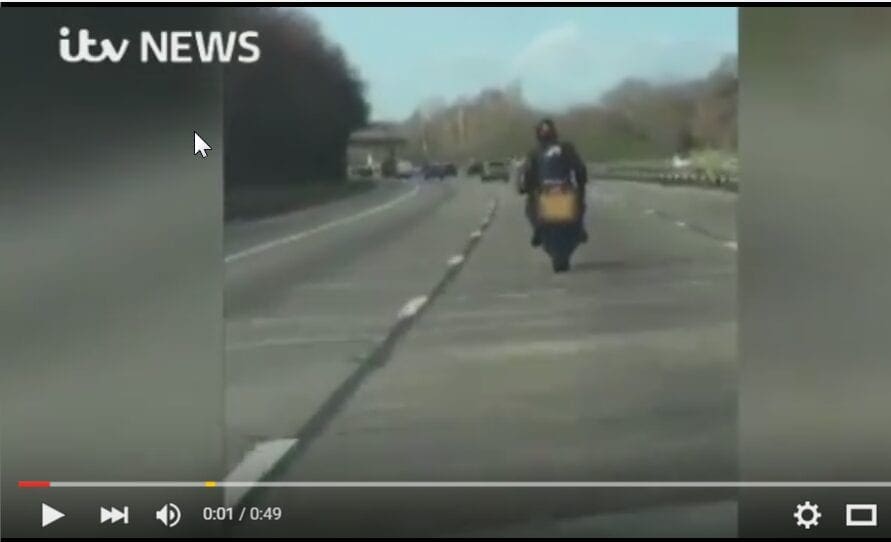 This bit of footage is doing the rounds this morning – a British biker riding along the M27 having himself a bit of a boogie.

We hope he’s listening to some music, otherwise he’s got himself some issues on the open road. This footage was posted online and picked up by ITV.

Apparently, the biking boogie-er was riding like this for more than two miles along the motorway.

At least his lane discipline is better than the person doing the filming… not that we’re condoning dancing on a motorway whilst riding along no-handed (oh no…).

VIDEO: Biker filmed dancing on his bike on the M27