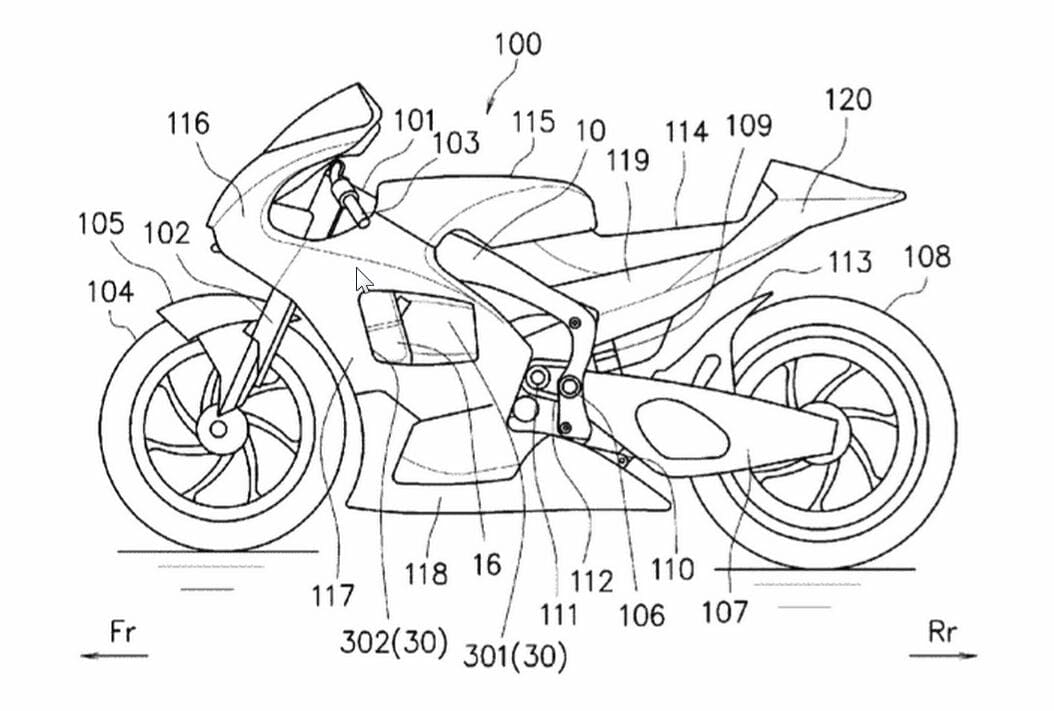 These are the first patent drawings and details of Suzuki’s next-generation GSX-R250 – the hot quarter-litre machine set to arrive at the end of the year and the first shot across the bows of Suzuki’s rivals in what looks to be the most hotly contested sector of motorcycling in 2017.

Each of the major manufacturers are known to be bringing out hotshot 250s next year and we’ve already brought you spy shots of the Kawasaki Ninja 250 undergoing bodywork and riding position tests.

But these drawings just filed by Suzuki give us the most amazing detail yet about the modern successor to bikes like the firm’s RGV250 and RG250 two-strokes.

The new GSX-R250 will be a four-stroke and from these drawings it doesn’t look like there will be any chance of a supercharger on the tiny bike. What these drawings show is that the bike will have a new take on both the frame and the fairing. 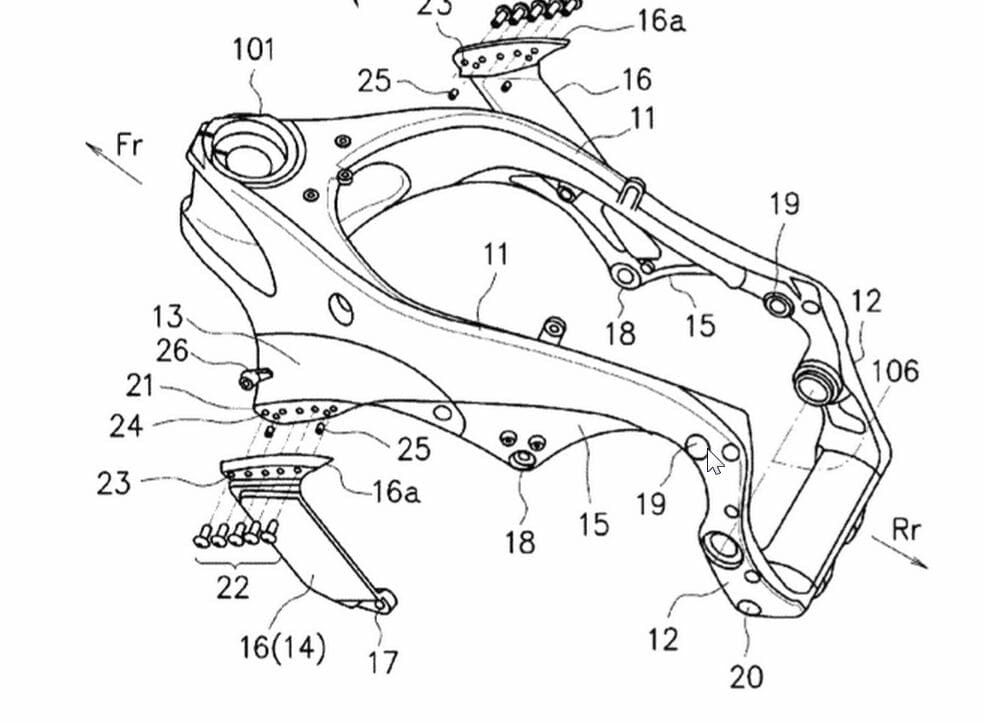 The area to focus on in the diagrams are items 16, 16 (14) and 16a. These are wings that spur out from a very narrow frame, itself with extended shoulders. The wings are bolted to both the frame and the engine.

These so-called wings also funnel air around the engine, helping to keep everything cool – essential on a high-revving 250. 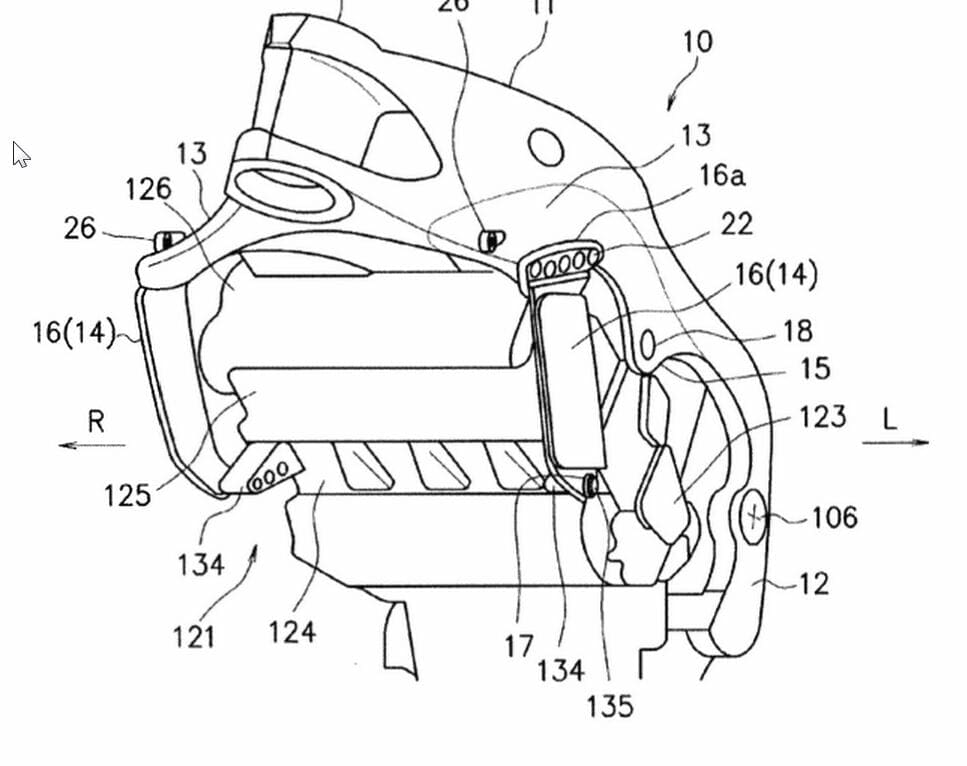 But it’s the multiple reasons for using the wings that make most sense. The shape of the wings themselves is called the ‘inverted Fuji’ shape and is used because not only is it a very strong way to support an engine, but can also be made to perfectly channel the air around the motor.

According to the patent, these wings will be made out of a carbon-fibre/plastic combination and will serve as part of the bike’s fairing, too – so they will be visible as central leading-edge parts of the middle section of the 250’s fairing. Bolted to the shoulders of the frame, the wings then bolt to the crankcases of the engine. 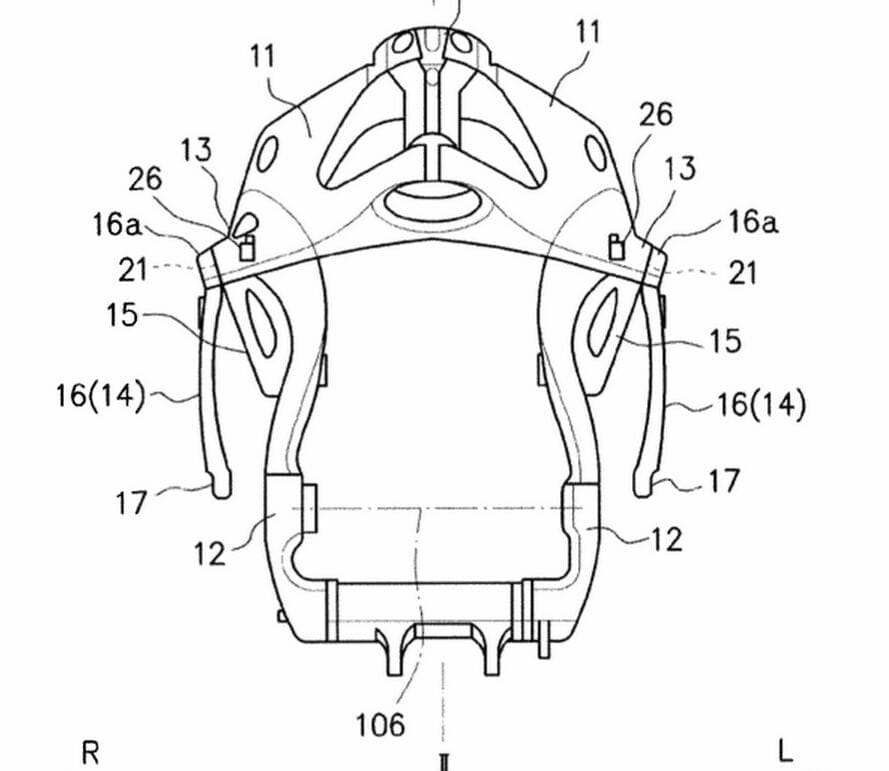 Suzuki says that the wings are lightweight and allow a very narrow frame to be designed about the widest part of the engine without adding overall width to a small bike. The modern 250 will be a four-cylinder machine but will also be incredibly narrow and agile as a result of the wings design.

The factory also says that because the wings are detachable maintenance costs will be lower when working on the motor and in the event of a crash these wings can be replaced instead of having to replace the entire frame or scrap the bike.

We’ll bring you more on this and the other 250s when we bag them over the coming months. More patent drawings are below. 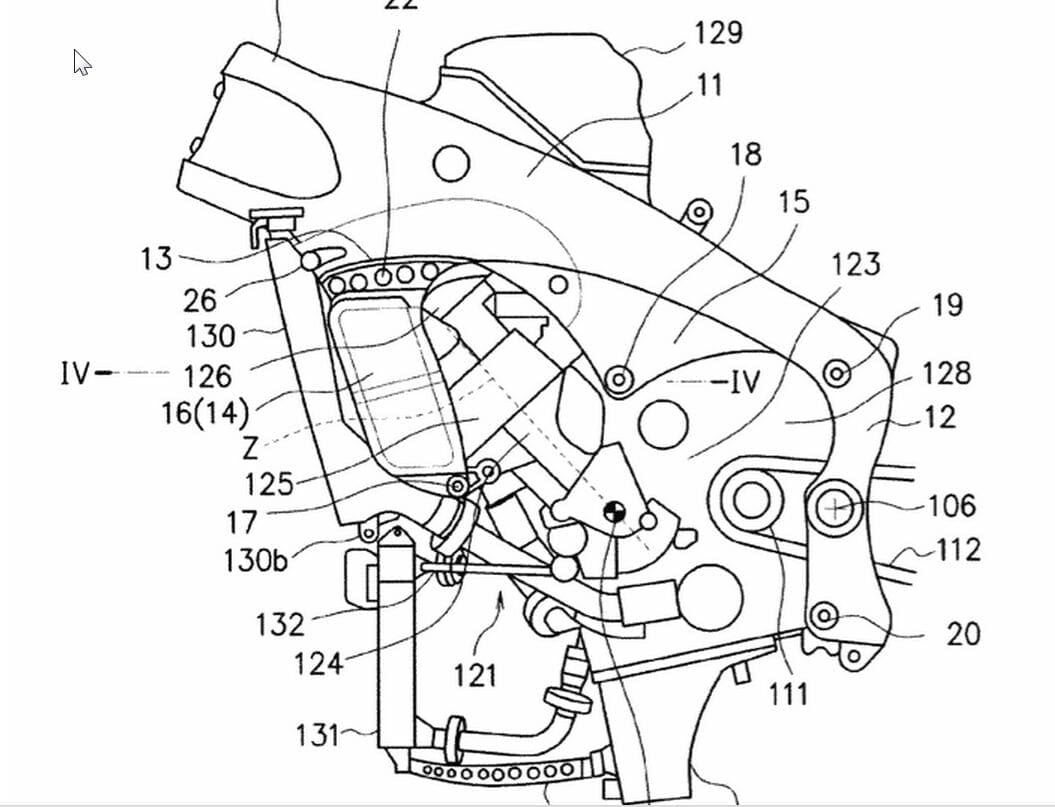 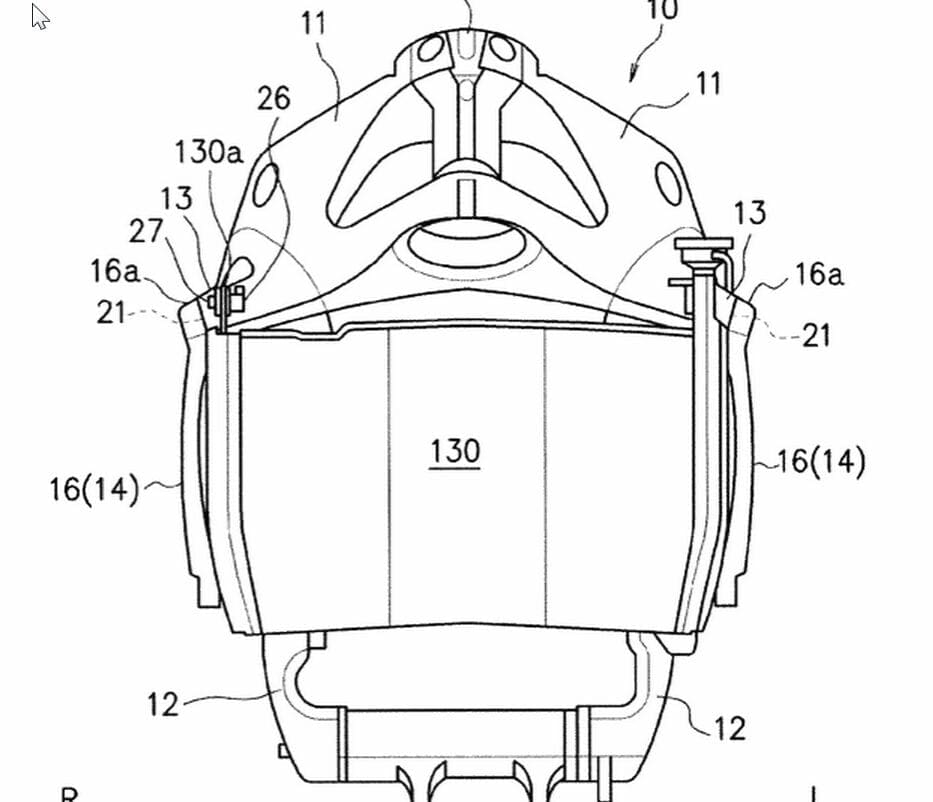 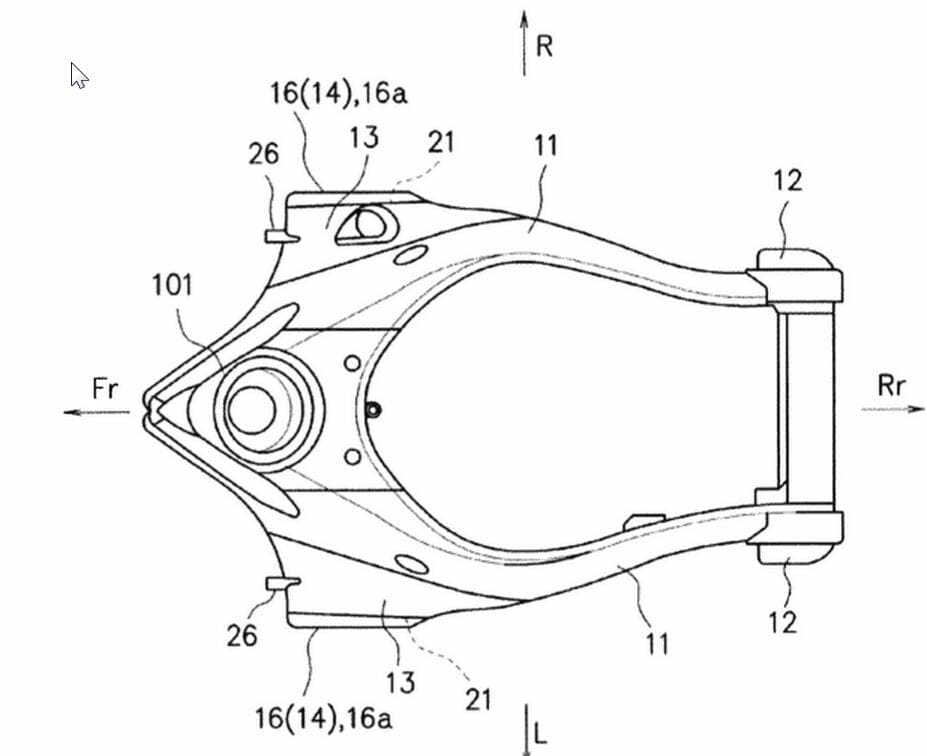