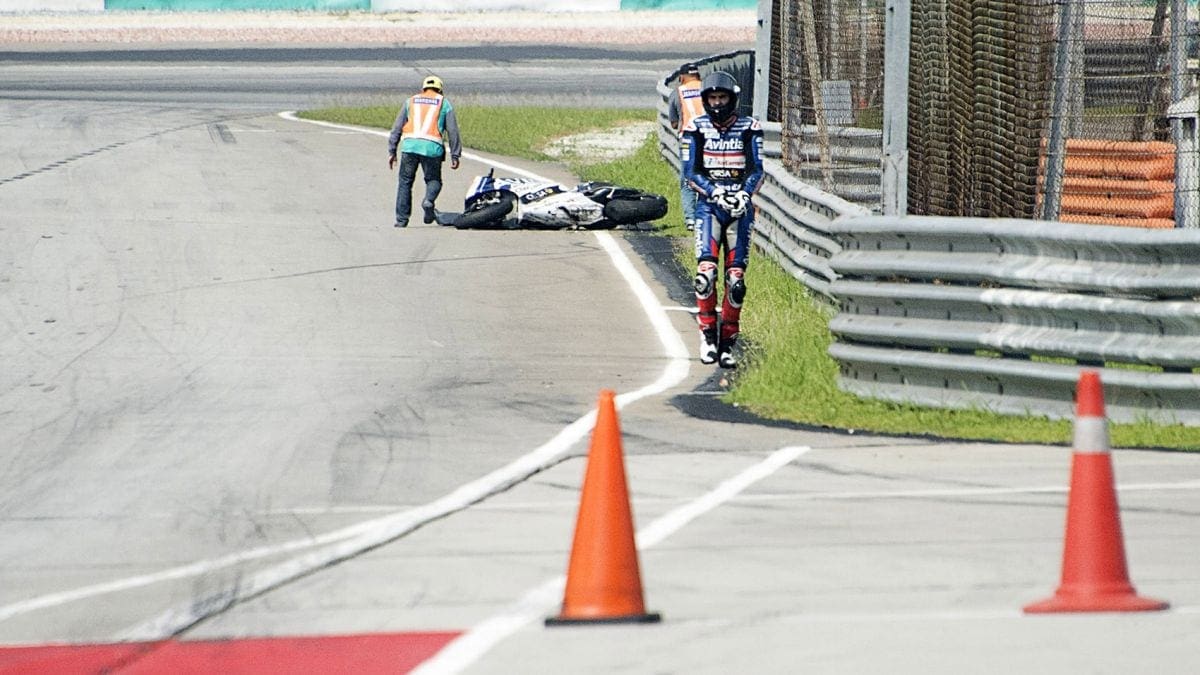 Here’s what a 180mph crash looks like from the data-capture available from the Alpinestars leather suit.

Avintia Racing’s rider, Loris Baz, crashed at a speed of around 290 km/h during the morning session of the opening MotoGP 2016 season test, at Sepang International Circuit in Malaysia, on Tuesday.

The accident happened on the circuit’s main straight. The Alpinestars Tech-Air Race airbag system, housed within his leather suit, deployed when Loris was launched 1.6s after the start of the crash and then the first impact with the track took place 60 milliseconds later with the highest energy impact recorded at 29.9g’s on his left shoulder.

From the moment that Loris impacted the track, the duration of the slide lasted for 6.6 seconds. Here’s the data graph: 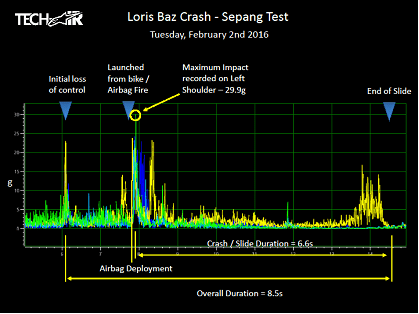 Following the crash, tyre pressure sensors will now be mandatory in MotoGP for the 2016 season.

“The system to do this will be proposed by the MSMA members in Phillip Island and this issue is something to resolve immediately,” he said. 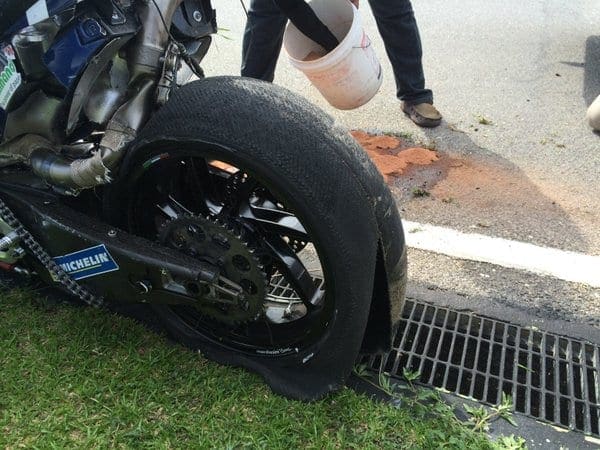