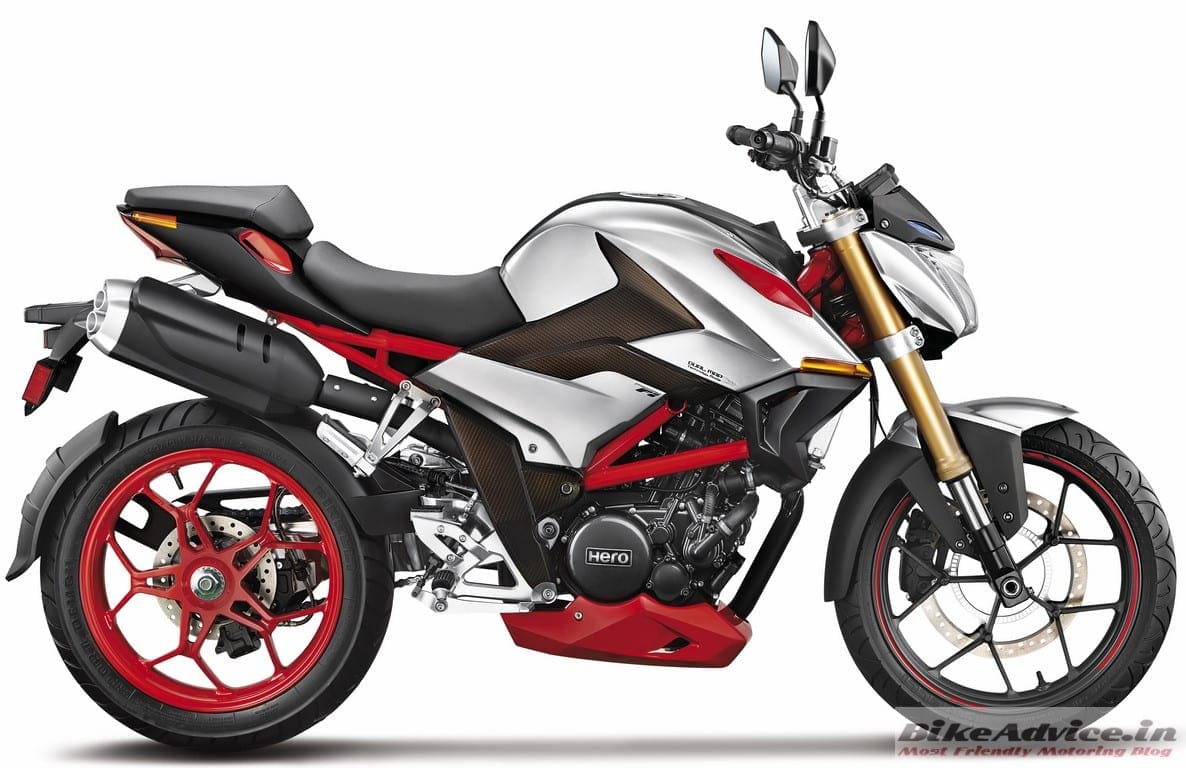 Hero has launched this pretty funky-looking concept bike in India at the Auto Expo show.

It also gets a steel trellis frame and two riding modes.

Looks-wise, the bike features a lot of familiar styling cues from the modern batch of naked roadsters but it’s the single-sided swingarm and huge exhaust end can that dominates the look. 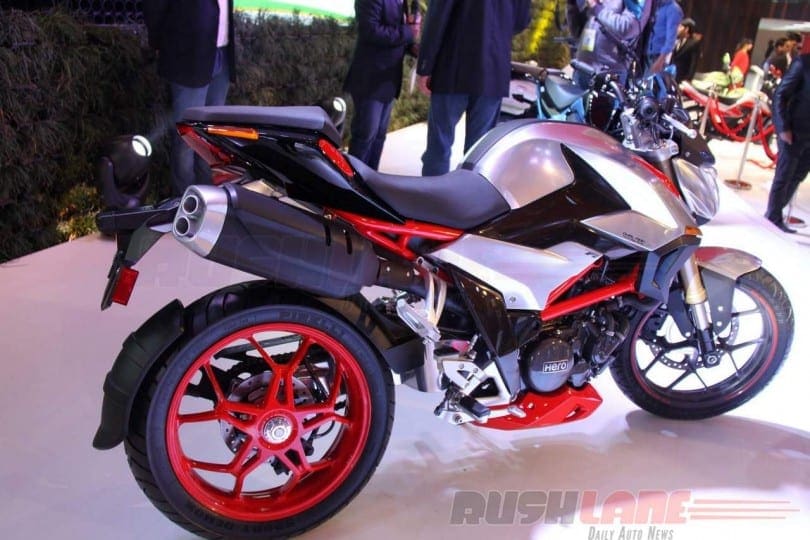 Reports from the show are pretty scathing about the concept up close, heavily criticising the bike’s panels and switchgear.

Hero itself has released this promotional video around the bike – it’s unclear when this will go on sale but it’s likely to be later this year in time for the 2017 production run.