Top Italian website GPone has bagged this, the only image of the 2016 Aprilia MotoGP bike. 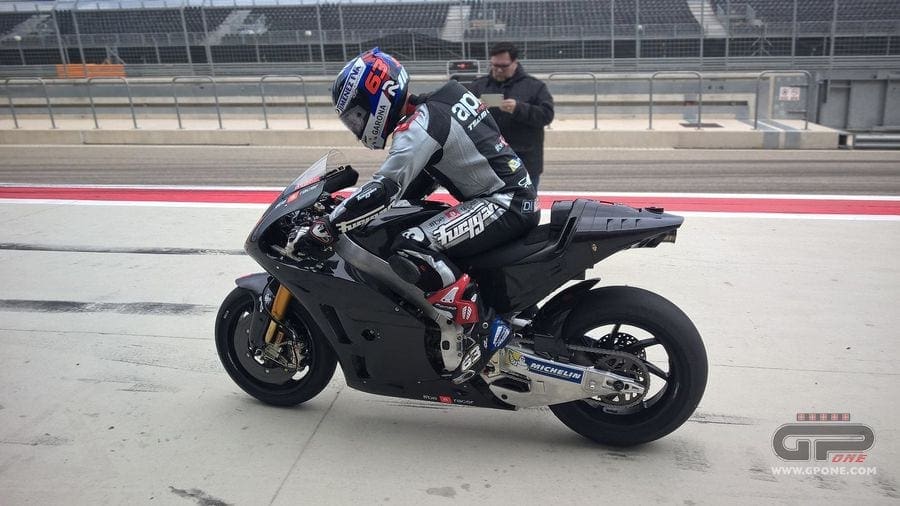 The snapshot was taken during the bike’s first outing at Qatar, two weeks before the full IRTA MotoGP test.

Looks tiny, doesn’t it? Back end looks pretty much like a Ducati, front end is pretty Honda-like too… we love it, especially in prototype-black. What do you think?