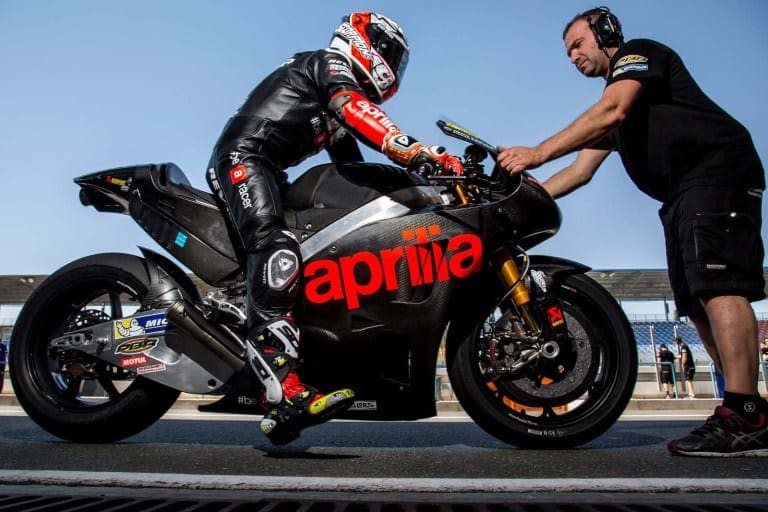 These are the first full-on pics of the new Aprilia 2016 RS-GP MotoGP bike from the factory’s three-day test in Qatar.

The bike, with an all-new V4 motor for this year, was ridden by Alvaro Bautista and Stefan Bradl, it will also be tested by Sam Lowes throughout the course of the year before Lowes joins the MotoGP squad full-time in 2017. 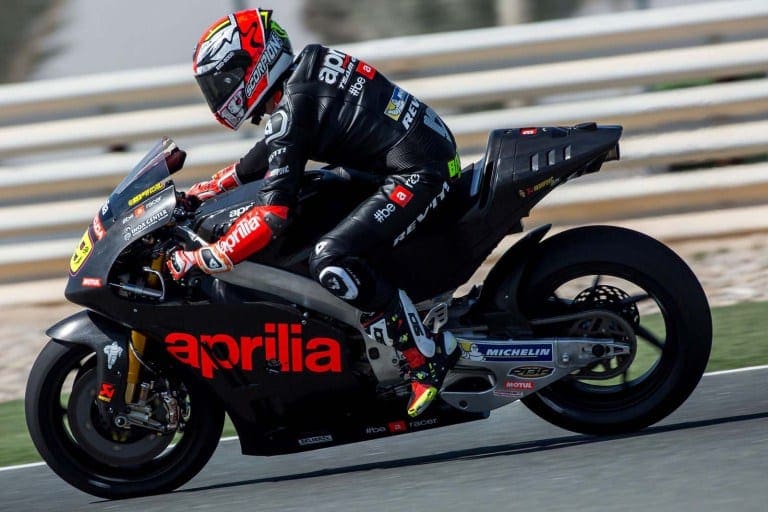 Sporting Director at Aprilia, Roman Albesiano said: “After the Aragon shakedown with the test riders, Alvaro and Stefan began to get to know the new Aprilia RS-GP here in Qatar. These were three very intense and positive days of work. 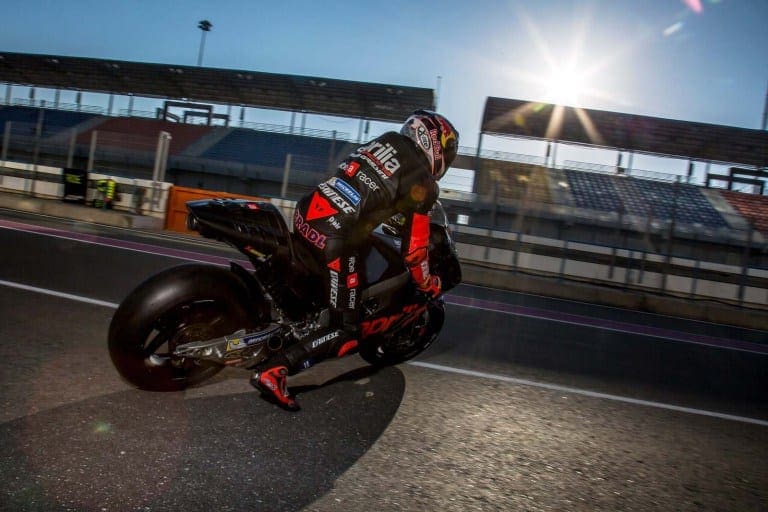 “We are bringing home a lot of information and some growing pain problems we need to solve, but above all we are leaving with confirmation that the new bike’s dynamic performance is significantly better than the 2015 bike. We have an important development path ahead of us that will be necessarily accelerated, but we are confident that this will be a season of growth toward a decidedly interesting level.”

Bautista said: ““In these three days we explored the new bike, doing a lot of work with short sessions since this was the first real test with the 2016 RS-GP. Obviously we are not at 100% but we have a very good starting point. I think that we are already at a similar level as the end of 2015 with the difference being that we are just at the beginning.” 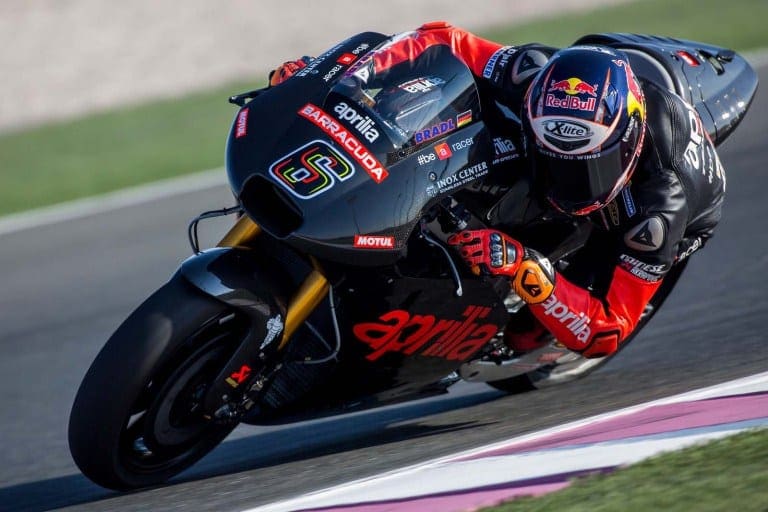 Bradl addedl “This test was really important as it was the first contact with the new bike. First impressions are good. I see a clear difference compared to the old bike and we are moving in the right direction.”

“At the moment I have a good feeling despite the fact that we have a long way to go before we’ll be able to say that we’re satisfied. That was to be expected at the beginning. This is a completely new and decidedly demanding project, but we can truly say that we are off on the right foot.”