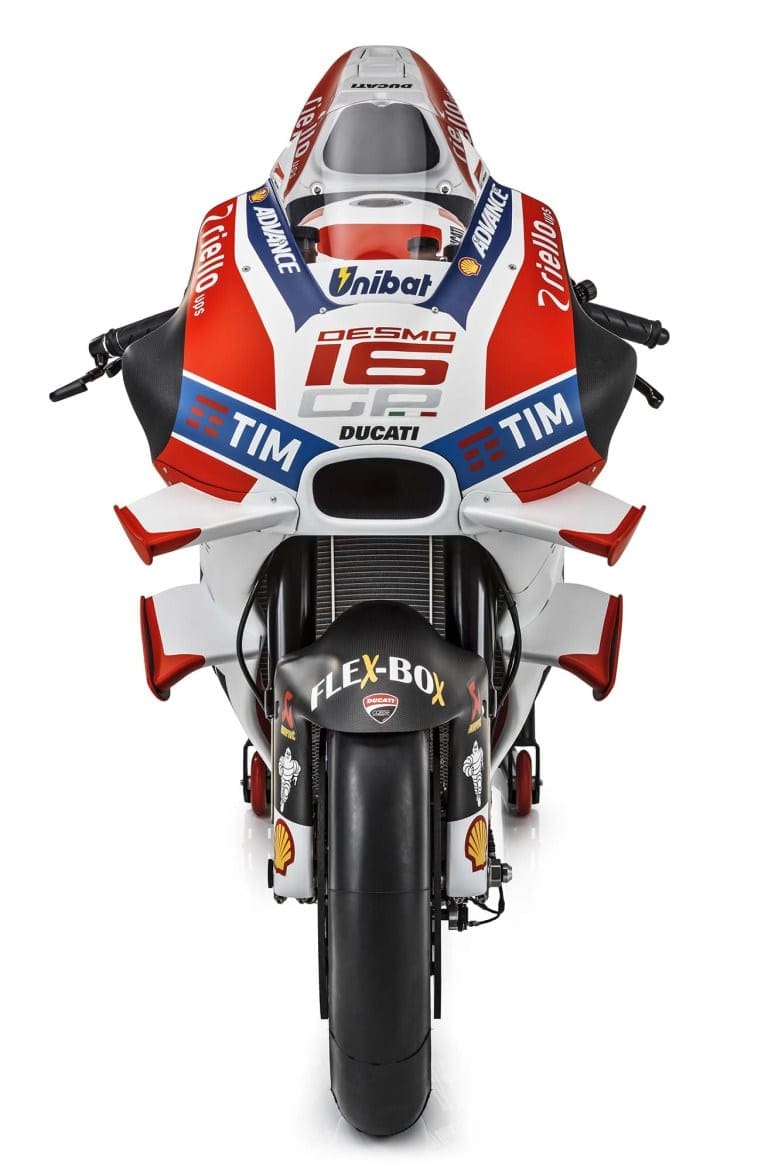 Yesterday was the official launch of the Ducati Desmosedici MotoGP squad for 2016 and it gave us some amazing hi-res pics of the new bike.

Called the Desmo 16 GP, the bike is an evolution of the Desmo GP15 motorcycle – aside from slight tweaks in the overall bodywork the most striking thing (and the most odd) about the new model are those four wings poking out from the fairing. 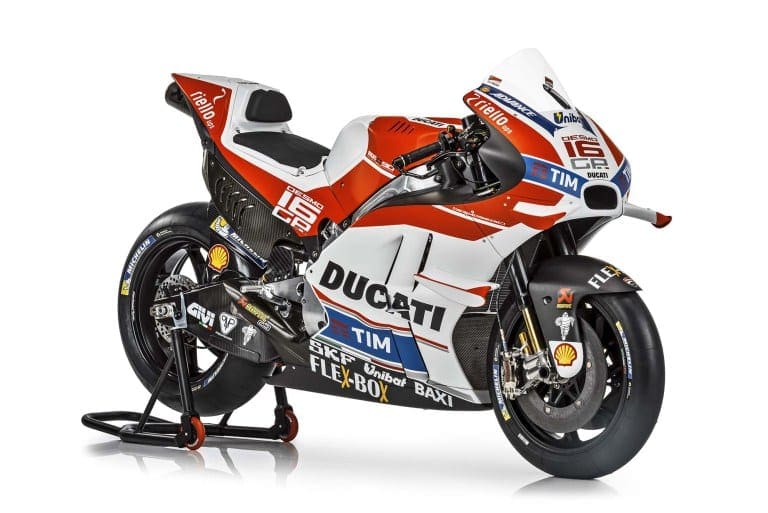 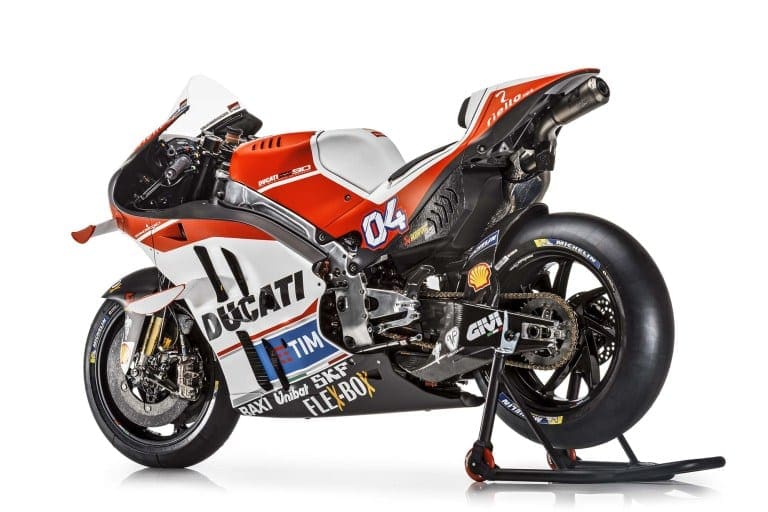 It looks… odd… there’s no getting away from it.

Other changes are the shift in layout to make the Akrapovic exhaust which now tucks away more neatly, the 17 inch wheels on the new Michelin rubber and the ECU (granted, that’s not a change that’s visible from the images). 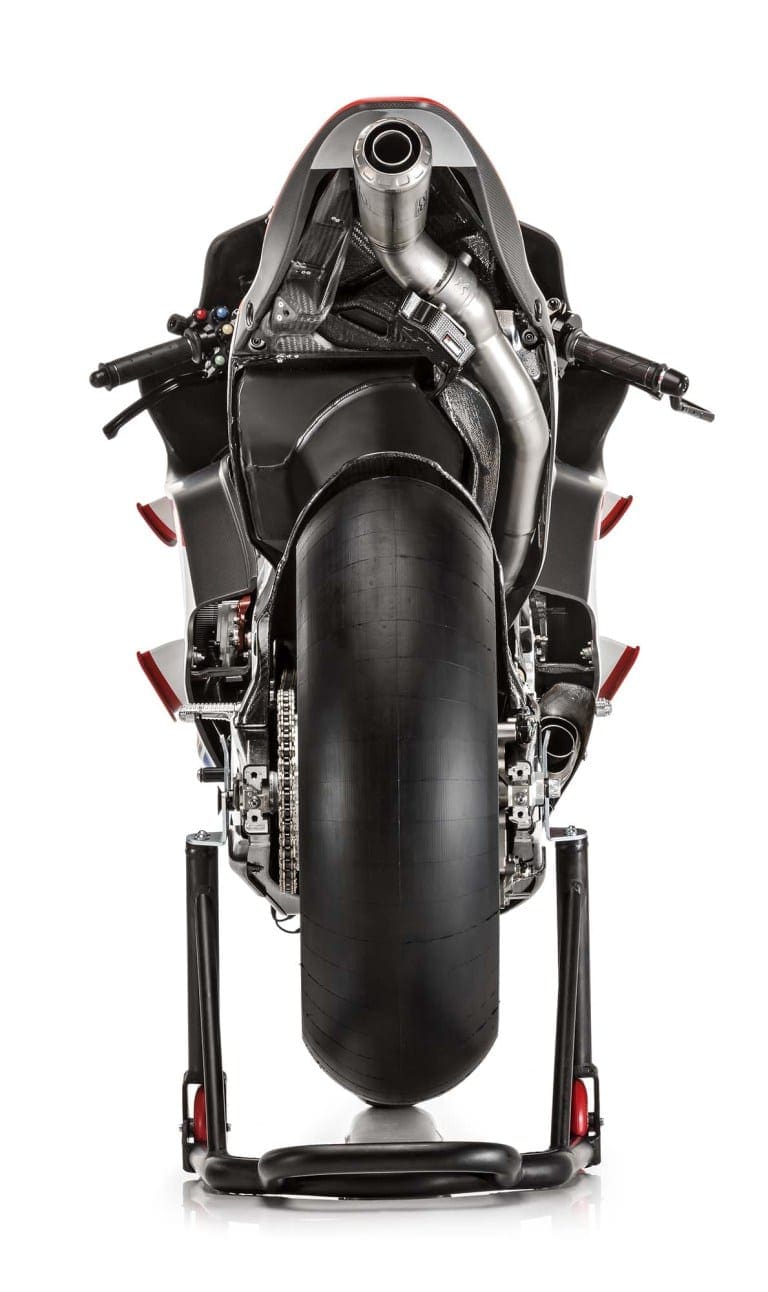 What do you think? Do you like the wings? We do but don’t at the same time, for no obvious reason. We’d like to know how the wing-stuff goes does with you. 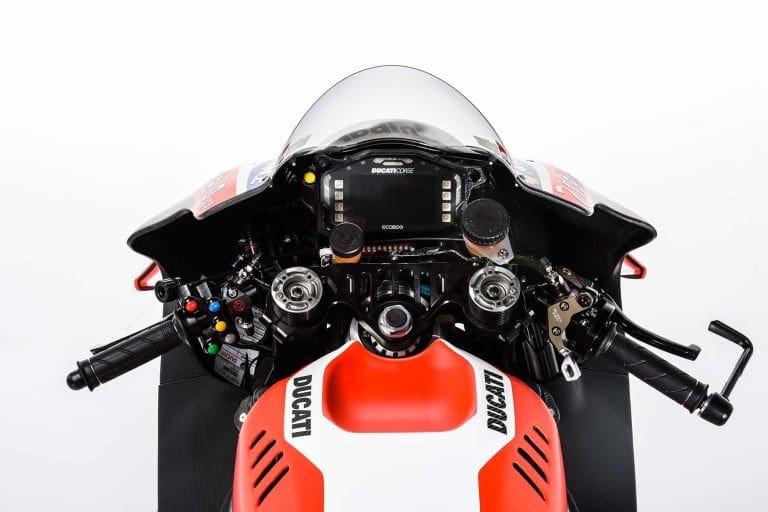