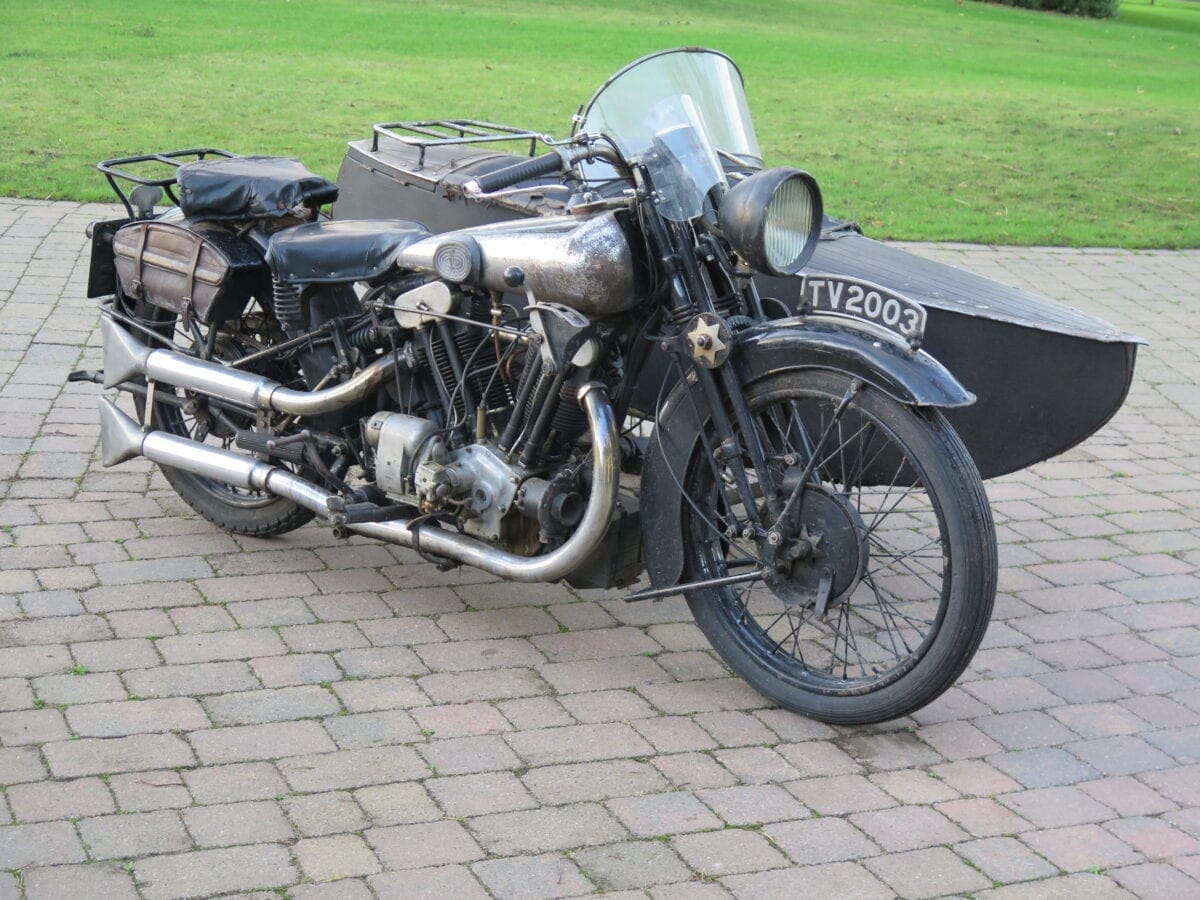 The Brough Motorcycle marque will be forever associated with T.E. Lawrence, known as ‘Lawrence of Arabia’ who bought one of the first SS100s in 1925 having previously owned three Brough SS80s. The crash that would end his life came while riding another SS100, on a narrow road near his cottage in 1935.

George Beale, Director of H&H Classic Motorcycles, says: “The fact that this magnificent motorcycle is unrestored only adds to its attractiveness for specialist collectors who might decide to restore or, indeed leave it in its present good condition much as it left the factory 86 years ago. It has been owned by just four previous owners, the last, the current vendor, Frank Solano has loved and used it on many rallies for the past 26 years.”

A total of 283 SS 100 models were produced from 1925 to 1934 and only 131 are known to have survived.  Only 21 SS100 models were produced in 1930 and it is possible that this is the only motorcycle to have actually left the works with a sidecar fitted .The build card indicates that this machine was made to order and lists all the non standard items which were to be fitted.

The bike is fitted with a four-speed gearbox rather than the standard three-speed item.  According to the Brough Club the gearbox number indicates that this would have been fitted in 1933 and more than likely at the Brough factory.