WSB Preview: Thai Round at Chang International Circuit – follow the action for FREE without the need for a TV subcription 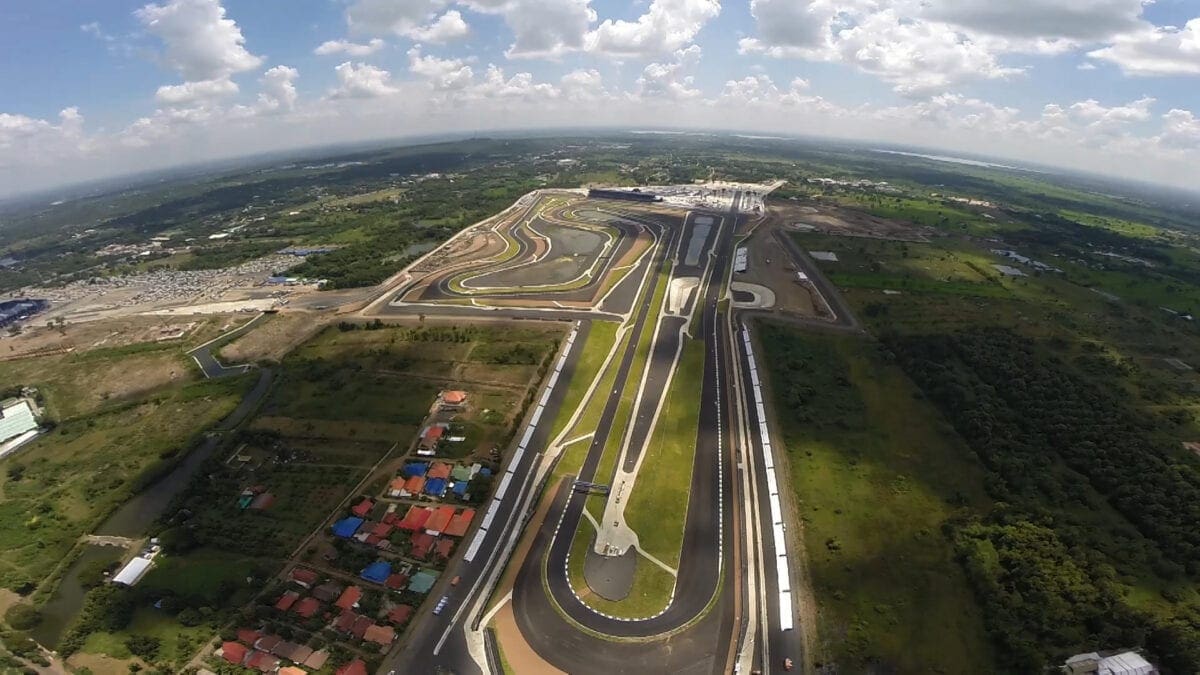 A few hours north-east of the capital city of Bangkok, Chang International Circuit in Buriram is the most recently constructed venue on the World Superbike calendar. Last year, the inaugural WorldSBK meeting at the circuit saw eventual champion Jonathan Rea claim the first double win of his title winning campaign.

The season opener saw the reigning number 1 come out on top in two incredible last lap battles, including a dramatic last corner victory in Race 1. As WorldSBK heads to Asia for the first time this year, the question will undoubtedly be asked as to how to beat Rea in Buriram. Last year he was untouchable on the new circuit from the outset and the 2015 Champion will be looking to roll his momentum through to Thailand as those who wish to depose him start to plan their assault.

Honda rider Michael Van Der Mark is the first challenger as it stands after the first Round at Phillip Island, with the Dutch rider just 14 points behind Rea in the Championship after one round. Having led at Phillip Island in Race 2, he offered a great display of his intentions in 2016. His teammate on the CBR1000RR SP, 2006 MotoGP World Champion Nicky Hayden, will be counting on making another step forward in at Buriram this weekend: the Kentucky Kid had a solid start to his WorldSBK career and having endured a difficult opening race, he impressively fought for the podium in Race 2.

The Ducati duo of Davies and Giugliano are two more top contenders, although the Italian rider has not yet ridden at Chang International Circuit due to missing the Round through injury last year. Davies, after an incident on the final lap of Race 2 in Australia, will want to start chipping into Northern Irishman Rea’s early lead as soon as possible and is looking to set the record straight. Although the British Ducati rider crashed in Thailand in 2015, he had nevertheless shown good pace in Buriram and counts on a further-improved Panigale R with which to take on the defending Champion’s ominous Thai form.

Two of Rea’s predecessors also look strong: 2014 WorldSBK Champion Sylvain Guintoli will be looking to build on a positive first race weekend of the season on the new Yamaha YZF R1 after topping Friday at Phillip Island, and Tom Sykes, 2013 WorldSBK Champion and Jonathan Rea’s Kawasaki teammate, now leaves Australia to make a fresh start to the season on the more standard layout of Chang International Circuit. Fastest in much of testing, Sykes’ Round 1 was neither his full hand nor the ace up his sleeve.

After immediately finding the pace to get themselves into the top ten in Phillip Island, both Althea BMW and Milwaukee BMW will be working hard on making another step forward to catch the bikes just ahead of them, with both teams recording impressive results in the first race weekend of 2016. Leon Camier on his MV Agusta leaves Phillip Island filled with positivity after finding the gap to the frontrunners much reduced, and the British rider will be looking to keep his place in the top ten in Thailand. The IodaRacing Aprilia pairing of De Angelis and Savadori will also be keen to build on their first weekend of the season, with the duo both making great progress since the first pre-season test they took part in at Phillip Island. Will the stage be set to see the seven manufacturers share the top ten once again?

Local focus will also be on the two Thai riders racing this weekend in Buriram, with Sahustchai Kaewjaturaporn riding for Grillini as a replacement for injured Australian Josh Hook, and Yamaha Thailand Racing Team fielding Anucha Nakcharoensri on a YZF R1.

After Free Practice on Friday decides entry to Tissot-Superpole 2 the following day, the lights will go out for Race 1 at 4pm local time (9am GMT) on Saturday before Race 2 gets underway 24 hours later. Keep track of all the action on WorldSBK.com and on the free Live Experience App, and follow @WorldSBK on Twitter for every update over the race weekend.