Here’s a baffling, secret patent drawing that’s been filed by Yamaha – and we’ve not got a clue what it’s for, but we figure that you might be able to suss it out. 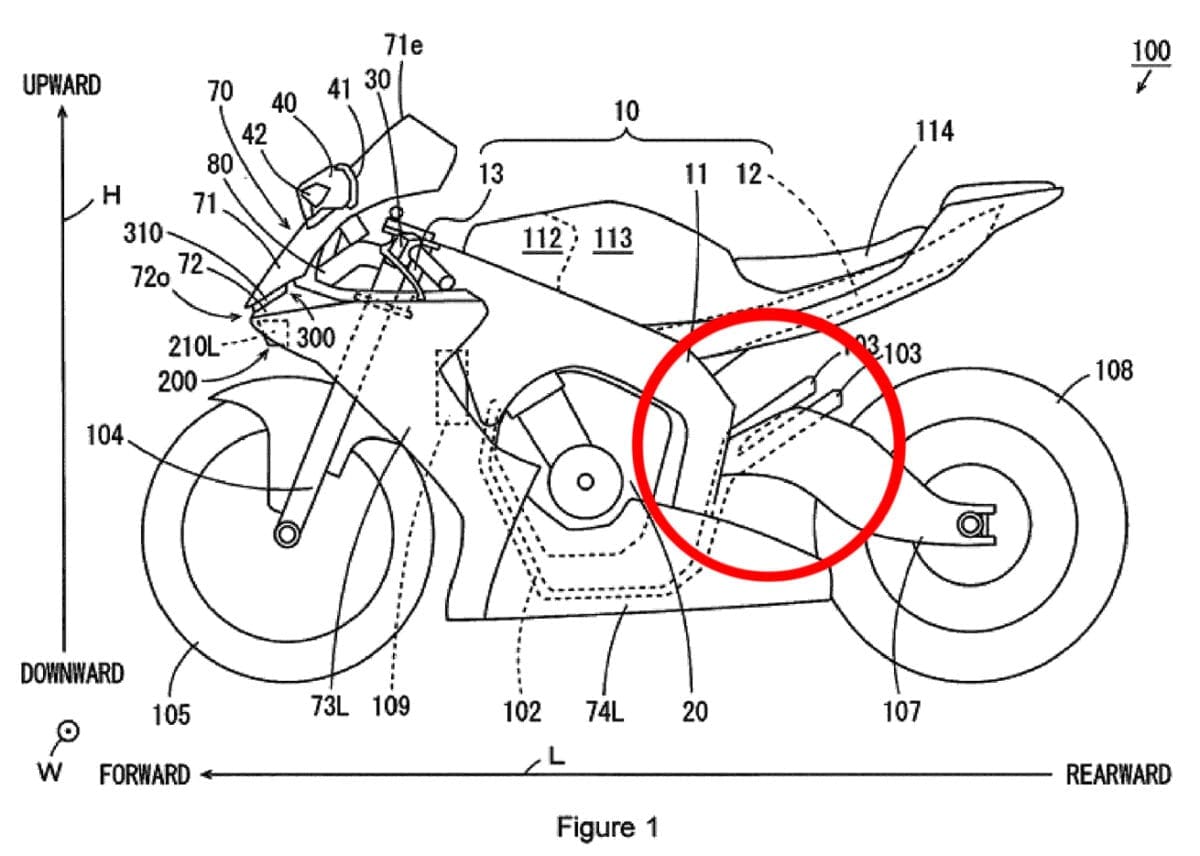 What has happened is this; the Yamaha factory has filed for a patent on a new headlight and bodywork assembly and within the depths (like, 20 pages into the patent) of this very detailed patent surrounding tweaks and turns in the nose of a future model lies this drawing of the side of the bike – which looks like an R1 (kind of) but with a split exhaust exiting on the side opposite to where the exhaust is on the current bike. We’ve surrounded the split pipe with a red circle, on the patent it’s featured as a partially dotted outline showing the routing behind bodywork and chassis.

Other than a rudimentary explanation of the actual routing of the header pipes, which tells us nothing more than what can be seen in the diagram, there’s no mention of any mechanical details about the piggy-back split pipe. It’s definitely NOT just the exhaust without some sort of end can on it – this is the exhaust design and it’s really high in comparison to the swingarm.

The swingarm itself appears to be from the current R1 and whilst the headlights and air-intake are very similar to the current litre-bike, there are substantial differences in intake-surround, bodywork folds and position of individual components in this design.

The bike in the diagram has a more sloped face and more pronounced cut in a ‘V’ at the bottom of the screen than on the R1 though and the relationship between the tank cover and the yoke, coupled with the underneath of where the dash sits, is more R6 than another, bigger bike. 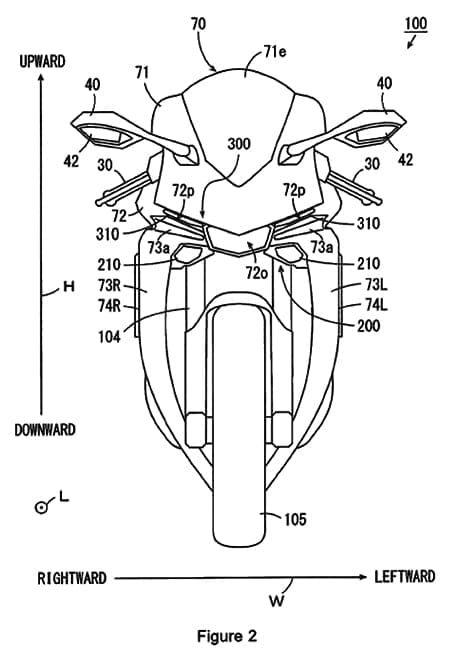 In the front-view diagram (above) the bike also has weird extra bulges at the bottom of the fairing that don’t seem to be identified anywhere else in any of the designs.

We’re pretty much at a loss about exactly what this is. The drawings are from an official patent from Yamaha and whatever the deal is with that exhaust system, it’s pretty funky. At first glance the front view looks just like an R1 but it’s actually changed quite a bit from what we can currently buy.

What do you reckon this is? As a general rule it takes two years from patents appearing on a register to the bike being ready to ride, so whatever this turns out to be – it isn’t a long time away.