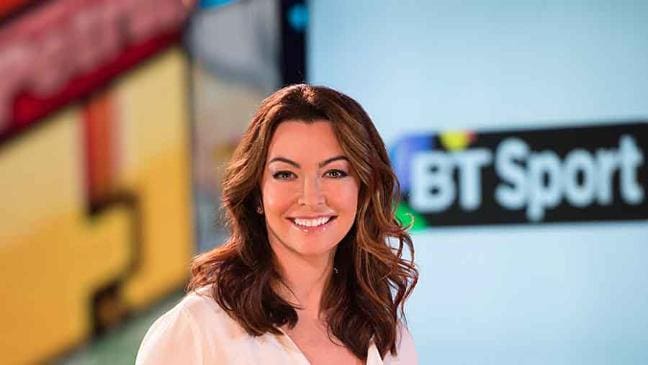 We told you first about this deal last week – and it’s now been confirmed that Suzi Perry is going to present MotoGP on BT Sport this year. She’s not just going to deal with MotoGP though as the announcement from BT Sport makes clear.

Here’s the actual release about Suzi’s next move:

TV presenter Suzi Perry is joining BT Sport to play a prominent role across a range of live sport and programming.

She has many years of experience presenting motorsport and will showcase her knowledge across BT Sport’s coverage, including the FIM MotoGP™ World Championship, FIM Speedway and the World Rally Championship.

Suzi will also present other programming strands for the channel which will be announced in the coming weeks.

The MotoGP season starts on Thursday March 17th in Qatar, with BT Sport bringing fans exclusively live coverage of all 18 races until the season finale in November.

BT Sport shows all of the practice and qualifying sessions live, as well as full coverage of the Moto2, Moto3 and MotoGP races across Friday, Saturday and Sunday. Suzi will share presenting duties with Craig Doyle.

She said: “I’m really excited to be joining BT Sport and working with their tremendous team. Motorsport continues to be massive in the UK and I can’t wait to bring BT Sport viewers all of the action from in front of the camera.”

“Suzi is an extremely popular and well respected TV presenter and I’m delighted she is joining our team,” added Simon Green, head of BT Sport.

“Our viewers will really benefit from her vast motorsport knowledge and experience across our growing portfolio of motorsport.”

Alongside FIM MotoGP, BT Sport recently announced a three-year deal for exclusive live coverage of the FIM Speedway World Championships in the UK and Ireland.