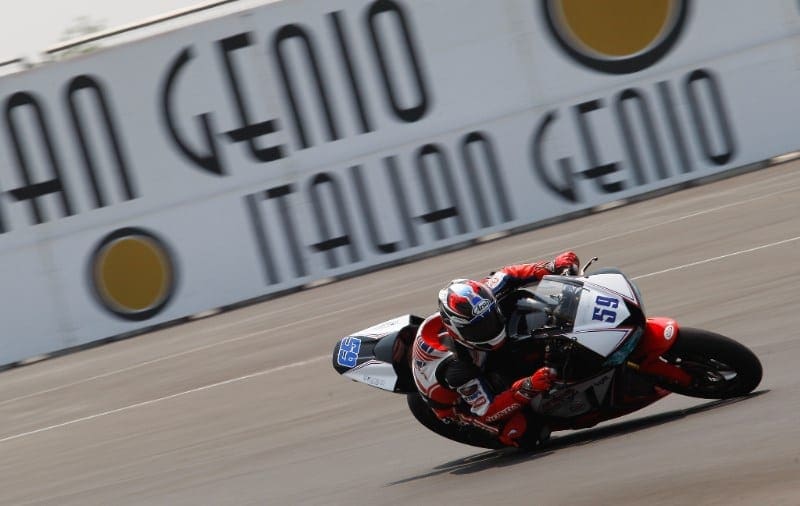 Wildcard Thai rider Ratthapong Wilairot locked out the top of the timesheets on Friday in Buriram to outpace reigning Champion Kenan Sofuoglu and rival Jules Cluzel.

In FP1, Championship leader Randy Krummenacher was the only rider to pass through the 1’40 barrier, while local fans were delighted to see wildcard rider Ratthapong Wilairot (A.P. Honda Racing Thailand) inside the top three and ahead of PJ Jacobsen (Honda World Supersport Team).

Krummenacher’s teammate and reigning World Champion Kenan Sofuoglu started quietly in 13th position, before the Turkish rider took the top spot back for much of the afternoon as he improved to a 1’39.565. Thai wildcard entry Ratthapong Wilairot, who scored a top 5 last year in Buriram and whose brother Ratthapark won the WorldSSP race on home soil last year, then improved his lap time in the dying minutes to go fastest overall with a 1’39.435.

MV Agusta’s Jules Cluzel improved on a challenging FP1 to go third fastest on combined times, with the Frenchman hoping for a good points haul in Thailand after a difficult race in Australia. He begins the Motul Thai Round in the same position as Sofuoglu, with both rival riders yet to score despite both having shown great pace.

The top ten from Friday’s times go through to the Tissot-Superpole 2 session to fight for the top grid spots on Saturday ahead of the WorldSSP race on Sunday, with lights out for the second race of the year at 14:20 local time (7:20am GMT).