The Mail is reporting that Police are currently hunting a biker who led them on a three hour long chase, rode at over 100mph, crashed and lost his helmet then crashed AGAIN before losing them by running away from the wrecked motorcycle… 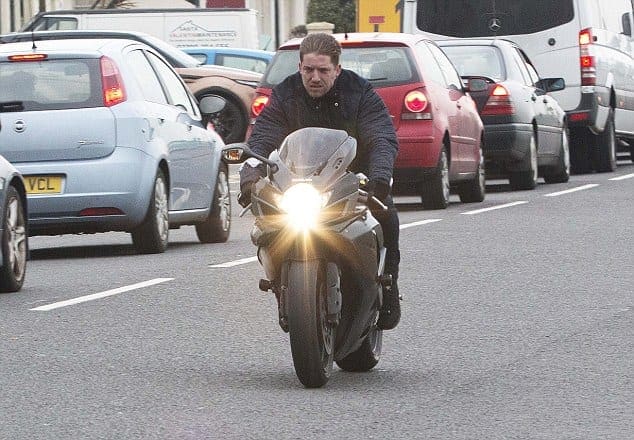 And they’ve still not found out who he is despite officials getting the clearest possible photos of the mystery man riding without a helmet.

The chase happened through Sussex, the police are appealing for anyone who can identify the rider to get in touch. The man, who was pictured by a photographer at the side of the road, was first seen riding in excess of 100mph on the A24 southbound between Broadbridge Heath and Findon, West Sussex, at around 2.30pm yesterday. 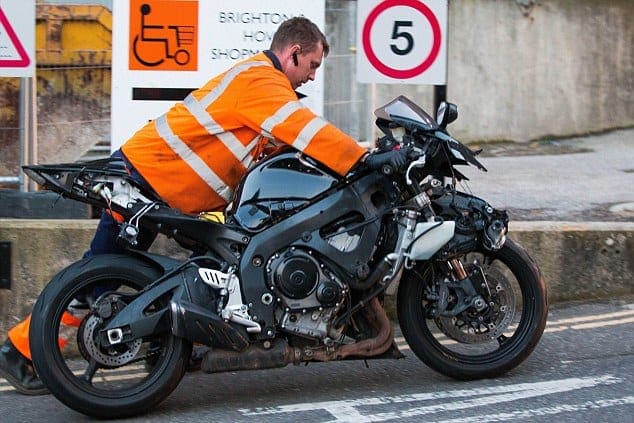 Police Inspector Dave Frey said: “The suspect was riding with total disregard of his own safety and those of others – at excessive speeds, through red lights, manoeuvering around bollards onto the wrong side of the road, and onto pavements in town centres.

“He pretty much contravened every road traffic law and I’m thankful that no one was injured.

“The helicopter was the best option to monitor his progress without causing any further danger. We also had traffic officers and the police dog unit assigned.”