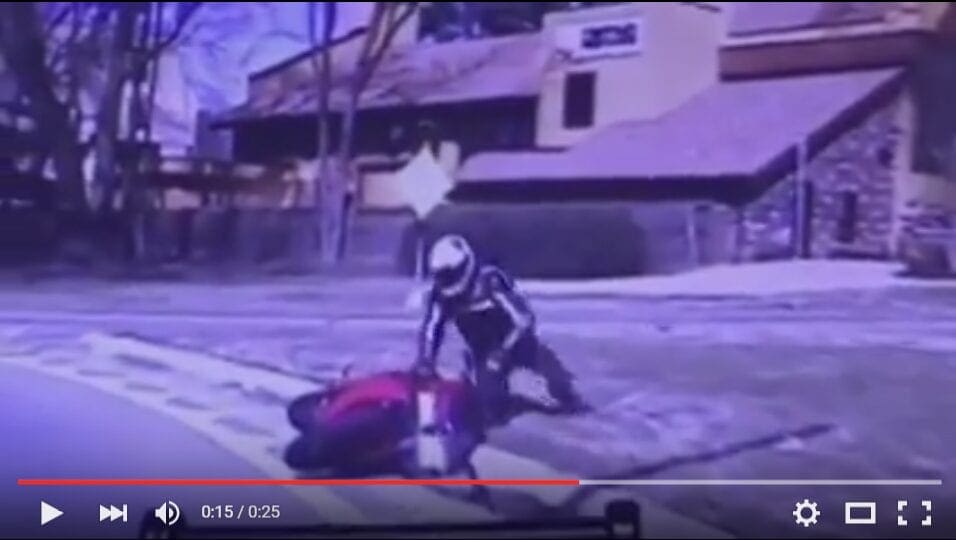 It’s bad enough that he’s going to jail, but he also has to live with the shame of an internet biker fail. Police in Sandy Springs, Georgia USA, were recording on their dash cam when a motorcycle rider decided to run. But he made it an embarrassingly short distance. The police department posted the entire chase on their Facebook page, a chase that lasted mere seconds.

In the video you can see the motorcycle rider take off into traffic after the officer tried to pull him over for a missing license plate. The rider swerves through traffic then dumps the bike right in the middle of the street. He tries to pick the motorcycle up. But it’s just another epic fail. The officer cuffs him and takes him to jail.

Tony Carter
Tony has been riding motorcycles for over 35 years and he's been a motorcycle writer for over 25 of those. He's ridden almost every motorcycle you can think of at most places around the world and he's partial to some racing, too. A Taurus, Tony doesn't believe in horoscopes (but then that's exactly what a Taurus would say!) but he does believe in Mandalorians and their right to earn a living.
<img src=