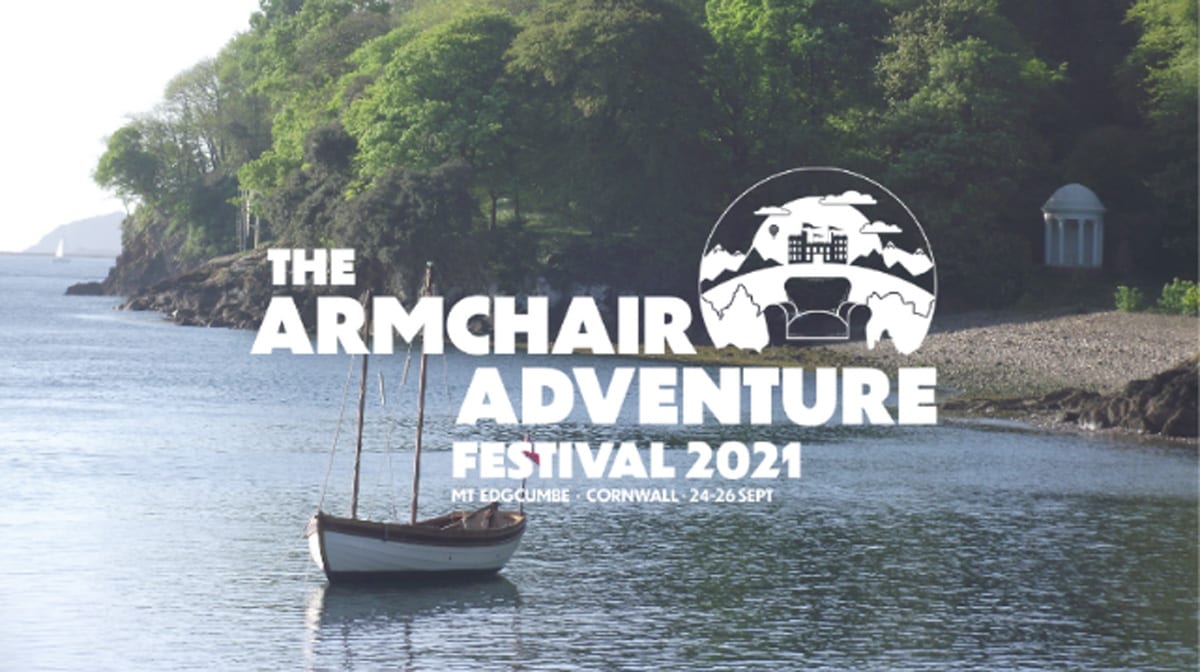 The Armchair Adventure Festival is coming to Cornwall in September for a full weekend of motorcycling fun.

On September 24-26 the world’s leading adventurers will gather at Mount Edgcumbe County Park for a motorcycle event which will include tales of adventure, activities, live music, beer and street food.

The festival was founded virtually in April 2020 during the COVID-19 pandemic by Reece Gilkes and Matt Bishop. The pair hold the very niche Guinness World Record for the longest journey by scooter and sidecar, having scooted around the world from 2017-2019.

At the start of lockdown, they got some of their adventurous mates together and put on a virtual adventure festival to raise some money for the NHS Emergency COVID-19 Appeal while entertaining people who were locked down at home.

Speakers included Charley Boorman of ‘Long Way’ fame, Sean Conway, the first person to run, cycle and swim from Land’s End to John O’Groats, Jamie Ramsay and Elspeth Beard, the first British woman to go around the world on a motorbike.

The full line up for the September festival is yet to be released but it will include another crop of incredible adventurers from all different backgrounds.

Already announced are Simon and Lisa Thomas who have been riding their motorbikes around the world for the past 17 years. They’ve got a story or two to share having survived breaking a neck in the Amazon, getting shot at in Russia and being wrongly accused of kidnapping the president’s son in Tanzania!

Festival goers will also have the opportunity to step out of their armchairs and enjoy a whole host of activities.

There’s opportunity to take out a kayak or paddleboard and explore the 7km’s of pristine coastline which surrounds the festival, or you can opt to bring your speedos and join an organised wild swimming trip along the coast.

On dry land you can make use of the miles of mountain bike trails, join in with the family friendly foraging, fire-lighting and shelter-building survival workshops, or opt to go further afield on an organised adventure motorcycle tour.

Reece said: “We’re so excited to be putting on an in-person version of the event – we had over 40,000 people tune in to watch the virtual events in 2020 so it’s going to be fantastic to meet some of them in person.”

Early Bird Tickets have been released and a weekend camping pass is £99. Visitors can camp from the Thursday evening to be ready for adventure when the festival gets into full swing on the Friday morning.

With a sea view from your tent and the beach just a five-minute potter through the grounds, there is no better location for an adventure festival. For those who like to camp in comfort there’s the option to hire a Luxury Bell Tent within the grounds, or buy a day pass, stay in Plymouth and head to the festival via the Cremyl Ferry.

To secure your Early Bird tickets to the event and find out more head to www.armchairadventurefestival.com.

At checkout there will be the opportunity to donate to Unseen UK, the chosen charity partner for the festival, who are based in the South West and are working to end modern slavery within the region and the world over.

If you can’t make this year’s event in-person you can tune in virtually for free.  The virtual event will feature a mix of live streamed talks from the festival and exclusive online content. Those attending in person can watch the live stream of the virtual event on the big screen in the Adventure Chill Zone.

Tickets for the festival can be bought at www.armchairadventurefestival.com