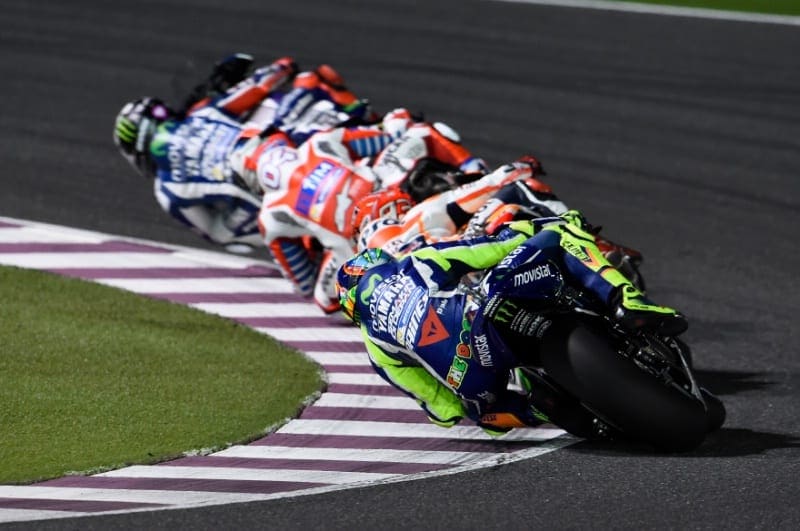 So by now you’ve seen that Jorge Lorenzo won the MotoGP opening round with Yamaha at Qatar, Andrea Dovizioso on the Ducati was second and Honda’s Marc Marquez was third (we’ve put the results at the bottom of this article if you’re interested in times and the full finishing order) – but there’s some interesting reaction by the press to fourth place finisher Valentino Rossi on the YZR-M1.

The MotoGP experts at Moto.it (an Italian website) are saying that Rossi is ‘bitter’ at the result and that at the final stages of the race ‘he was involved in a see-saw race; a great lap, then sixth tenths slower, then fast again, then an error, then another good lap, he was detached from the podium.’

Motociclismo.it are more on the side of Lorenzo than bigging up their home-grown talent, quoting the Spaniard’s claim that: ‘This win was one of the rides of my life,’ and saying that the claim was backed up with one of the best performances by the Yamaha man so far.

Spanish title Solo Moto has said that the magic is ‘yet to return to the Italian (Rossi)’ and that notable was the way that the nine-time world champion’s performance had ‘slid down’ towards the end of the race.

MotoGP commentator David Emmett made the most interesting point about the bigger field though, opining about the struggling Hondas in the race, pointing out that whilst Marquez might have been able to find the podium ‘Dani Pedrosa finished fourteen seconds behind Lorenzo while Jack Miller and Tito Rabat finished dead last – forty seconds off the pace.’

Crash.net’s Peter McLaren focused part of his post-race analysis on the question over whether the Ducati could be a real threat for the championship – a question put to Rossi, he quoted Rossi directly as saying: ‘Why not?They are fast from the beginning to the end, they have very good top speed, like we know, but also in the corners, they are very fast. I think also Iannone, if he didn’t crash, can stay there to the end. So I think that also Ducati is very strong.” 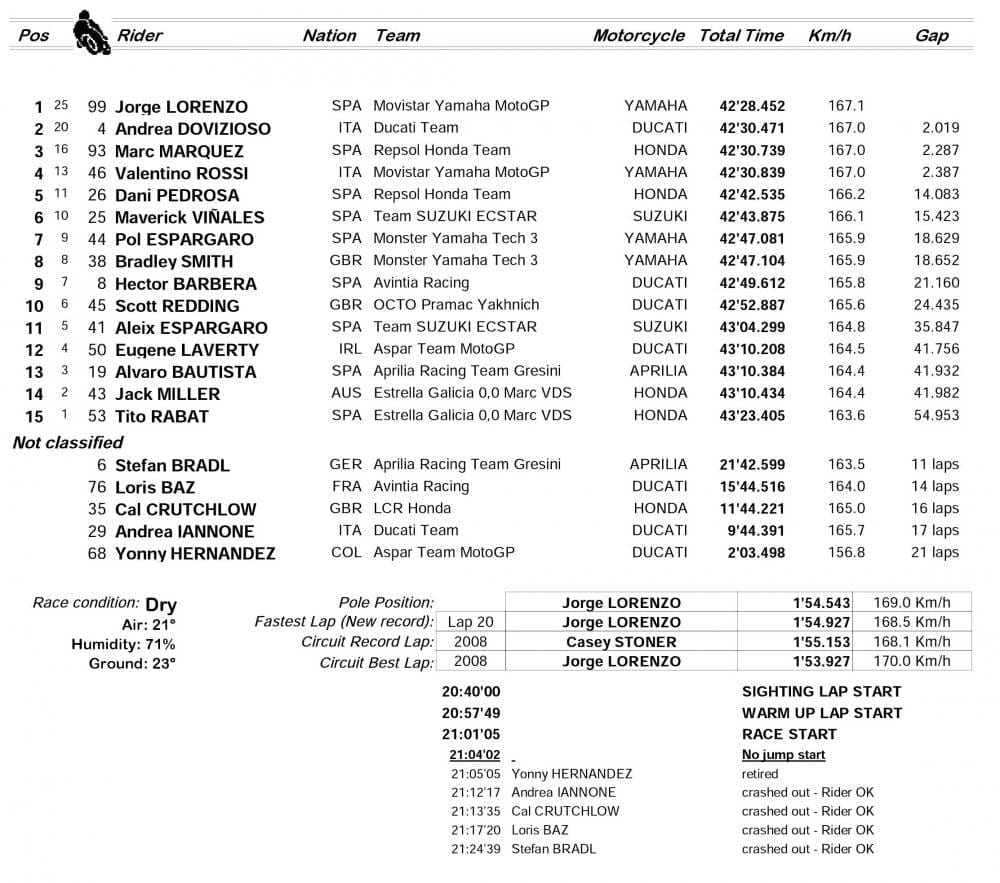