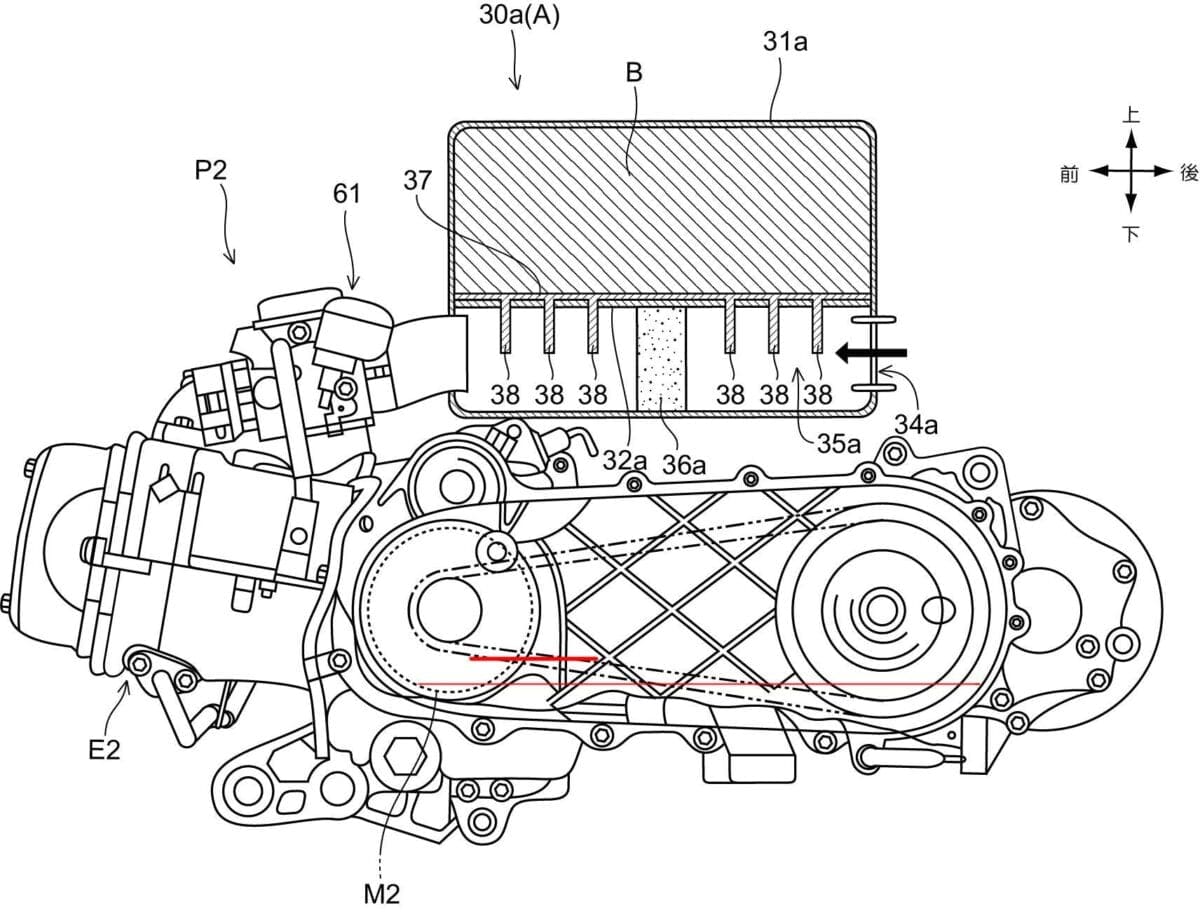 This is Honda’s latest design for its upcoming hybrid-engined scooter. The patent drawings have just been published for a super-mpg scooter that’s going to be part of the 2017 line-up.

Details on the bike are pretty scarce but what we can see is a motor that’s part petrol-driven with an electric motor to take care of the driving duties at lower, city-type speeds.

What does make this patent more interesting than most along these lines is the detail of the motor, specifics like the routing between electric and petrol components, the position of the dual-motor layout and specific placements of major components means that Honda is protecting this version of the hybrid scooter’s internals against being copied by other factories.

The outline of the bike looks very similar to the firm’s current SH series of bikes so we can expect this mega-mpg, zero emission tech from the hybrid to be wrapped in familiar looking clothes.

The patent does say that this model will have stop/start tech and the electric motor will combine with the petrol engine when needed to boost power. 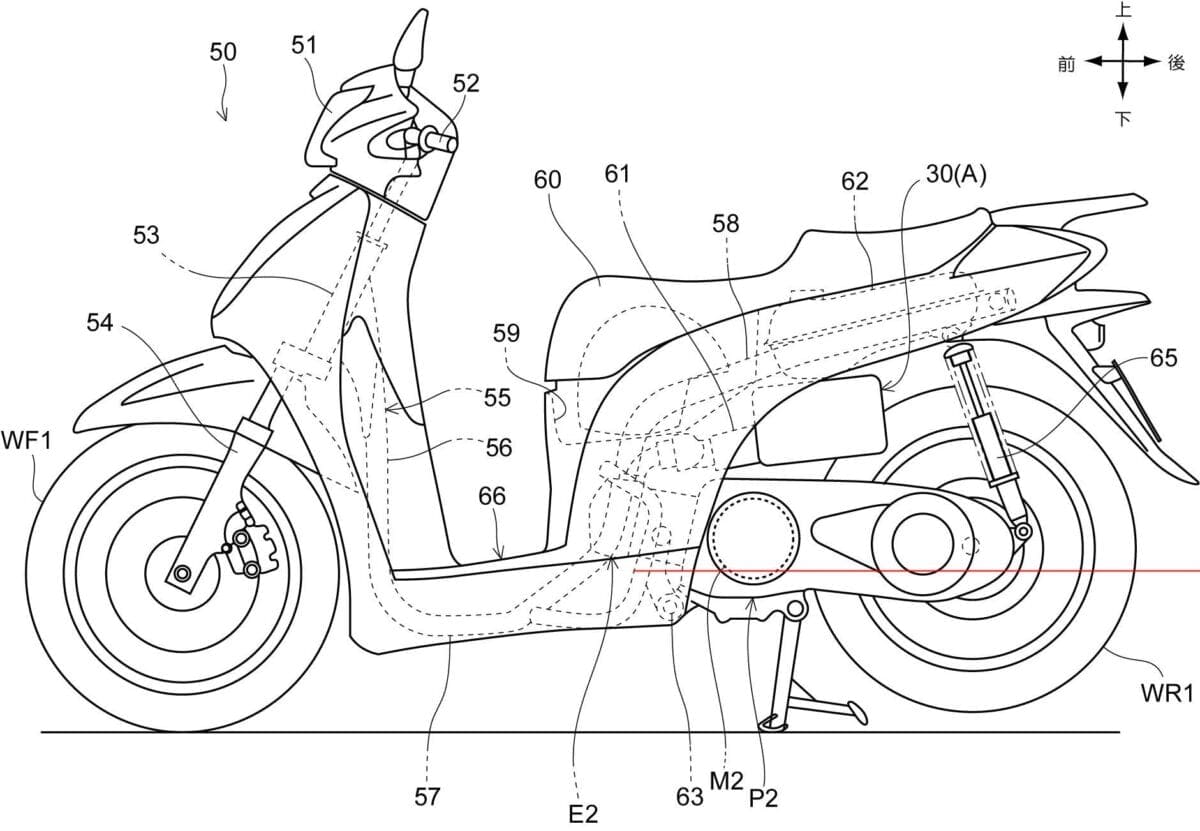