Japanese motorcycle magazine YoungMachine has put a date on the Super Blade from Honda, saying that the uber-version of the bike will appear in 2018, a year after a suped-up version of the current Fireblade makes its debut. 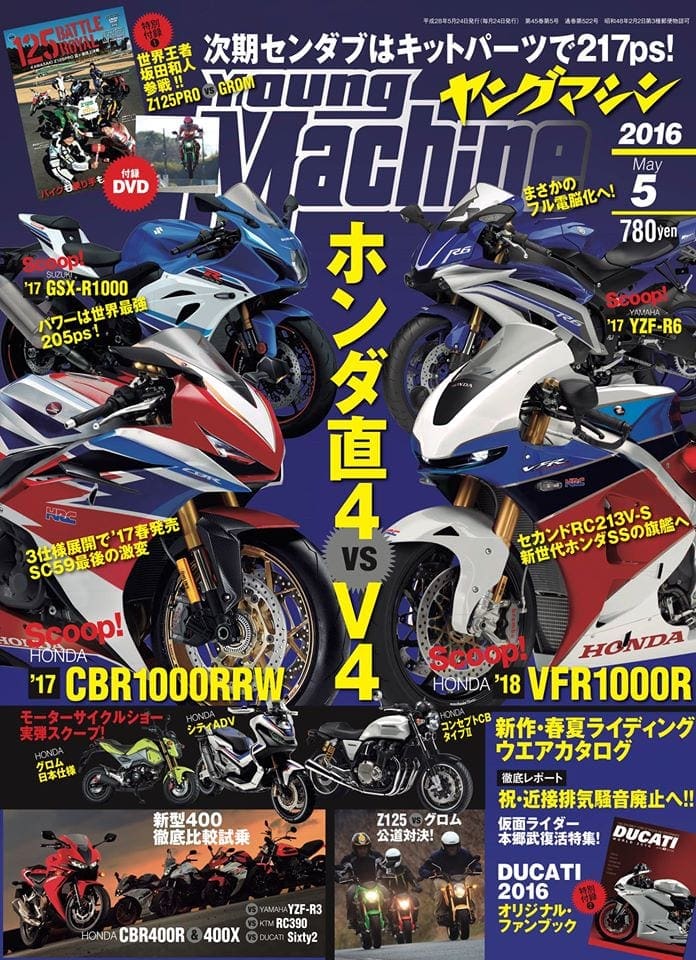 In the latest issue of the magazine, the lads in Japan say that the 2017 version of the Blade – to be suped up with independent-adjustable forks and some electronic wizardry – will be called the CBR1000RRW and will appear next year. The Super Blade, that we brought you the official patent drawings for last week exclusively, is going to run under the name VFR1000R and will be in dealerships in 2018. That timescale tallies with what we know of the project – that from the moment the patent publishes in the form that we were given last week until the bike appears is usually around two years.

The magazine is also saying that the 2017 Suzuki GSX-R1000 will make 205ps and goes on to say that the 2017 R6 from Yamaha will indeed be a smaller version, aesthetically at least, of the sublime Yamaha R1 superbike.