A damning report into the state of Britain’s roads has turned up what every motorcyclist knows – our network of highways is crumbling almost beyond reasonable repair. 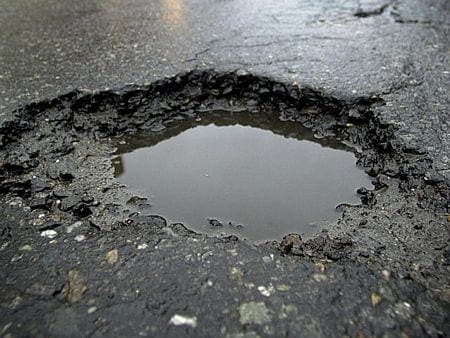 The latest annual report into the state of the nation’s highway surfaces, called the Annual Local Authority Road Maintenance (ALARM) survey claims that a perfect storm of underfunding, harsh weather and increased traffic are the key factors in road surfaces becoming increasingly poor.

Despite the Government announcing £6bn of funding for local road maintenance between 2015 and 2021, local authority highways departments report that overall budgets have actually dropped by 16%.

Average budget shortfalls are now 44% behind where they need to be, the amount of cash that should be coming in from Government to local authorites, on average per local authority was £3.2m million short last year, this year its £4.6m under where it needs to be. 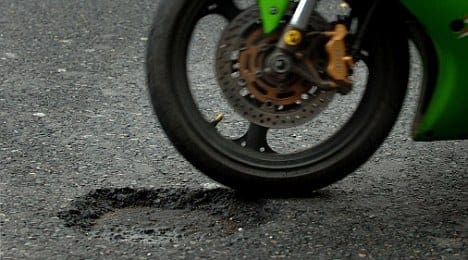 Alan Mackenzie, chairman of the Asphalt Industry Alliance, which produces the ALARM survey, said: “The network is ageing and the cumulative effect of decades of underfunding is continuing to take its toll. Add in the impacts of flooding and increased traffic and you start to appreciate the scale of the problem our local authorities are facing.

“Our roads are deteriorating at a faster rate than they can be repaired and more significant problems for the future are building unseen below the surface.

“It is clear that there is still not enough money available to tackle the backlog of repairs needed to get our road network back into anything approaching a reasonable condition.”

Here’s how the report breaks down the shocking finds:

£11.8bn – how much it would cost to get roads in England and Wales back into what is referred to as a ‘reasonable condition’

£69m – how much, per authority, it’d take to get the roads back to where they need to be

£4.6m – how much each authority, on average, is short on roads maintenance budget

£13.5m – how much money was spent on road user compensation claims last year

£118.4m – how much was spent filling potholes across the last 12 months

12,807 –  the number of potholes filled per authority last year