MotoGP: Lorenzo and Rossi head to head over fan’s attitude into Argentinian round this weekend 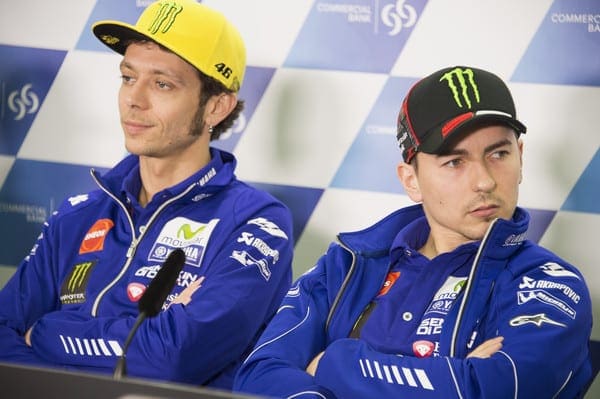 It looks like things are already coming to a head in the run up to this weekend’s Argentian round of MotoGP with Jorge Lorenzo and Valentino Rossi winding each other up.

It happened at the pre-event press conference. Lorenzo was asked about how he was dealing with the threat of more booing and animosity from Rossi-friendly sections of the crowd following the boos he faced on the podium after winning in Qatar in the first round.

The answer from the Majorcan was a clear pop at Rossi, he said: “Everyone knows who can solve this, or you can understand and imagine how this can be solved, but they are not interested…”

Lorenzo and Marc Marquez – the pair who are likely to get the most hassle from so-called Rossi ‘fans’ if they bag a result this weekend – both said that they weren’t put off by the thought of any hostility. Marquez said: “The only thing that has worried me about this weekend was when there was a problem with an engine on the plane as we got ready to fly out to this meeting. Other than that, there’s nothing that worries me about racing in Argentina.” 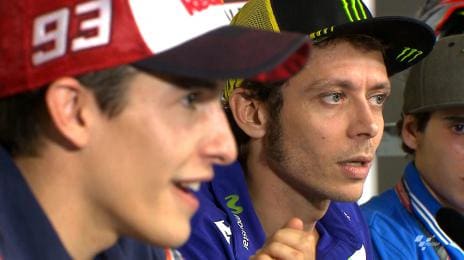 Any thoughts of Rossi looking diffuse any potential situation were soon quashed though, when he was asked about the rise in vocal hostility towards Lorenzo and Marquez the nine-times world champion said: “I have nothing to say.”

Later on though, speaking to Spanish journalist Carles Perez, Rossi added: “It’s not my fault, for me it is the press that makes the problem bigger. But it’s the fans and between fans there are always good and bad. I do not think that it’s a problem.”

Marquez also chipped in with this: “It’s something that happens in football but in the end the atmosphere is one that was created last year. I’m not stupid and I know that will be the tone for the whole year.”