Triumph has just revealed the updated version of its Speed Twin, which was introduced into the British factory’s modern retro line-up back in 2018. It’s sold a respectable 11,000 bikes since then, but to help sell a few more, a handful of key changes have been implemented to ensure the latest model is better than ever before. 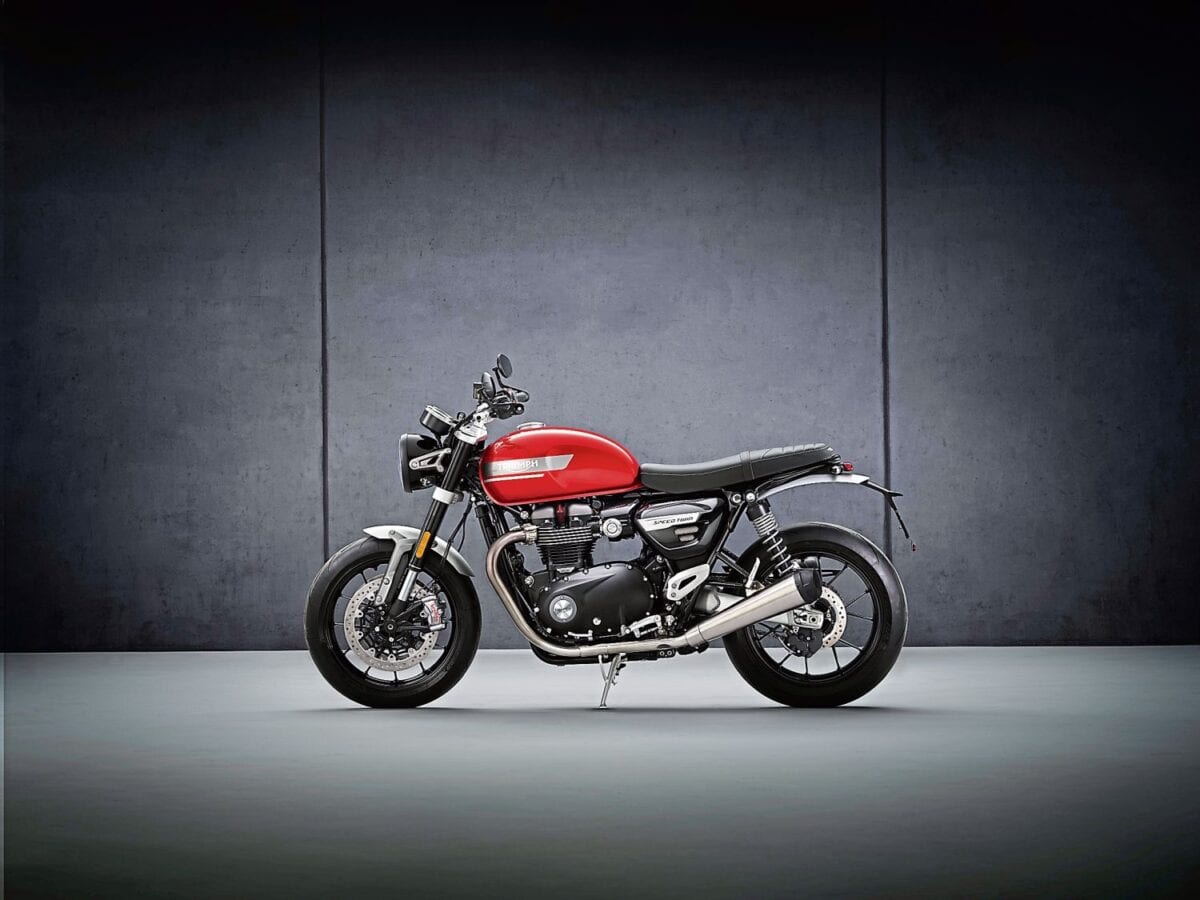 The beating heart of the Speed Twin is a 1200cc parallel twin-cylinder engine. Visually it all looks much the same as the outgoing model – but underneath the surface there’s plenty going on to help create a slightly higher-revving, marginally more responsive and powerful engine.
Whilst it might only be slightly punchier, Triumph does deserve some credit for managing to eek out a bit more power despite the ever-stricter Euro 5 emissions regulations.

It gets higher compression pistons, ports, cam profiles and a secondary air system, which works to boost power by 3bhp (taking power up to 98.6bhp at 7250rpm). Peak torque is the same as it was (at 82.6lb-ft), although it’s now available 700rpm lower down in the revs, which should help make the bike feel a bit more responsive. There is a new, low inertia crank and alternator, which Triumph claims reduces internal inertia by a massive 17%. The Speed Twin spins faster, revs harder and now has a 500rpm higher redline than the outgoing model.
And the changes don’t end there. In addition to the raft of updates to the engine, Triumph has gone to work on the chassis in a big way, most notably implementing some major updates to the suspension and brakes. 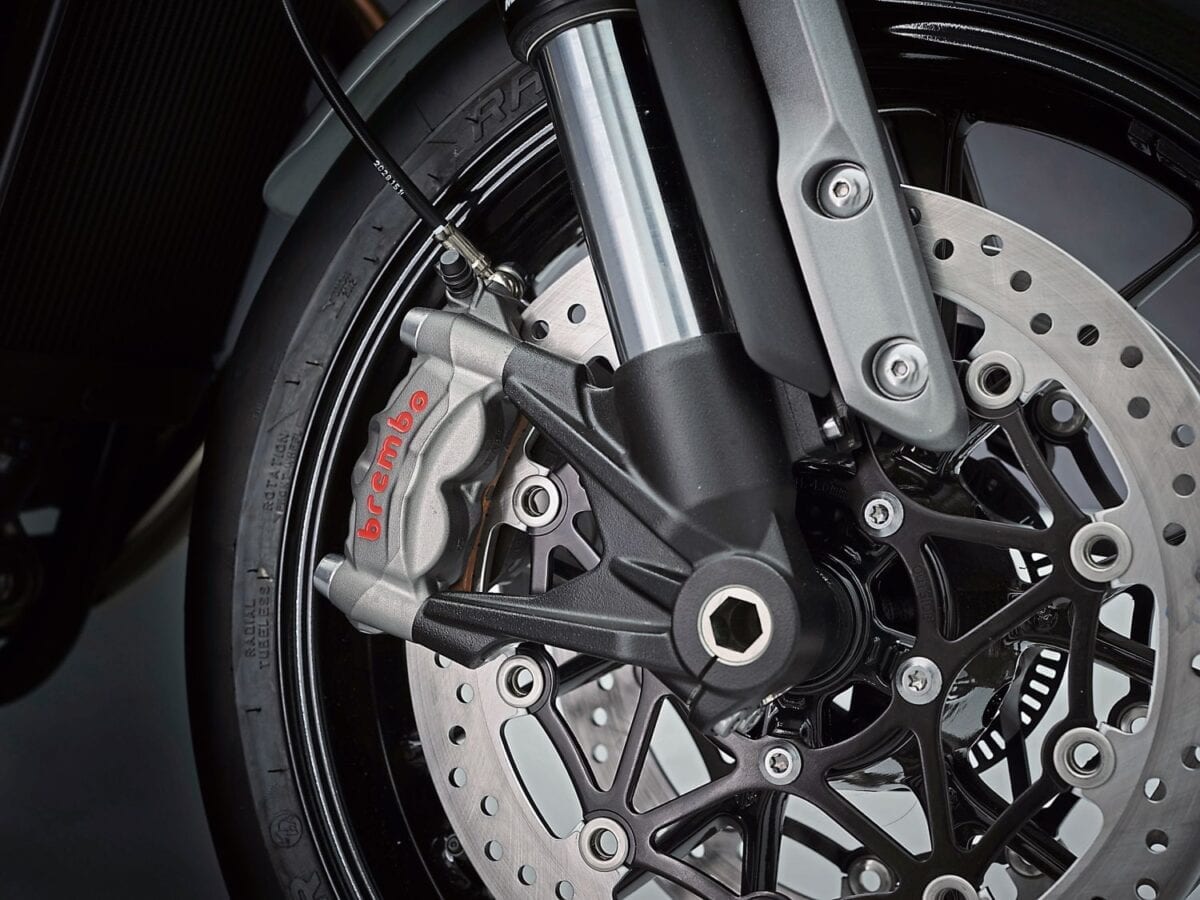 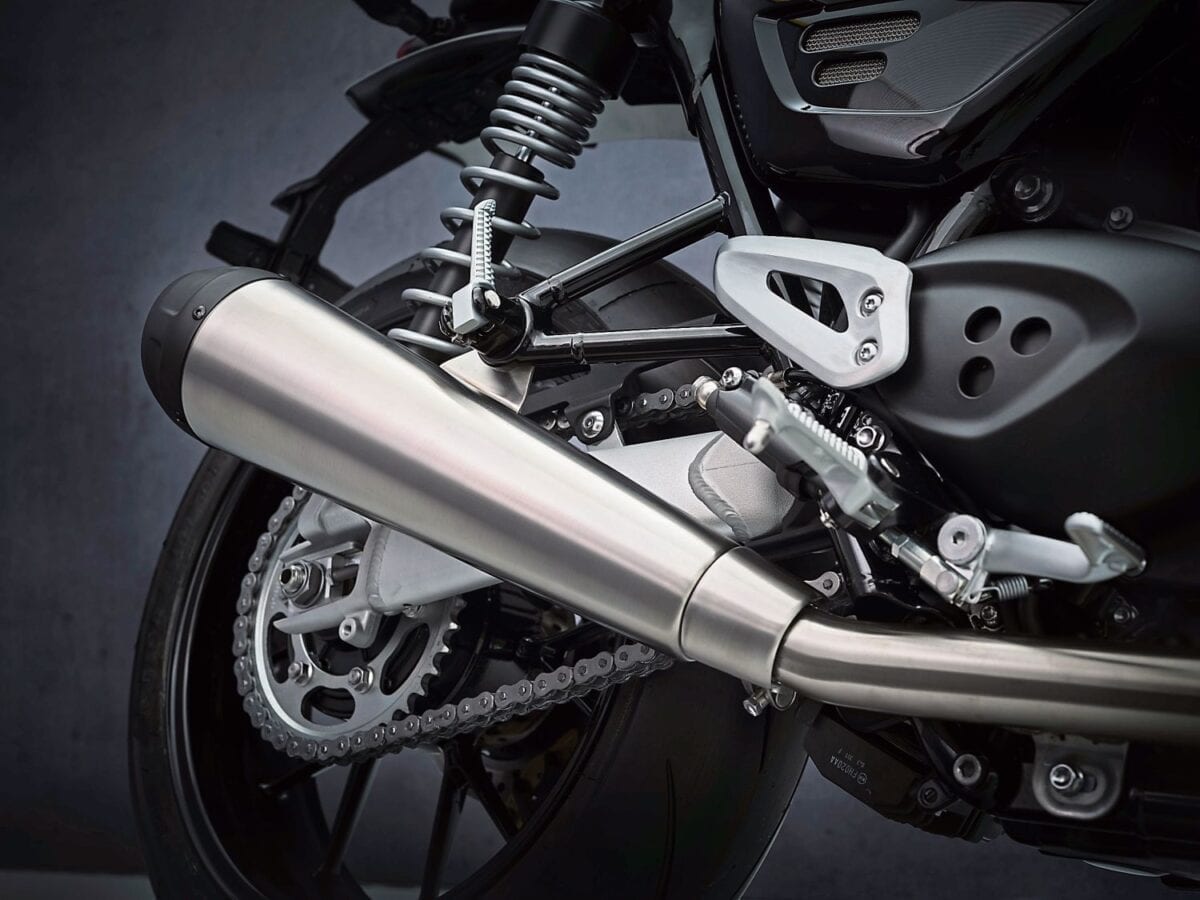 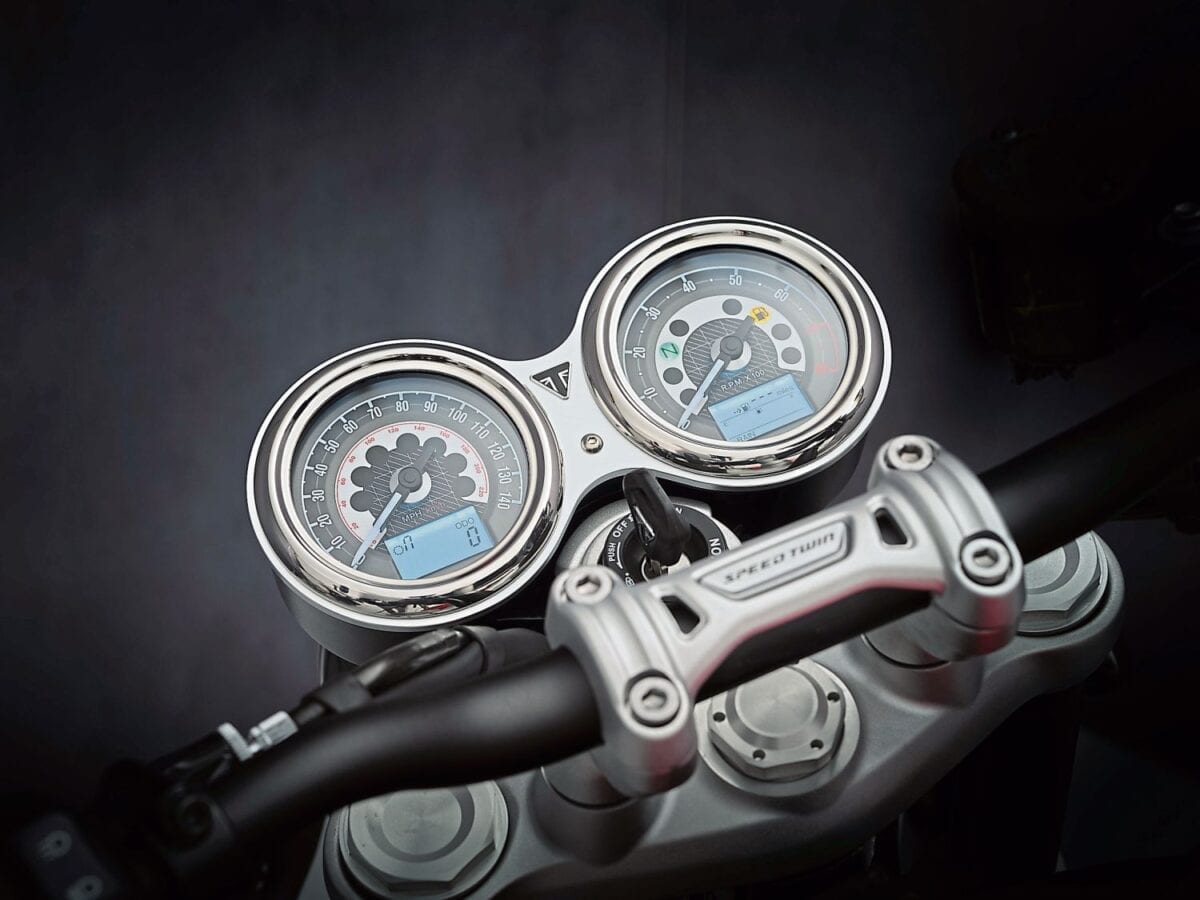 The previous generation’s cartridge forks are gone, having been replaced by some high-spec Marzocchi USD items. Braking is looked after by some new radially mounted Brembo M50 calipers, and there’re also some different lightweight 12-spoke cast wheels that are fitted with Metzeler Racetec RR rubber. Away from the engine and chassis, Triumph has given it a bit of a freshen up visually.

There’re three new colour schemes with updated graphics to choose from (Red Hopper, Matt Storm Grey and Jet Black), which each come kitted out with some new brushed stainless steel silencers, an anodised headlight and front mudguard mountings.
Priced at £11000, if you’re interested in getting your hands on one you won’t have to wait too much longer… it’s expected to arrive in Triumph dealers from August. For more information on the updated Speed Twin, head to: www.triumphmotorcycles.co.uk